Women were previously prohibited from driving trains on the Moscow Metro.

(CNN)Trains on the Moscow's famous Metro subway system will now be driven by women, after a decades-long ban on female drivers was overturned.

The first of a new generation of women drivers started work on Sunday, according to a statement from the Moscow Department of Transportation.

Russia's Ministry of Labor ordered that women be allowed to drive trains on the network a year ago, and now the first cohort have successfully completed a training program and entered the workforce. Of the 25 women who started the course, 12 completed it and will become drivers, according to the department.

"Next year, at least 50 new employees will join the ranks of our female drivers," the statement said. "We are very proud that Moscow transport is a territory that is accessible to people regardless of gender!" 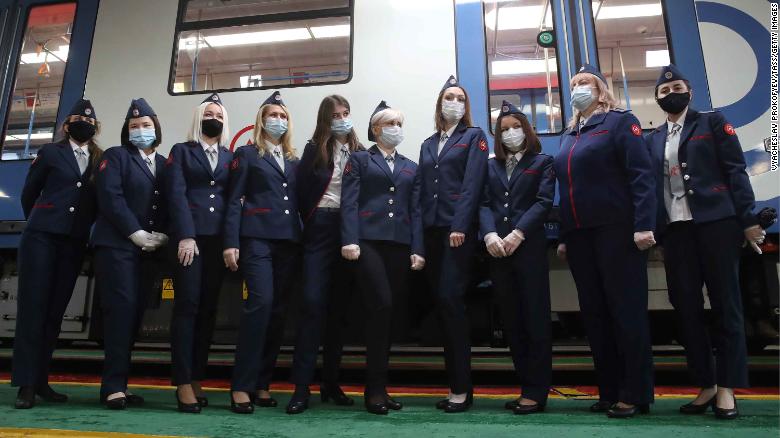 Russia's Ministry of Labor issued a decree allowing women to work on the metro in 2019.

The new drivers will work on the Filevskaya line, one of the most modern on the Metro network.

Women were allowed to drive trains on the network from 1936, but a ban on hiring new female drivers was introduced in the early 1980s, according to the Moscow Mayor's office. 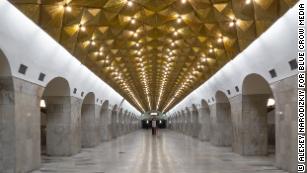 Underground design: A journey through the Moscow Metro

"This was explained by the protection of women from tough burdens of the job and unfavorable work conditions," it said.

The Department of Transportation said the job previously involved "heavy physical exertion" but many processes are now automated.

Kristina Vakulenko, 31, was one of the first women to sign up for the program.

"Now we are being trained to work on the new Moskva trains -- they are modern, so the working conditions are much better than they were before," Vakulenko, whose husband is also a Metro driver, told the state-run TASS news agency in May. "I myself cannot compare, but my husband says that the difference from the old model is very noticeable." 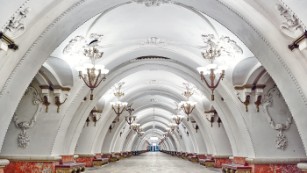 Vakulenko said the training program is "difficult," but pointed out that drivers get 48 days' vacation every year.

Special uniforms have been developed for the female drivers, who will be allowed to choose between a skirt or pants.

Some 36% of the Moscow Metro's total workforce of 62,000 employees is female, according to the statement.

The Metro, which began operation in the 1930s, is known for its spectacular architecture, and taking the subway has been likened to traveling through a national heritage site.

The historical use of magic mushrooms

14 Places To See On A Drive From Vancouver To Calgary