ROUTE 66 IS America’s most famous road. Some people take it for the history, others take it for the art, and many take it because Route 66 has an outsized reputation in a country in love with the great American road trip. What’s often left out of the conversation, however, is Route 66’s strong connection to another beloved American pastime: sports.

Ron Clements new book, A Sports Fan’s Guide to Route 66, puts athletics of all kinds front and center from the highway’s start in Chicago to its end in Santa Monica. There are NASCAR tracks up north, rodeos in the Southwest, and golf just about everywhere. And Clements doesn’t leave out the natural wonders, small towns, and quirky art that make Route 66 what it is today.

After reading the book, it’s hard to understand why sports don’t get the same amount of attention that’s lavished on other aspects of Route 66. The road is bookmarked by two of the most storied franchises in sports: the Chicago Bulls on one end and the Los Angeles Lakers on the other. Clements meticulously documents the in-between with just as much care. He notes the high schools and small colleges where athletes like Mickey Mantle, coaches like Rex Ryan, and many other famous figures in the world of sports got their start.

The book makes clear the argument that just like road trips today wouldn’t be the same without the history of Route 66, neither would sports without the many athletes who played along the same stretch.

Today, Route 66’s practical role is over. Five interstate highways — I-55, I-44, I-40, I-15, and I-10 — replaced Route 66, and it was officially decommissioned in 1985. Still, nostalgia and a long list of worthy stops drive people to this bastion of car culture. Using A Sports Fan’s Guide to Route 66 as a guide, you’ll find that the Mother Road is a bastion of sports culture, too.

The book covers every state along the route (Illinois, Missouri, Kansas, Oklahoma, Texas, New Mexico, Arizona, and California) in 300-plus pages featuring full-color photos and plenty of tips on where to stay, what to eat, and what to do. While it’s a pleasure to read through and find stats, historical notes, and cultural discoveries on each page, it is at heart a guide. The book is something to keep in the car for reference — a personalized handbook that can deliver more than what you could find with even the best of Google searches.

I caught up with Clements to learn more about the many miles he drove and the best stops he took while putting together the first sports book on Route 66.

This interview has been edited for clarity and length. 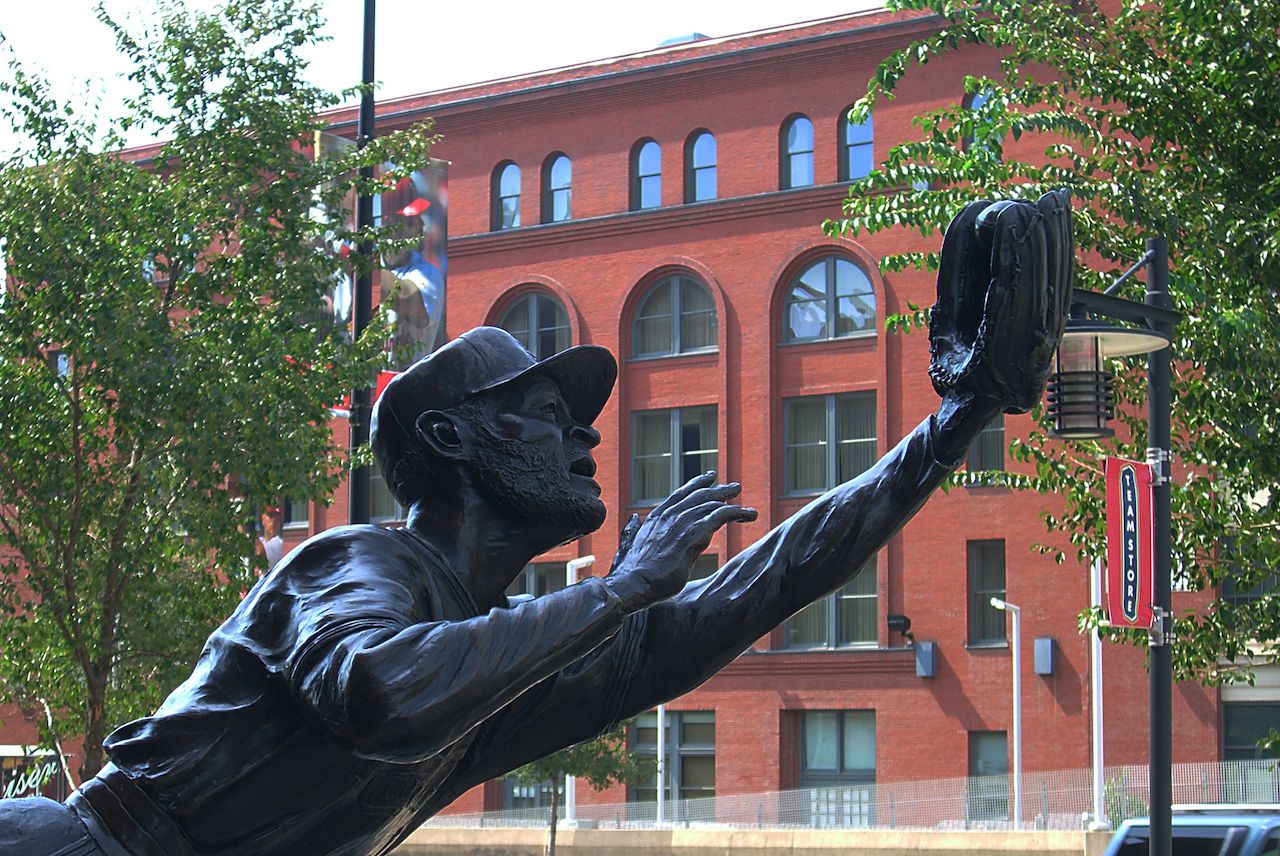 Big cities (especially at the start and stop) with pro sports teams seem like easy and predictable inclusions. What would you say is the biggest and most historic sports team along Route 66?

As much as it pains me to say as a Milwaukee Brewers fan, I would have to say the St. Louis Cardinals are the most historic pro sports team along Route 66. It’s the most successful National League franchise with 11 World Series championships and a slew of Hall of Famers. That’s no slight to the other pro sports teams in Chicago, St. Louis, Oklahoma City, or Los Angeles, but only the LA Lakers have had a similar history of success. But the Lakers began in Minneapolis and share an arena with two other teams. The Cardinals ARE St. Louis, which is maybe the best baseball city in the country.

What are your favorite small towns that made the cut, and what sports or sports culture connection makes them your favorite?

Pontiac, Illinois; and Tucumcari, New Mexico; are popular with Route 66 travelers because they both embrace the Route 66 culture. The signage is everywhere, and the towns’ museums are great. Both towns also have rich sports histories. Pontiac hosts the oldest holiday high school basketball tournament in the country, and Tucumcari has one of the nation’s best college rodeo programs. Both Pontiac and Tucumcari high schools also have a long history of sports success, so there’s a little of something for everyone in each. Seligman, Arizona, is also an endearing Route 66 town but doesn’t offer much in terms of sports because the high school’s heyday coincided with the height of Route 66.

There’s a great diversity of sports you included. Were there any that surprised you or particularly stood out?

I knew of a couple of rodeo arenas along Route 66, like in Cuba, Missouri, and Amarillo, Texas, but I didn’t realize how big rodeo is between Cuba and Williams, Arizona. And then there’s the aforementioned Tucumcari with its fall slate of rodeo, highlighted by the October National Intercollegiate Rodeo Association (NIRA) event at the Quay County Fairgrounds the same weekend as the Fossil Day Festival. Discovering the many rodeo arenas along the Mother Road was one of the more surprising things of the trip.

What was your research process like? How many miles did you go?

We did the entire route, from Chicago to Santa Monica, so we did about 2,500 miles and then some. We took two months to travel the entirety of Route 66 in the fall of 2019, and I attended several games, both as a fan and as a credentialed media member. 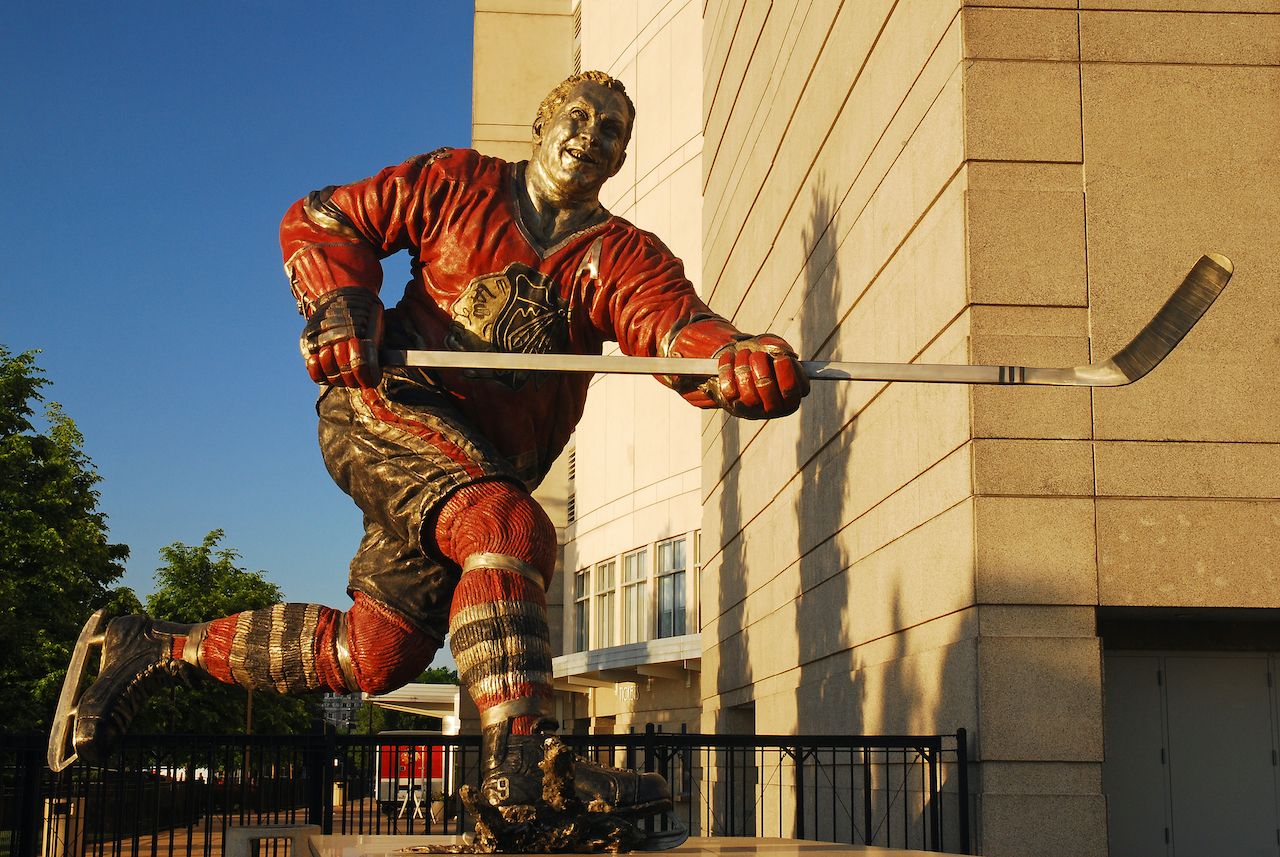 The first sporting event was a Chicago Blackhawks game on September 25, and the last was a UCLA basketball game. The research on the professional teams and NCAA Division I universities was relatively easy because there is so much information out there. The smaller colleges and the high schools were a little more difficult, but it helped to speak with people and peruse the state high school athletic associations’ records. The Illinois High School Association (IHSA) is one of the best in terms of records being available online. A Sports Fan’s Guide to Route 66 is loaded with about 60 interviews, and those interviews not only add to the uniqueness of the book but definitely helped with the research for it.

It’s easy to get cliche about the power of sports to bring people together, but do you see any deeper truth to it after looking at the sports along Route 66?

Sports do bring people together, certainly, and that is definitely true at the high school level – especially in smaller towns.

One thing I wrote in the book and I’ve mentioned to people as I tell them about A Sports Fan’s Guide to Route 66 is that if they want to meet locals and learn more about the community through which they’re driving, they should attend a high school sporting event. These games have people in the stands who have lived in the same town for decades. There are septuagenarians and octogenarians whose kids and grandkids have long graduated and moved on from the school, but they still attend games because it’s part of the community fabric. That is something truly unique to small-town America.

Can you explain more about the many high school sports you cover in the book?

A Sports Fan’s Guide to Route 66 is the first-ever sports-related book about Route 66, and I wanted it to be as thorough and comprehensive as possible. Small towns are part of the Route 66 allure for some people. I have seen social media posts about people wanting to avoid the big cities as they travel down America’s Main Street, so I knew small towns were an endearing aspect of the route for many. 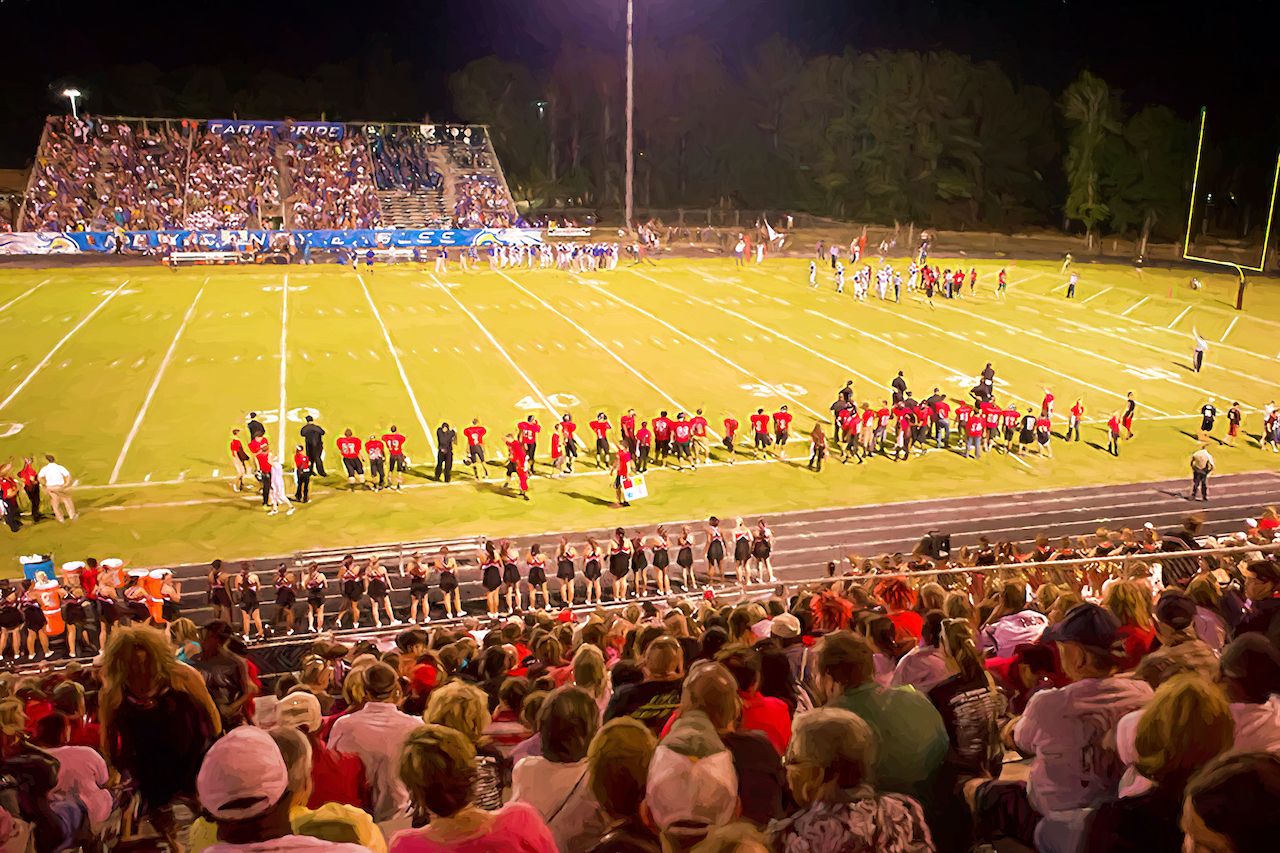 I grew up in a small city, and I love high school sports. When I began as a sports writer, I was covering high school athletics. The games are fun. The fans are into it because they’re the friends, parents, grandparents, aunts, uncles, and siblings of the athletes. The United States stands alone as a nation that holds amateur athletics in such a high regard, and I didn’t want to leave that out of the book. Someone traveling from Germany or Japan might not understand why college and high school sports are so popular here, and that’s something I wanted to help explain.

What do you believe is the through line that connects the sports along Route 66 beyond the road itself?

Each city has its own personality in terms of sports, but every Los Angeles Dodgers fan should travel Route 66. Each level of Dodgers baseball can be found along Route 66 – Single A in Rancho Cucamonga, California, Double A in Tulsa, Triple A in Oklahoma City, and then the MLB team in Los Angeles. There are two other Double A teams that play in the same league as Tulsa, so fans could see the Drillers play in Springfield, Missouri, and Amarillo. They could also see the LA Dodgers play the Cardinals in St. Louis or the Cubs in Chicago.

Which state do you feel has the most to offer for sports along Route 66?

Because of the terminus cities of Chicago and Los Angeles, I’d probably have to go with Illinois and California. Each major pro sports league is represented in the Windy City and LA, but you also have horse tracks, auto tracks, NCAA Division I and II universities, dynastic high school programs, and many golf courses along Route 66 in each state.

Oklahoma competes with the much bigger cities and more population of California. Do you think that’s a result of how long the road goes through Oklahoma, or something about the state’s connection to sports overall?

I think Oklahoma stands out because Route 66 goes directly through the state’s two largest cities. That’s something you don’t see in the other states. You’ve got Chicago in Illinois, but Route 66 doesn’t go through Peoria. You’ve got St. Louis in Missouri, but not Kansas City. Amarillo is nowhere near the size of Dallas or Houston in Texas. Route 66 is hours north of Phoenix in Arizona. And then in California, it’s just Los Angeles and not the other Golden State metropolises. But in Oklahoma, Route 66 is part of the identities of Tulsa and Oklahoma City. Route 66 literally runs along the campus of the University of Tulsa and goes through downtown OKC. It doesn’t hurt that sports teams at every level in those two cities have been successful.

Keeping with the car theme, what were your favorite Route 66 racetracks that you came across and why?

I’m admittedly not a big auto racing fan, but I’d have to go with Chicagoland Speedway and Route 66 Raceway outside of Joliet. Speaking with the track president there and hearing the passion he has for the sports of stock car and drag racing, it was hard not to love the place. Unfortunately, 2020 had an adverse effect on the tracks’ schedule, but hopefully, brighter days are ahead.

Golf seems to be everywhere. Do you think that it’d be a worthy trip for a serious golfer to try and complete every course along Route 66?

I included golf courses for this very reason. Living full-time in an RV for the last three-and-a-half years, I have met countless people who have been on golf road trips. When I first started to notice golf courses near Route 66 in Illinois, I knew I had to mention them in A Sports Fan’s Guide to Route 66. Any serious golfer would have a blast traveling Route 66 and playing the many courses found along it.

Greece, a hike to a mystical cave is as cool as the ruins

Where to travel in September for the best outdoor adventures