Now reading: Why I Would Never, Ever Buy A Timeshare
Share
PrevNext

From our friends at One Mile at a time:

I recently wrote about how Solaz Los Cabos (which is a property with both a hotel and timeshares) suddenly and mysteriously closed down last week. An interesting discussion emerged in the comments section about timeshares. Several readers asked why I never write about timeshare deals, or what a great value they can be.

In this post I wanted to share my take on why I’d never consider buying a timeshare. It’s just my opinion, and I invite readers to help me understand what I’m missing.

What is a timeshare?

To start, I wanted to briefly share the concept of a timeshare. While the exact details vary significantly, the idea is that you purchase fractional ownership for accommodation at a resort:

Those are the very basics, though hopefully that’s a useful summary for those who aren’t familiar with the concept.

I have a confession to make, because to this day I have timeshare related guilt. I grew up in Tampa, and when I was a young kid I managed to convince my parents that we needed to get a timeshare.

More specifically, we got one of those deals where you could go to Orlando for a long weekend for a small amount of money, and just had to attend a timeshare presentation. Of course the presentation made the concept sound amazing.

Well, fast forward a few years. As it turns out, while 10 year old me thought vacationing in Orlando every year for a week would be the funnest thing ever, that feeling didn’t last. Exchange options were extremely difficult, and my dad spent 10 years trying to get rid of the timeshare. He couldn’t even give it away for free, and just have someone take over the maintenance fees.

Eventually he paid a company to take it off his hands and transfer it to someone else. To this day I feel guilty about that, and have committed to never even considering a timeshare.

The argument in favor of timeshares

A reader left the following comment on my post about Solaz Los Cabos, which I think basically sums up the argument in favor of timeshares:

Timeshares are a phenomenal investment. Even if you hate the idea you can’t argue that the room cost is way way way cheaper in comparison to inflation. I have yet to meet someone who owns a timeshare who USES it who doesn’t love it.

And I think that statement is mostly fair. A timeshare can represent a great deal if:

Why I don’t think timeshares are worth it

There are a variety of reasons I’d personally never consider buying a timeshare, which I’ll outline below. Let me acknowledge that everyone is entitled to their own opinion, and I’d welcome timeshare owners to correct me on any points I’m wrong on.

It’s also worth mentioning that not all timeshares are created equal, and I’m sure some do business more ethically than others. However, I think the below points are generally true.

The sales process is ridiculously sleazy

The only timeshare presentation I’ve attended as an adult was at Solaz earlier this year, and I was basically forced into it. To be clear, I didn’t book a special timeshare rate or anything, but rather had redeemed points. During check-in I was directed to a room (allegedly an “art museum” that they show all guests while checking in), but then they badgered me and wouldn’t let me leave until I agreed to attend a presentation.

I find everything about the process of selling a timeshare to be sleazy at best, and predatory at worst. They use very pushy sales technique out there to get you to agree to a commitment that will last 20+ years (or in some cases forever): There’s no transparency with timeshare pricing

Why would anyone voluntarily want to do business with such jerks? A timeshare presentation makes me yearn for interaction with a cable or cell phone company.

Below is a real timeshare sales staff meeting clip — this isn’t a parody. The strategy is to convince people selling timeshares that they’re saving lives, because people who vacation more are less likely to have a heart attack. Therefore timeshare salespeople are like doctors, nurses, and firefighters. Right.

Airline contracts of carriage are extremely one-sided. Airlines hold all the control, and consumers have very little control. But the sad reality is that you don’t have an alternative, because all airline contracts are that way, and there are many situations where you can’t avoid flying.

Timeshare contracts are equally one-sided, except they’re a much bigger commitment, and they’re easier to avoid. Generally speaking:

Timeshare properties are solely motivated by hoping to sell more timeshares to more people, since there’s no incentive to take care of existing clients, since they’re already on the hook and don’t have an out.

I think the current situation at Solaz Los Cabos is the perfect example of how shady timeshares are: Your travel options are highly restrictive

In theory I can see the draw of buying a timeshare if you plan to go to the same property year after year. Personally I don’t know where I want to live in five years, let alone where I want to vacation then, since life circumstances are constantly changing. We all evolve over time, and I’d think that also applies to travel preferences.

One thing I often see promoted about timeshares is how you can “trade” your week for a stay at another property. However:

Committing yourself to play this unnecessary game for decades to come just seems silly to me. 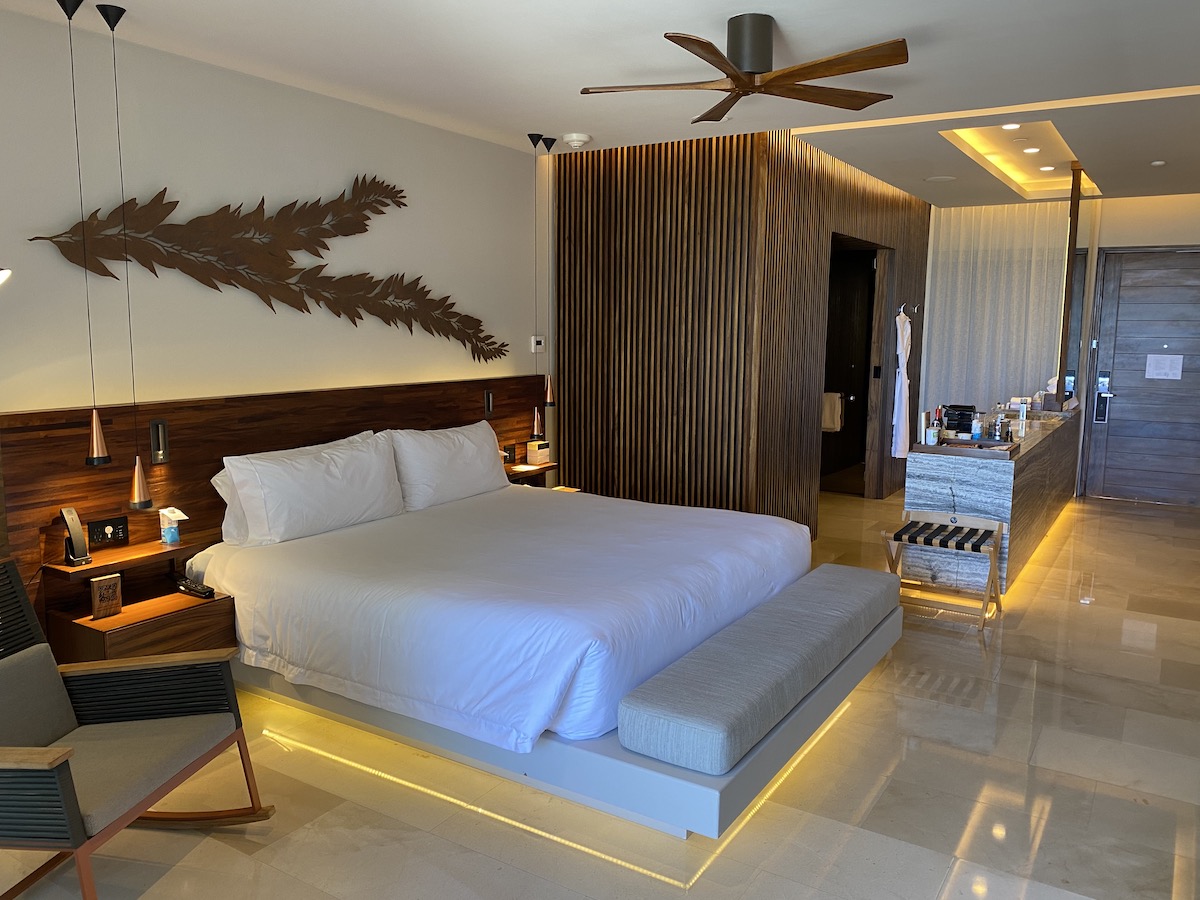 The math doesn’t add up to me

For those who talk about what a great “investment” timeshares are, I’d say that: 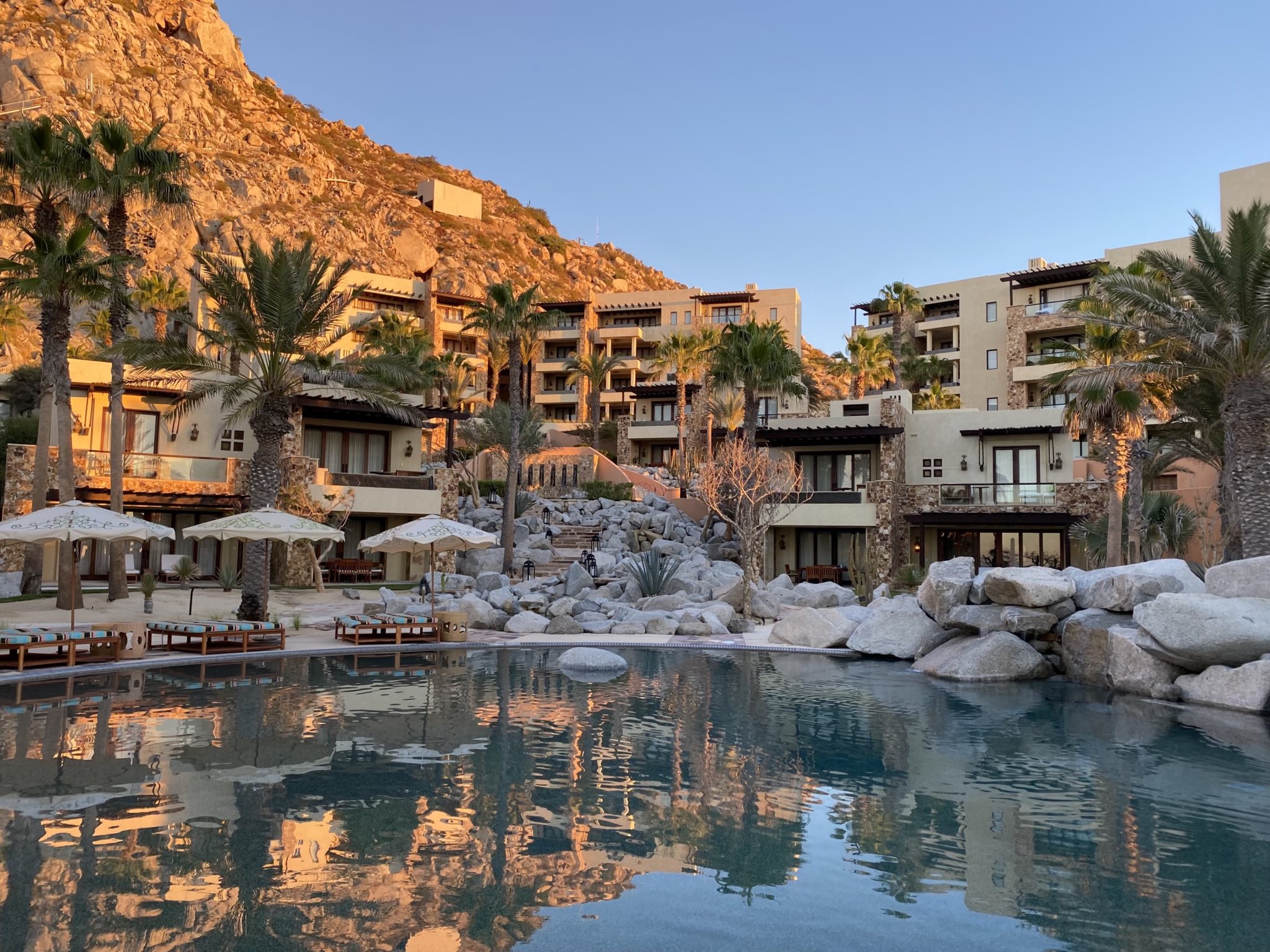 I do think there are timeshare opportunities on the secondhand market. There are lots of people who have success picking up timeshares for next to nothing as others try to drop them, and in those cases I believe there could sometimes be value for timeshares for some types of travelers.

Of course that’s not how most people buy timeshares — rather they buy them directly from the developers during a high-pressure sales pitch. But for those who invest a lot of time into researching, I suspect there are some opportunities.

While I absolutely believe that some people get a good value out of timeshares, it’s simply something I’d never consider. Perhaps it’s partly because of the guilt I feel from my childhood of convincing my parents that an Orlando timeshare was a good idea.

But personally I find timeshares to be the least appealing accommodation concept out there, and everything about it feels slimy to me — the sales process is sleazy, you’re entering a one-sided contract often valid for the rest of your life, and the only motive of timeshare properties is to sell more units, rather than take care of existing owners.

While I’m all for getting a deal, to me timeshares are the wrong kind of deal-chasing — you’re paying a lot of money upfront for a lot of uncertainty. Maybe there are some opportunities on the secondhand market, but otherwise…

Where do you stand on timeshares?

Hotel Breakfast is BACK and Worse than Ever Before