Now reading: The historical use of magic mushrooms
Share
PrevNext

It’s not hard to find stories that promote the historical accounts of ancient civilizations that use magic mushrooms, but you might not want to trust everything you read. Psychedelics may not have been as prevalent as all of the stories make it seem, as detailed in a Vice story by Manvir Singh, who writes that modern stories about centuries-old psychedelics use in Central and South America are often exaggerated or fabricated for tourists.

Still, there’s no denying that there’s evidence of early cultures eating magic mushrooms around the world. Rock paintings from 7,000 to 9,000 years ago that appear to depict psychedelic mushrooms have been found in the Sahara Desert, according to research printed in the Journal of Mind-moving Plants and Culture in 1992. The research also cites theories of magic mushrooms appearing in Bronze Age-era cave paintings in what is now Sweden, as well as in paintings in Siberia from the neolithic period around 4,500 BCE.

It’s impossible to know how users of magic mushrooms and other drugs were regarded by ancient cultures. The evidence, however, suggests that the natural psychedelics were used for spiritual practices more than recreation. 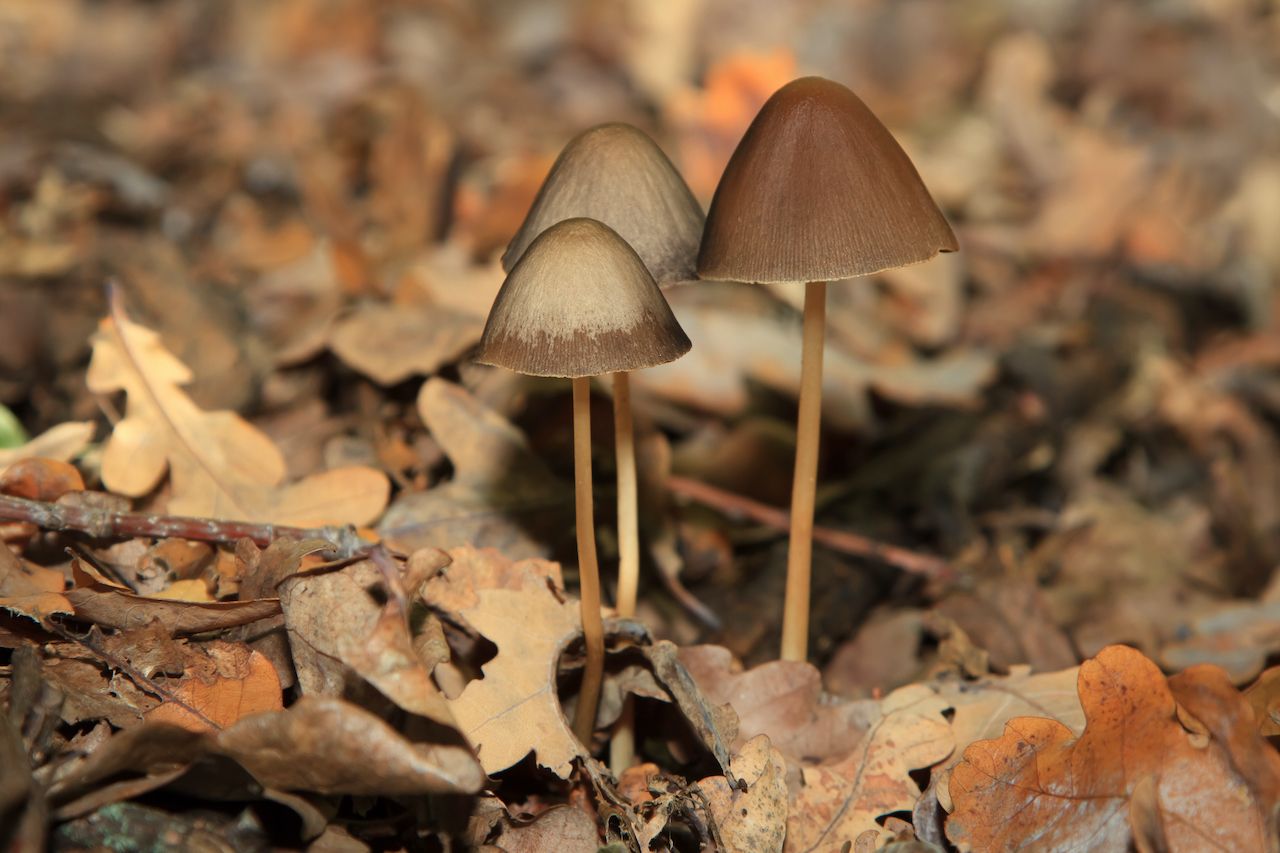 One of the most ubiquitous, and therefore one of the most popular, types of psychoactive mushrooms is Psilocybe cubensis, according to Psilopedia. Former vice president of J.P. Morgan Chase popularized the strain in the US in 1957 after writing a story for Life magazine about an experience he had in Oaxaca, Mexico. It just so happened that the strain is both easy to find in nature and easy to cultivate at home. Man-made strains like Penis Envy and Pink Buffalo can result in much higher quantities of psychoactive compounds according to Double Blind.

Chances are high that if you’re presented with mushrooms today they will be cultivated rather than gathered. This is especially true if you’re not consuming them in the small harvest window required by many wild varieties. That doesn’t mean naturally occurring mushrooms aren’t waiting to be found by the right person, however (and the right person, meaning a person with expert knowledge in foraging and wild plant species, is important, considering many magic mushroom varieties are similar in appearance to mushrooms that can kill you or make you extremely ill).

The website Psilopedia lists Psilocybe semilanceata (commonly known as Liberty Caps) as the most widespread and the most potent variety of magic mushroom. It’s native to Europe and grows in acidic soil, which is also perfect for lawns — which might explain its prolific growth. Liberty Caps are also found in the Pacific Northwest and parts of northeastern Canada, as well as Chile and New Zealand.

Other popular types of magic mushrooms have a more limited natural range, according to Double Blind. Psilocybe azurescens (Flying Saucer mushrooms) are found almost exclusively in the Pacific Northwest, for example, while Psilocybe mexicana thrives in the high-altitude Mexican states of Oaxaca, Pueblo, and Michoacan.

Psilocybe caerulescens (or Landslide mushrooms) come from Mexico’s Sierra Madre mountains as well as Venezuela and Brazil, while Psilocybe stuntzii (Blue Ringer) is only found on the west coast of the US and Canada. Psilocybe caerulipes (Blue Foot mushrooms) grow on dead wood in the East and Midwestern US.

The list of varieties that can be found in nature on multiple continents is just as long as the list those that are specific to a certain region and environment. Psilocybe cyanescens (Wavy Caps), for example, grows on wood debris. The previously mentioned Psilocybe cubensis can be found from North America to South America, as well as in Australia and Southeast Asia — often growing on dung.

A local variety of magic mushrooms will likely be ripe for the picking in the nature around you, wherever you’re traveling. Whether or not you can legally eat said mushrooms, however, is a different story, so be sure you’re aware of local laws before partaking.

Save money — and the hotel industry — by purchasing ‘hotel bonds’