Now reading: THE 17 BEST THINGS TO DO IN CROATIA
Share
PrevNext 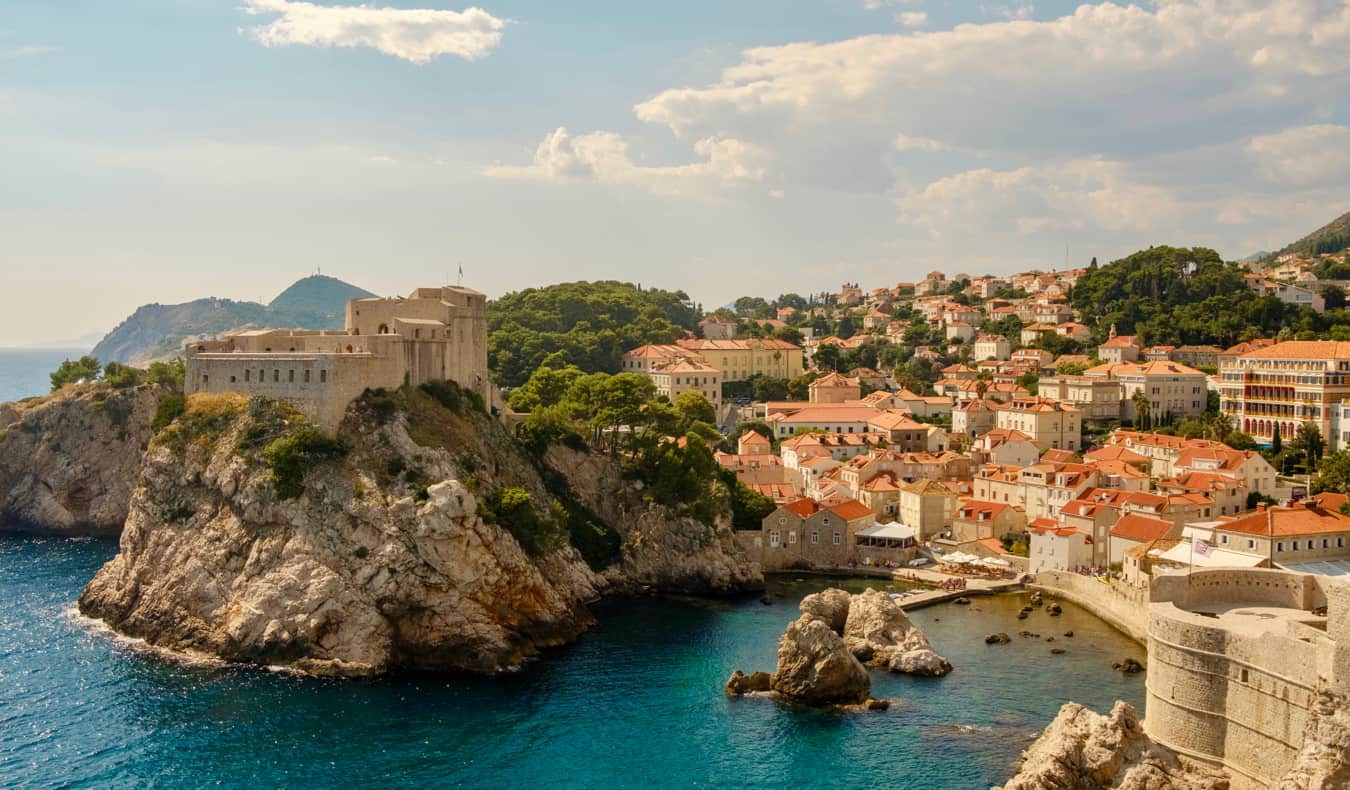 A couple of decades ago, most people associated Croatia with the brutal Balkan Wars that ravaged the region until 1995. But in the last ten years, the country has become a hot spot for tourism, getting a ton of attention from travel magazines and influencers and a surge of visitors (thanks to Game of Thrones).

When I first visited Croatia in 2013, it was already popular. Its gorgeous coastline dotted with compact, medieval seaside towns and innumerable islands made it a hot destination. Split and Dubrovnik were packed with summertime tourists, Yacht Week attracted thousands who wanted to party in the sun with strangers (remember those times?), and foodies were indulging in the country’s excellent cuisine.

That popularity has only accelerated and, though tourist numbers are down as a result of the pandemic, Croatia remains one of the top destinations in Europe.

This year, I went back and spent most of my time on the Dalmatian coast, as well as exploring tiny towns, Zagreb’s eclectic museums, impressive national parks, and the country’s burgeoning wine scene. While cities like Split and Dubrovnik still get overrun by crowds in the busy summer months, the rest of the country is relatively untouristed (and a lot more affordable).

To help you plan your trip and make the most out of your visit, here are the 17 best things to do in Croatia: 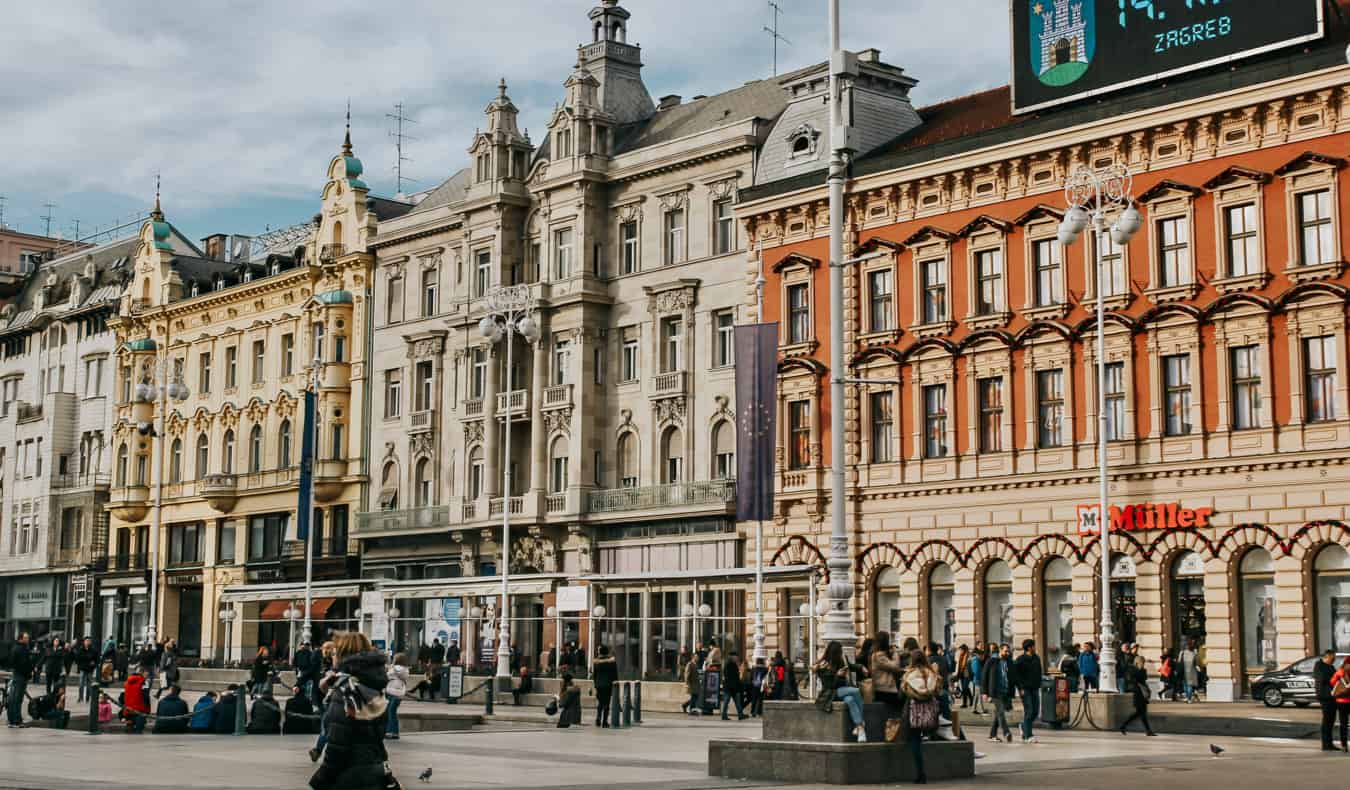 Don’t miss the Museum of Broken Relationships, the Hangover Museum, and the Botanical Gardens. Make sure to take the free walking tour and Secret Zagreb’s spooky history tour. Also, be sure to visit the Dolac Market for cheap eats, and enjoy all the wine you can drink. For a day trip, head to Jarun Lake (just 8km/5 miles from the city center) to swim or kayak when the weather gets warm.

2. Get off the beaten path in Slavonia

Not a lot of tourists make it to the region of Slavonia (not to be confused with neighboring Slovenia or nearby Slovakia). The region is very rural and famous for all its food and wine production. Its main town, Osijek, has a relatively large historical center filled with Gothic buildings and chunky cobblestone streets. Head to the wine-country town of Zmajevac (“zma-ye-vatz”), just a few miles from the border with Hungary and Serbia. Try anything made with the local Graševina grape. And be sure to try fish paprikash, a paprika-laden fish stew slow-cooked over an open flame for hours.

3. Take a sailing tour around the islands 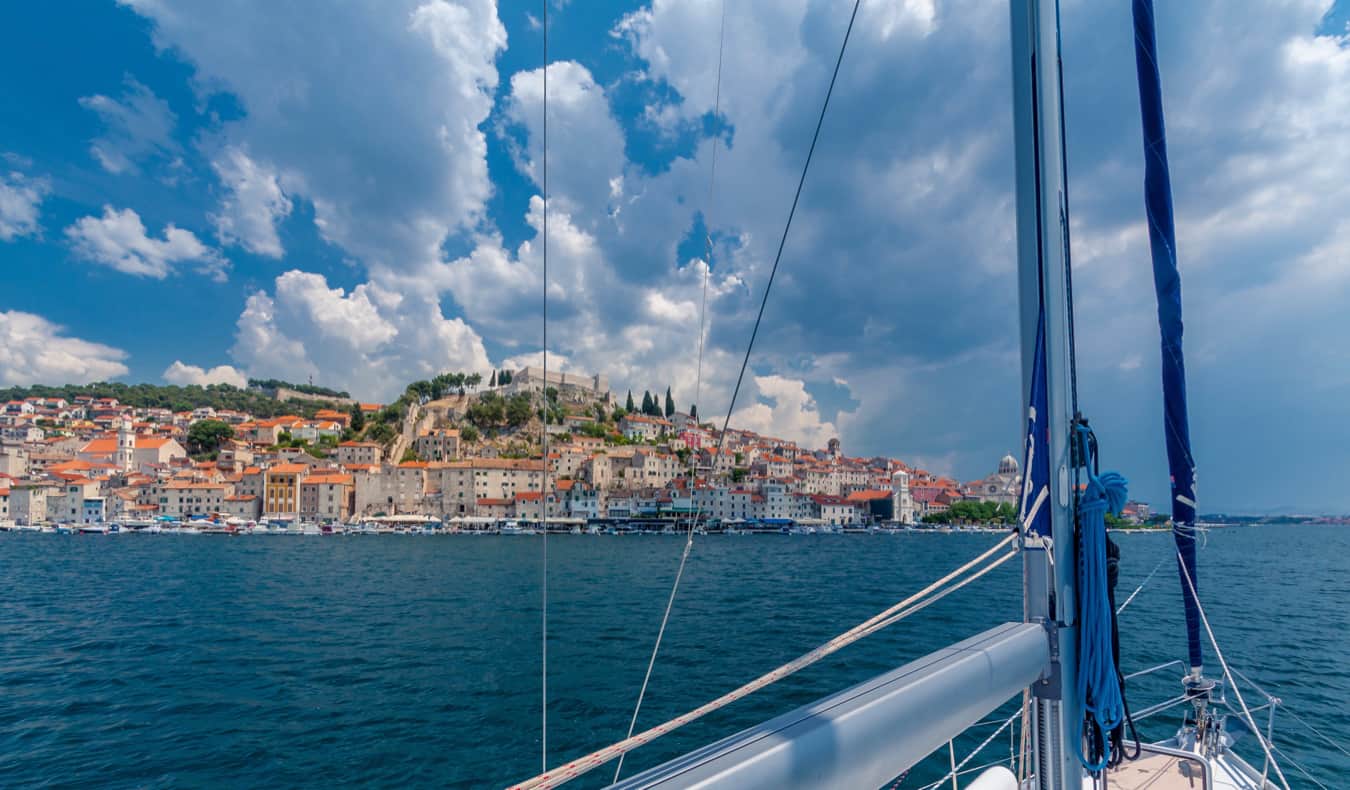 Or you could charter a boat or do a hop-on, hop-off boat tour. Charters can get pricey though, as a seven-day trip starts at 13,000–15,000 HRK. If you’re in the mood for partying, Busabout has hop-on-hop-off boat tours. I did one a few years ago (you can read about it here). For a seven- or eight-day trip, expect to pay 9,500 HRK. During the high season, prices rise dramatically, but if you go during the shoulder season, you can find some great deals.

4. Indulge in oysters in Mali Ston

An hour’s drive up the coast from Dubrovnik is the untrammeled village of Ston and its sibling Mali Ston. Founded in the 14th century, the region was originally home to a defensive fortification. Today, they’re famous for the oysters that are farmed in Mali Ston Bay. You can visit nearby farms to learn more about the oyster industry and try samples. Bota Šare, a restaurant in Dubrovnik, has an outpost here that can organize tours. 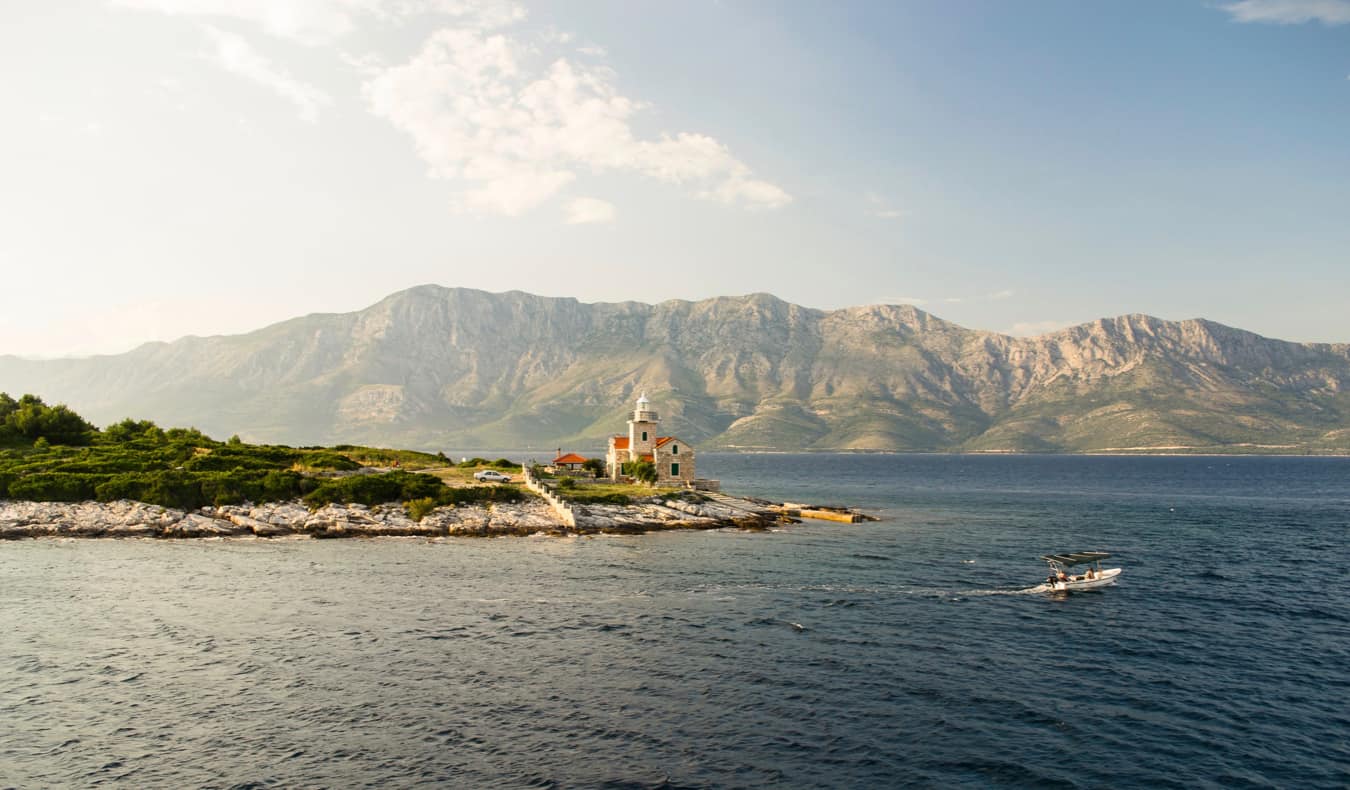 This swath of land (pronounced “pel-yeh-shatz”) is often overlooked as tourists drive the length of the peninsula to reach the short ferry ride to the island of Korcula. But it’s worth spending some time here, as the region produces some lovely wine. One of the best wineries is Križ, which also happens to be one of the few organic ones here. 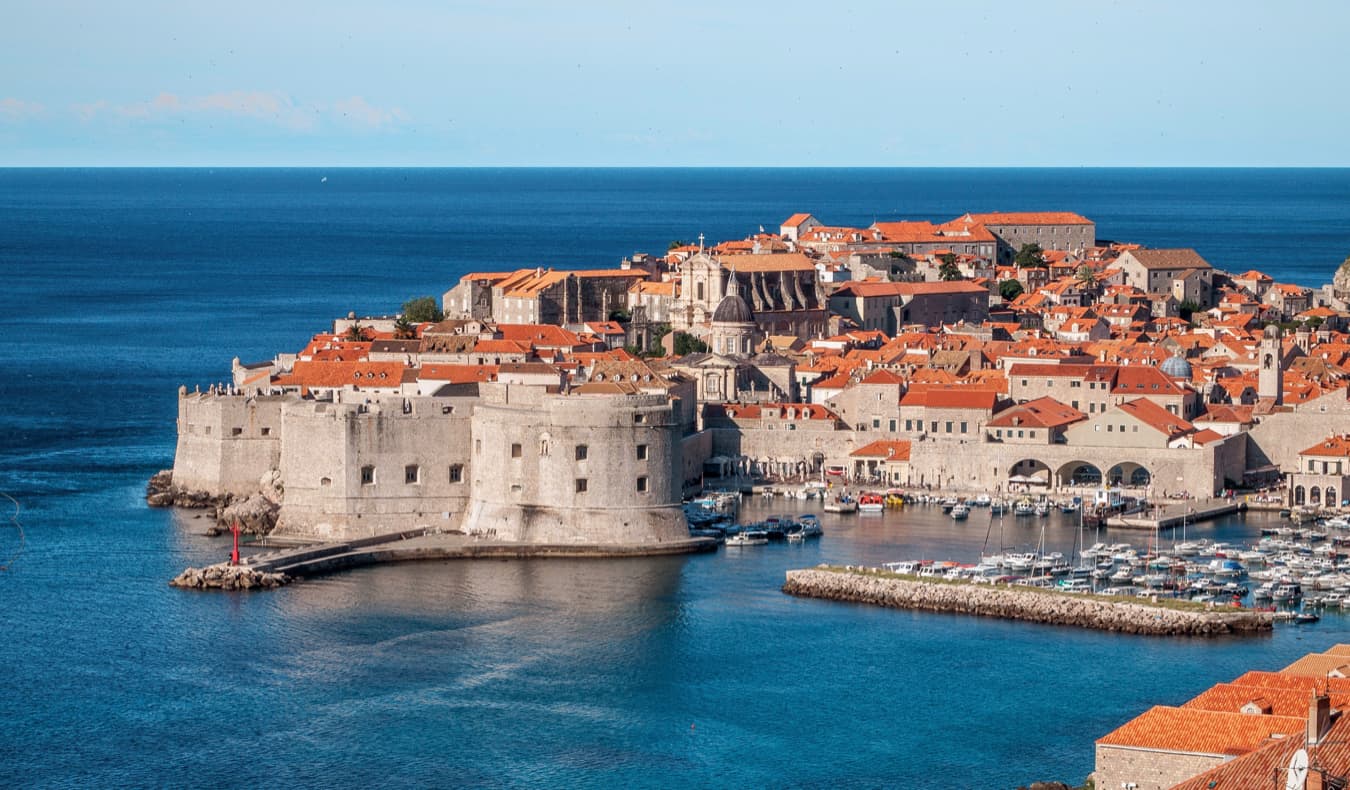 Since Dubrovnik is one of the most popular (if not the most popular) cities in the country, expect crowds and high prices! Steer clear of the restaurant-lined Ulica Prijeko, which locals have nicknamed “Banditen Strasse” (Bandit Street) because it’s where tourists go to get ripped off and eat bad food.

8. Spend a night in Karlovac

This leafy town of 55,000 is an off-the-radar spot about an hour’s drive from Zagreb. It was built by the Austrians in the 16th century, though there’s not much here now. The “castle” is really just a small fort that’s been rebuilt; there are also a couple of small museums, and some walking and bike paths. But its brewery, Karlovacko, makes one of the most popular and ubiquitous beers in Croatia. If you don’t have a car, I’d spent just one night. If you have a car, you could spend two nights here and drive out to some of the nearby waterfalls and hiking trails.

9. Spend a couple of days in underrated Sibenik 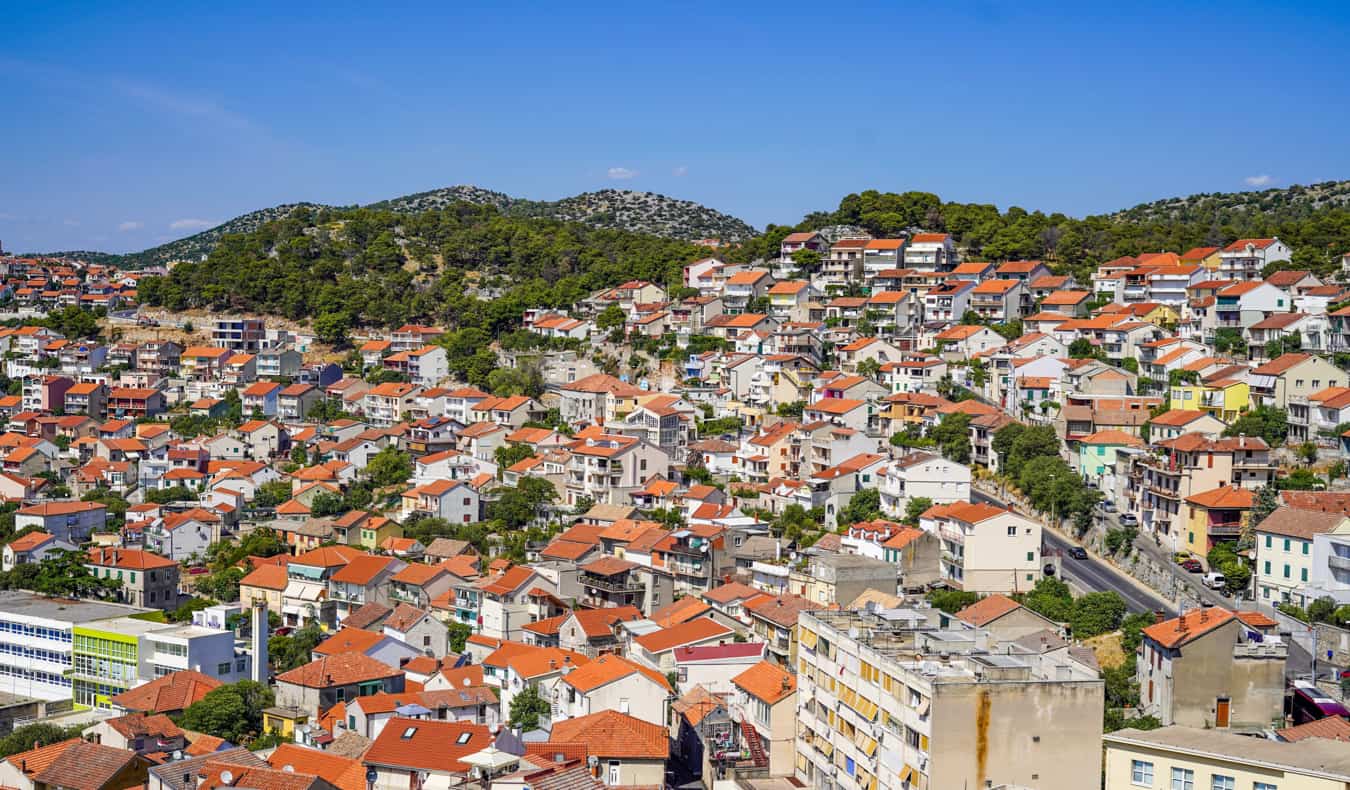 Get all my best Europe travel tips as well as a FREE planning toolkit that includes the following guides sent to your inbox:

Split has one of the great wonders of Europe: Diocletian’s Palace. This UNESCO Heritage Site and erstwhile retirement was home to the fourth-century Roman emperor who reigned from 284 to 305 CE. He was the first Roman emperor to abdicate, retiring to his palace to garden. Having eventually become the hub around which Split was built, the palace has since crumbled and deteriorated here and there, but other things have moved in, as the former hallways and rooms are now flanked by shops and cafés. 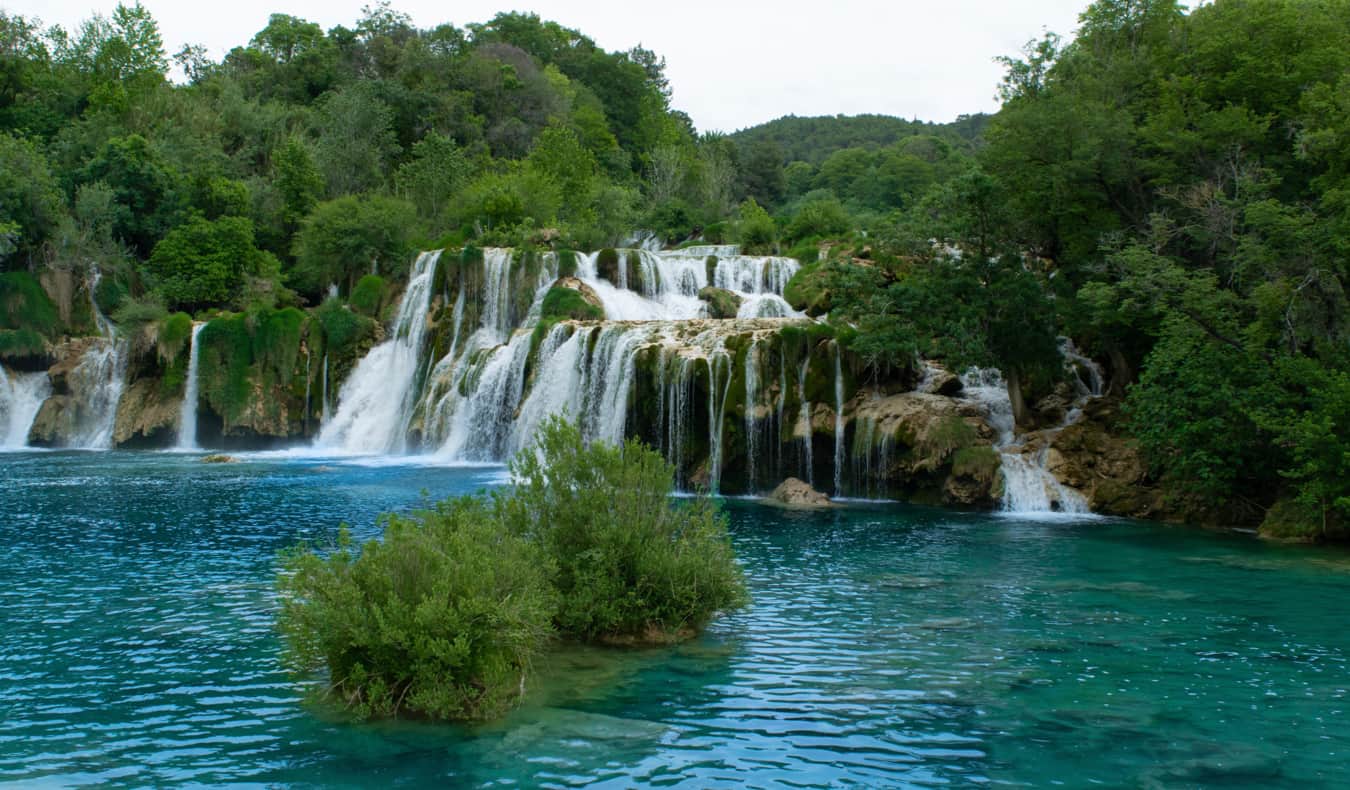 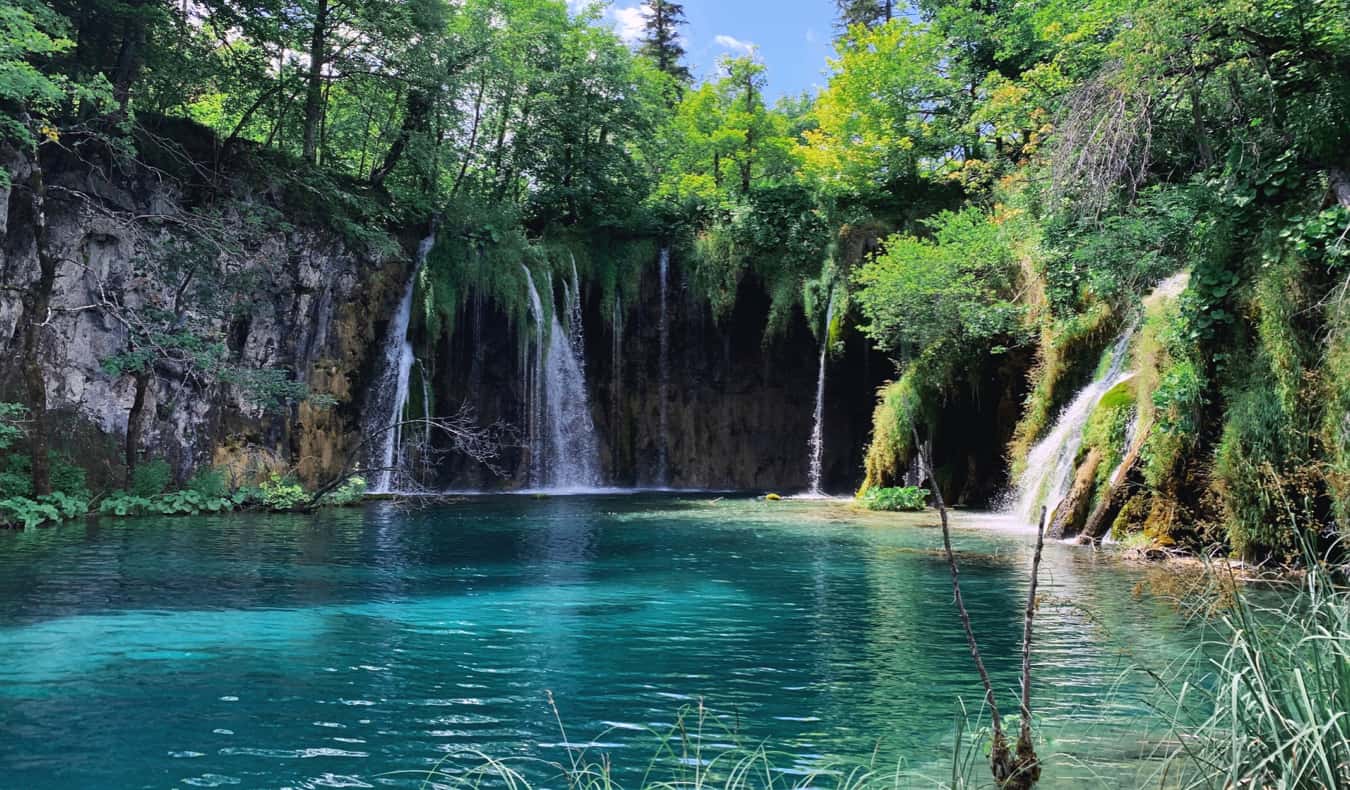 The peninsula of Istria is endowed with high-quality wines, creamy goat cheese, rich olive oil, and sumptuous white truffles. It’s a food paradise that sees a fraction of the tourists that make it to places like Split or Dubrovnik. This area is best explored by car, as the buses can be slow and infrequent and don’t go to all of the smaller, out-of-the-way towns.

Pula and Rovinj (see below) are two of the main attractions here. However, there are lots of others, such as the charming hill towns of Motovun and Grožnjan; the latter is home to a handful of artists who moved here from places like Zagreb. Moreover, don’t miss Rabac and its postcard-perfect beaches and the Euphrasian Basilica (a UNESCO site) in Porec, which dates to the sixth century. 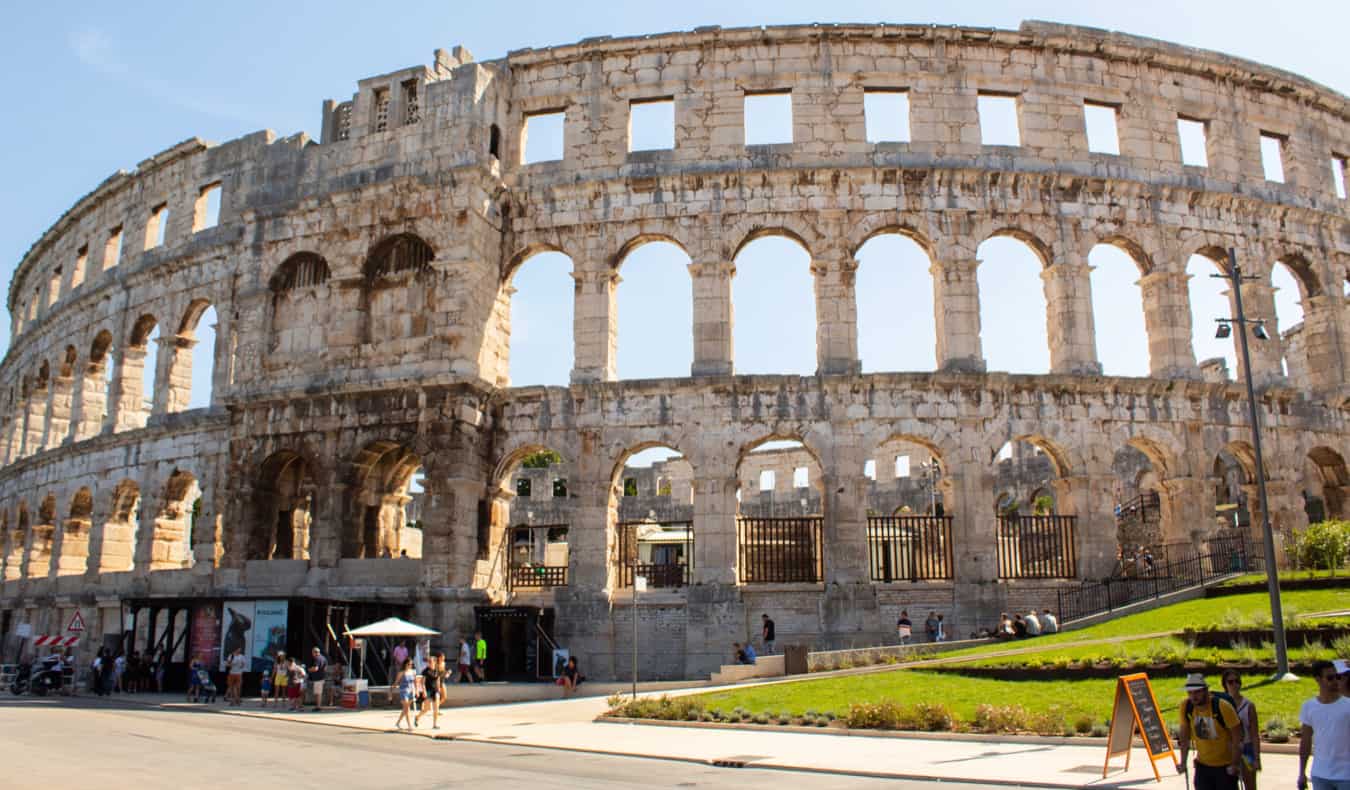 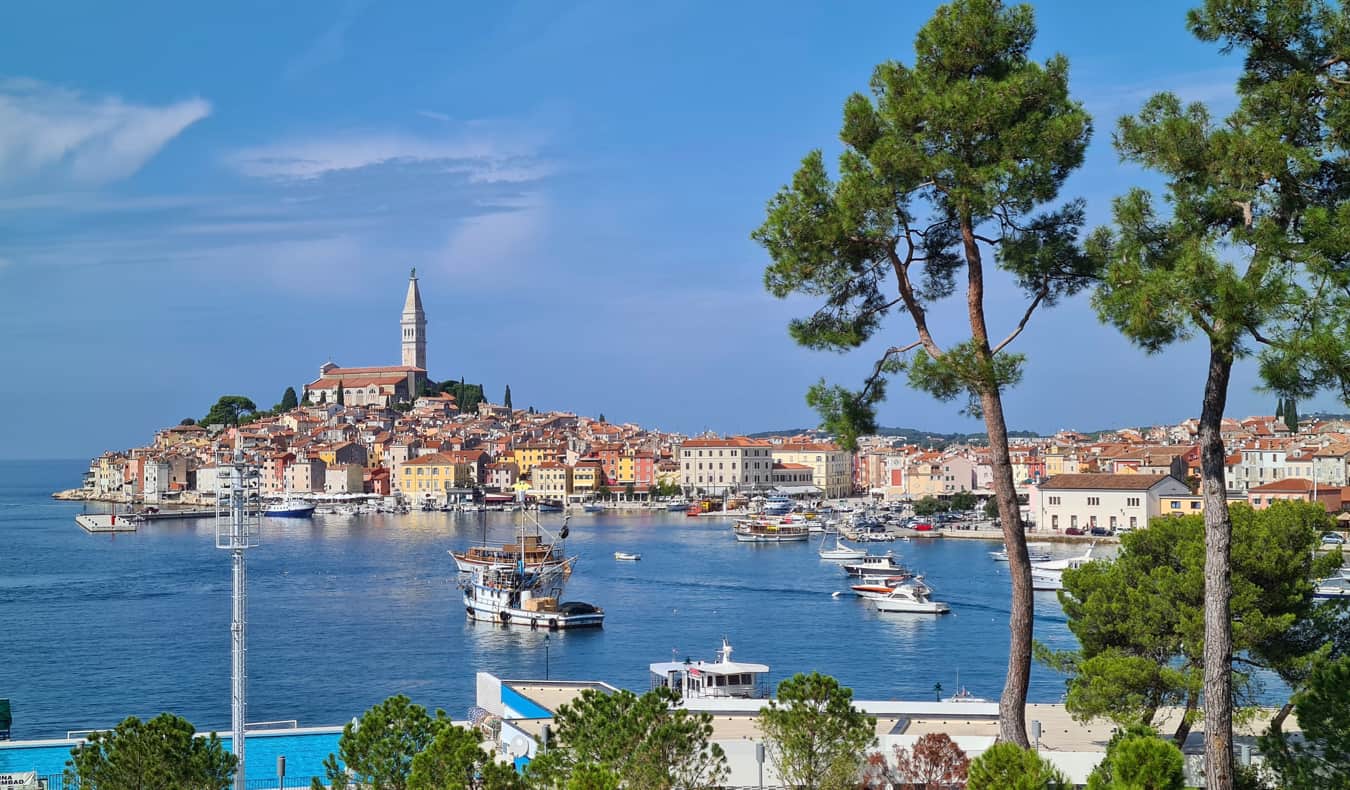 Many people associate truffles with Alba, Italy, and Périgord, France. But more and more are discovering that Istria is a major producer too. Prodan Tartufi, a family-run truffle-hunting business near the medieval hill town of Buzet, is pretty famous, though expensive. Tarandek Truffle Hunting runs affordable, small-group truffle experiences for 50 EUR per person. 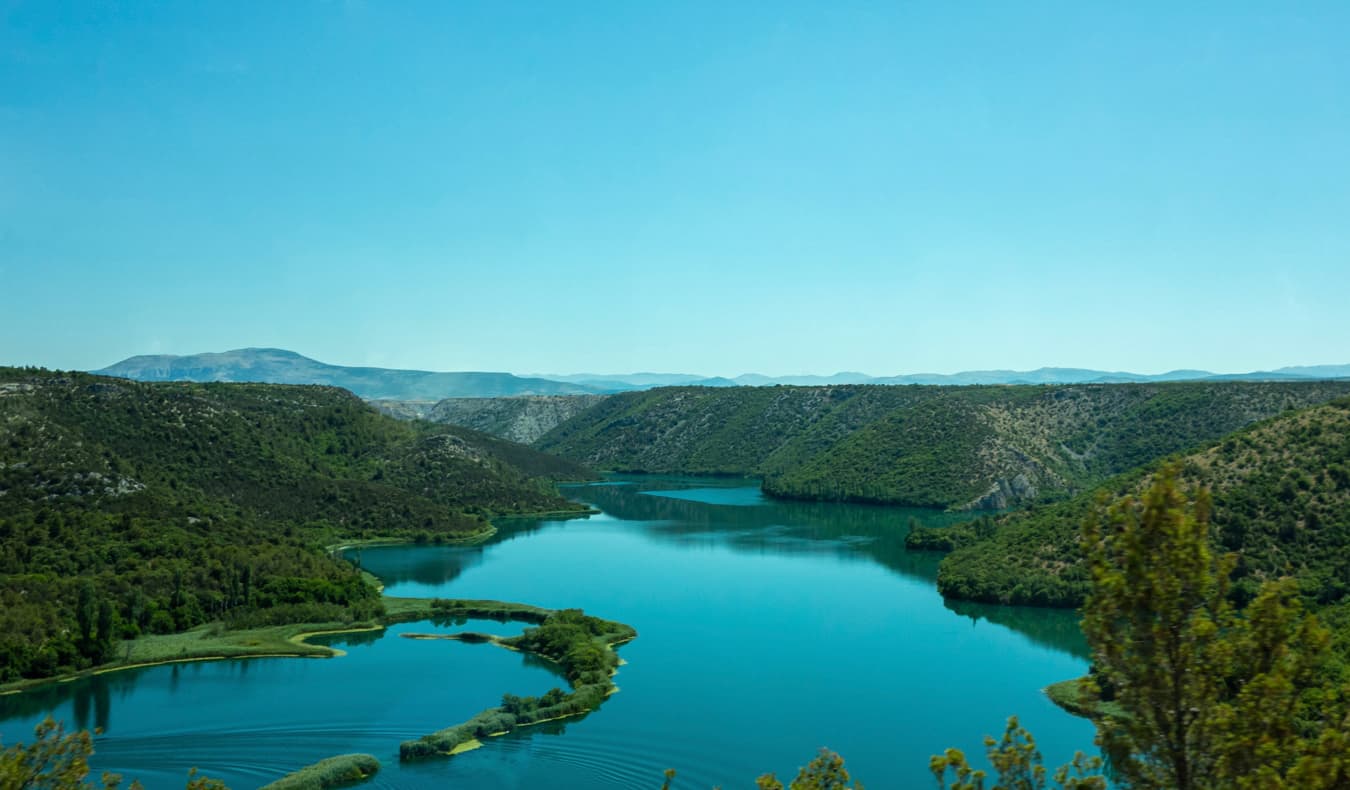 Croatia is awesome. From the Central European vibe of Slavonia and the sunny, limestone-clad streets of Dubrovnik to the Italian-inflected vibes of Istria and the bustling capital Zagreb, there’s so much to see and do in the country that your best bet to get the most out of your visit is to pick a region and take a deep dive into that one area. You have plenty of options!

Get Your In-Depth Budget Guide to Europe!

My detailed, 200+ page guidebook is made for budget travelers like you! It cuts out the fluff found in other guidebooks and gets straight to the practical information you need to travel and save money while backpacking around Europe. You’ll find suggested itineraries, budgets, ways to save money, on and off the beaten path things to see and do, non-touristy restaurants, markets, and bars, and much more! Click here to learn more and get started!

7 big family Airbnbs for the holidays in the Northeast