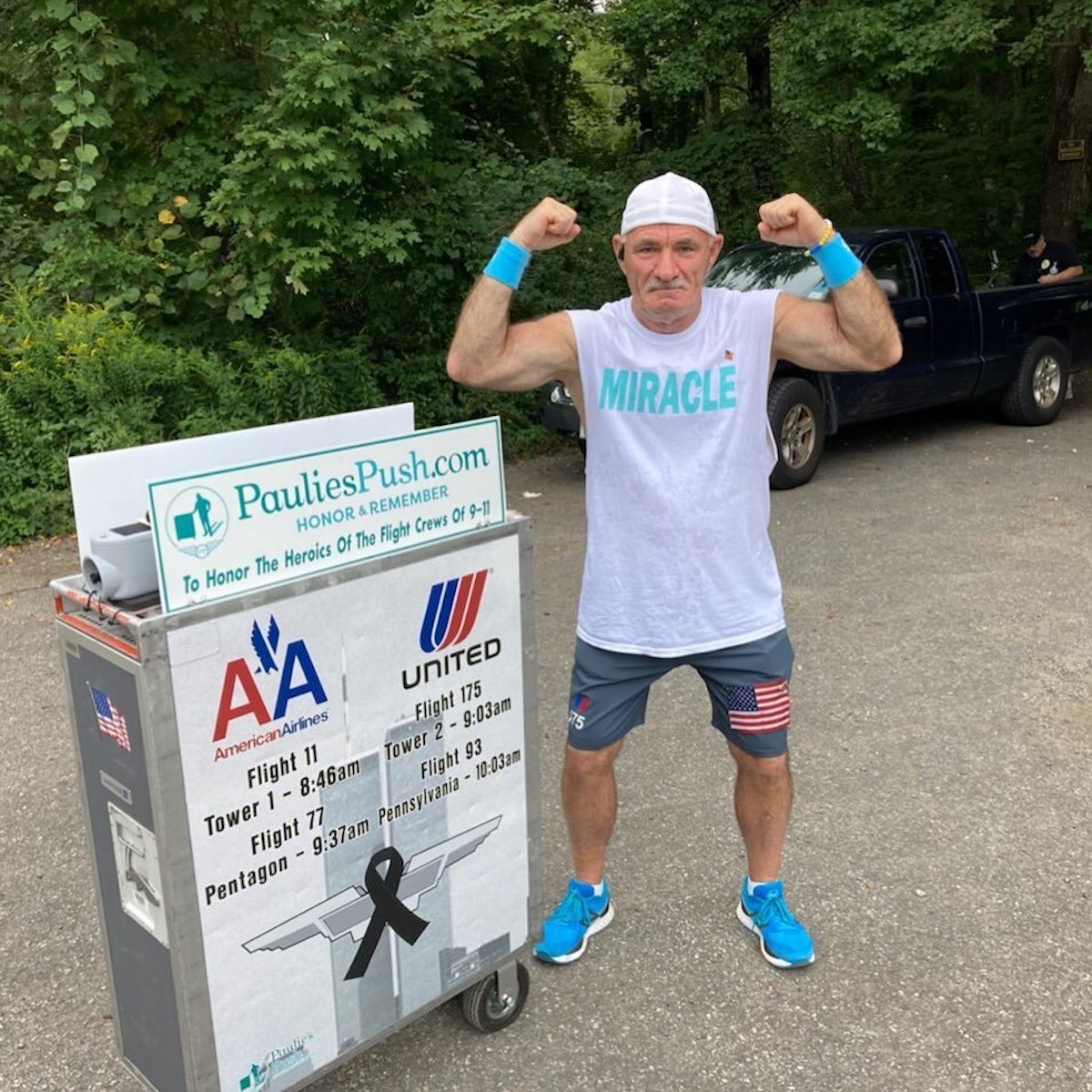 Paul Veneto is in the midst of a long journey. The retired United Airlines flight attendant is traveling from Boston Logan Airport to Ground Zero in New York City…by foot…while pushing a beverage cart.

Veneto, 62, lost colleagues on September 11, 2001, a day which forever transformed aviation in the United States. To commemorate their lives as the 20th anniversary of the terrorist attacks approach, he is going on a long walk…all the way from Boston Logan, where UA175 and AA11 originated, to Ground Zero in New York, where they ultimately crashed into the World Trade Center, launching a new phase of world history.

On his walk, dubbed “Paulie’s Push,” he is pushing a beverage cart similar to what you see in the aisles when you fly. But instead of beverages inside, there are pictures of flight attendants and pilots who died that day.

“This country came together after 9/11. We all remember that. People forget this country started coming together at 30,000 feet. That’s where it started with these crew members. They stood toe to toe against those guys to protect those people on those aircraft and to protect us down here.

“It’s not a big deal for me to push this cart. I got their pictures on top of this cart and when it’s raining, when it’s hot, when my legs are hurting, I look down at their faces and I say, ‘what I’m doing is nothing compared to what they accomplished that morning.’…they stood up to terrorism.”

Veneto is accompanied by a motorhome, which follows him and gives him a dry place to lodge at night.

You can follow Veneto’s route live here. He’s making steady progress and plans to arrive in Lower Manhattan by the 20th anniversary of the 9/11 attacks.

I’m not sure Veneto will inspire a Forrest Gump-like movement (that was fiction, after all), but I am incredibly impressed by the manner in which has chosen to honor his deceased colleagues. Safe travels Mr. Veneto! As he told Eyewitness News 3:

Goa in the Monsoons 2021 Edition: Introduction