The trail is comprised of 28 theaters, all of which are currently on or eligible for the National Register of Historic Places. From the capital city of Charleston to the outskirts of West Virginia’s national forests, these seven theaters are the perfect places to start reshaping your impression of the Mountain State’s cultural heritage. 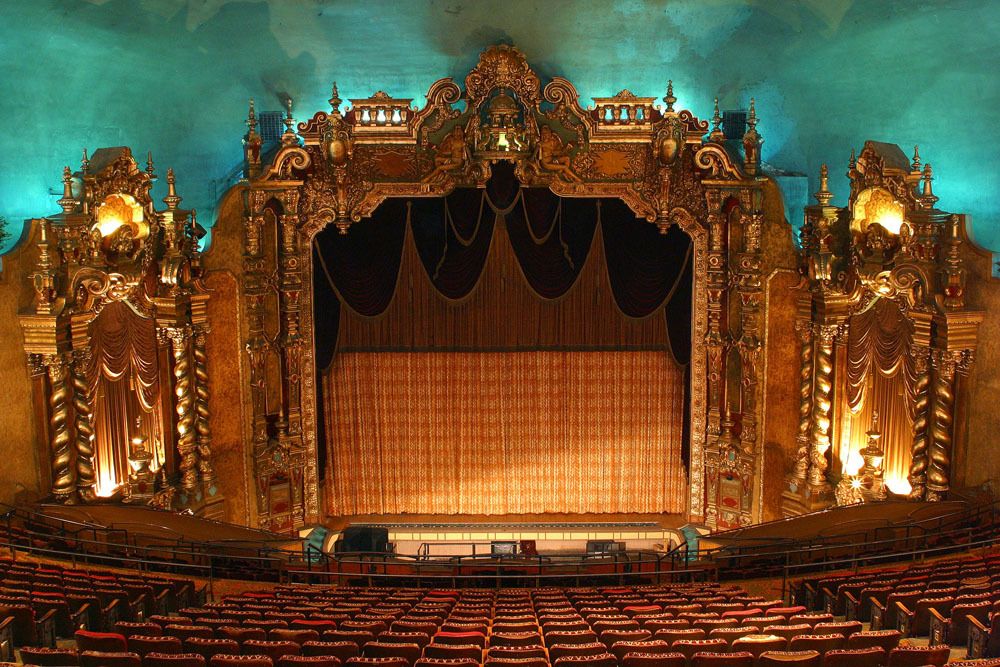 In 1928, the vaudeville moguls behind the Keith-Albee-Orpheum Corporation oversaw the construction of a new theater in Huntington, West Virginia, commissioning renowned architect Thomas W. Lamb to helm the project. Included in the design was a Wurlitzer organ to play live music during shows. Though the original organ was removed in the 1950s, a second organ dating to the 1920s was installed in 2001. Now operating as the Keith-Albee Performing Arts Center, the theater has been visited by its share of modern-day Hollywood elites, having hosted premiers for the films Rain Man and We Are Marshall. 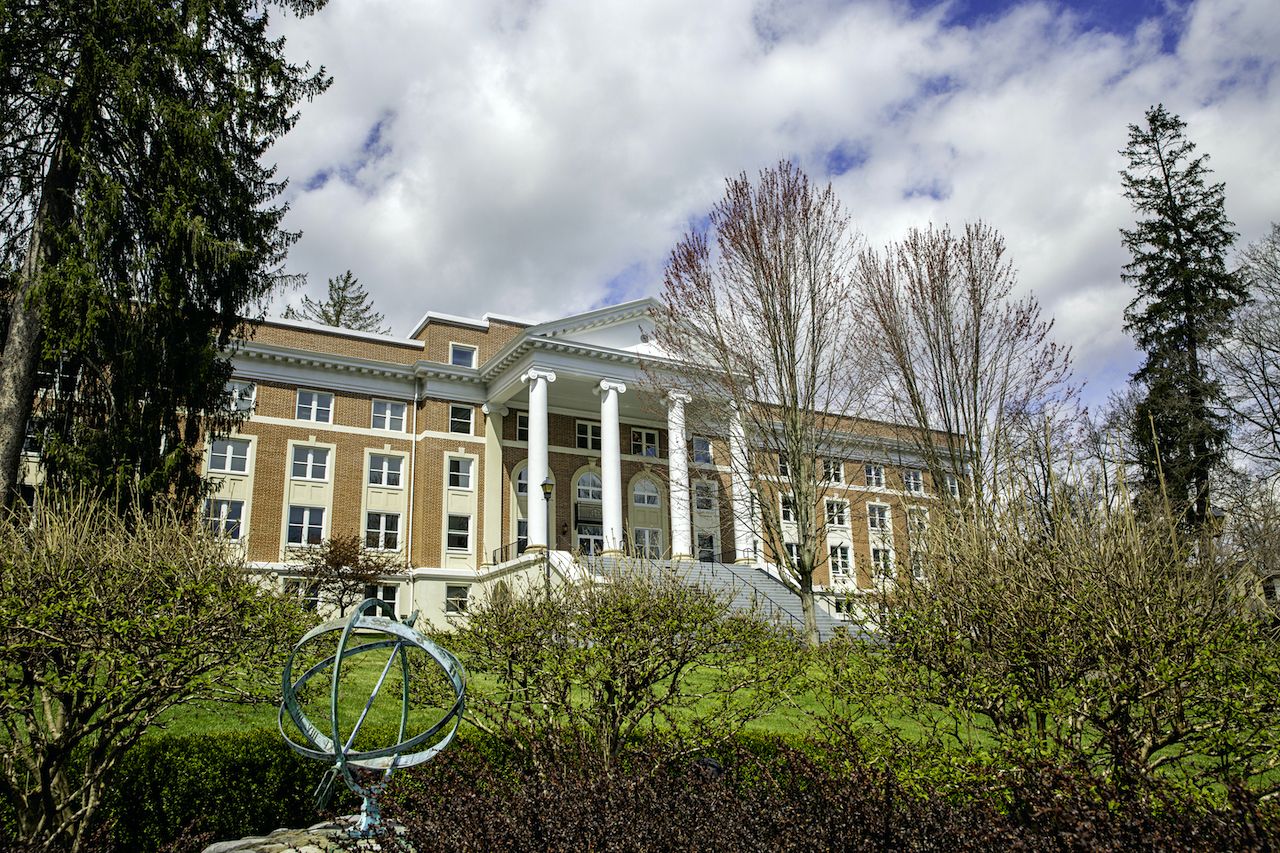 Yes, that Carnegie. Built by the steel tycoon responsible for the Manhattan venue of the same name, Andrew Carnegie’s contribution to West Virginia’s cultural landscape was completed in 1902, restored in 1997, and further renovated in 2006. Though it’s not the only Carnegie Hall worth visiting in the United States, this Lewisburg landmark is one of only four that’s continuously used to this day. Whether or not you patronize the venue, its Greek Revival architecture and grand columned portico are worth admiring from afarWhere: 611 Church St, Lewisburg, WV 24901 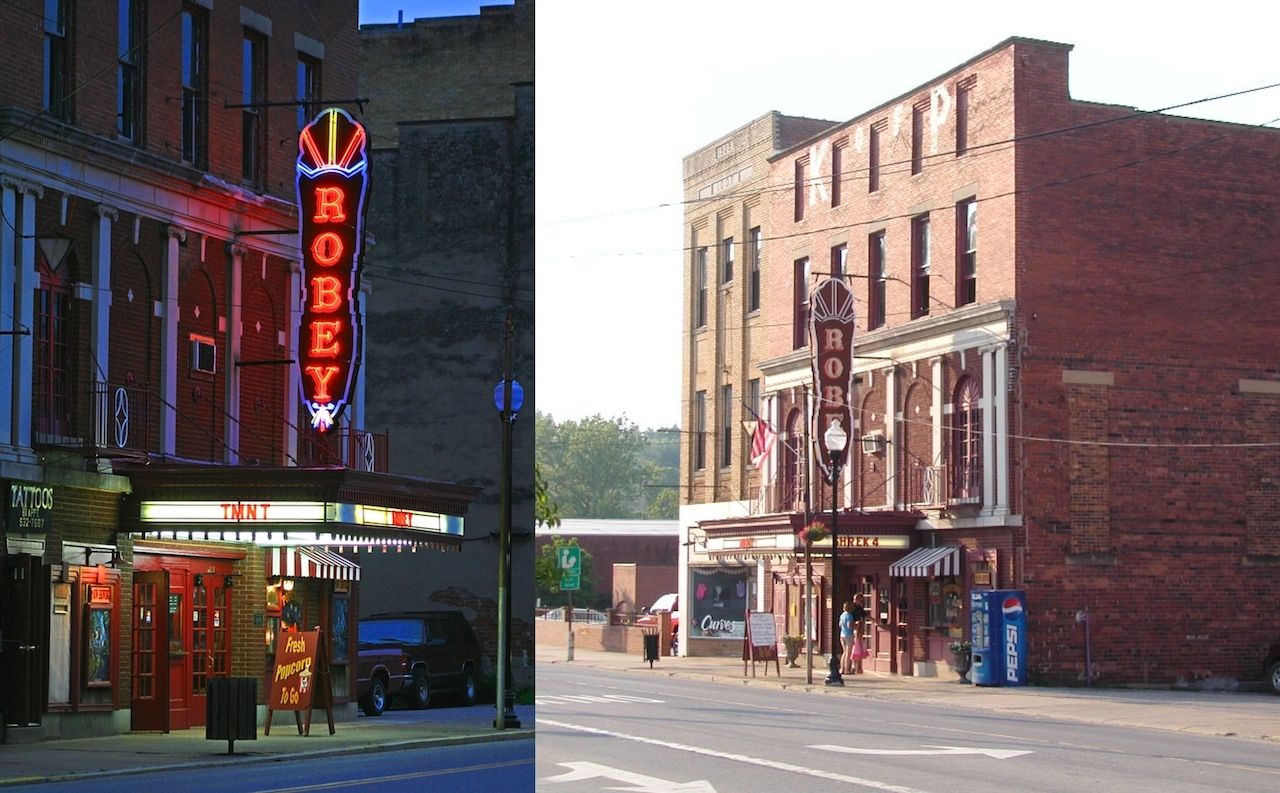 The Robey Theatre celebrated its 110th birthday this year, making it the oldest continually operating movie theater in the nation. It was also an early adopter of sound equipment in the late 1920s when silent films fell out of fashion in favor of the “talkies.” Charming as ever, the Robey has retained its Neoclassical and Italian Renaissance design, drawing theater-goers in with its vintage neon sign. Films are still screened here throughout the year. 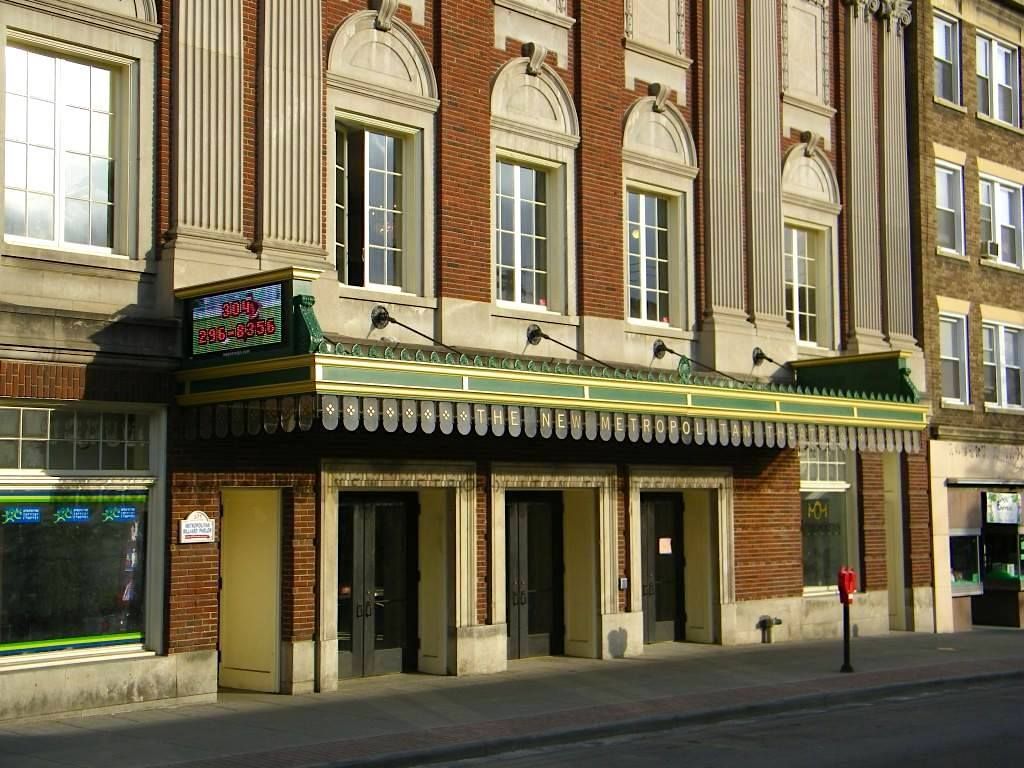 Actor and comedian Don Knotts was born in Morgantown, West Virginia, the same year the Metropolitan Theatre was built. He would go on to stage some of his earliest comedy routines there. Dating back to 1924, the theater was originally used as a vaudeville venue and continues to host live performances. Architecturally, it’s appreciated for its Neoclassical Revival style, featuring an ionic facade and egg-and-dart molding.

When the Smoot Theatre was built in Parkersburg in 1926, it became a stop for traveling vaudeville acts. A few years after it opened, in 1930, it was repurposed as a cinema house after Warner Bros. bought the venue and renovated it in the Art Deco style. Decor from the remodel is one of the theater’s big draws even now. Thanks to a restoration project at the end of the 20th century, visitors can admire the white-and-gold paint job, Austrian chandeliers, and inviting marquee almost as if they were new. 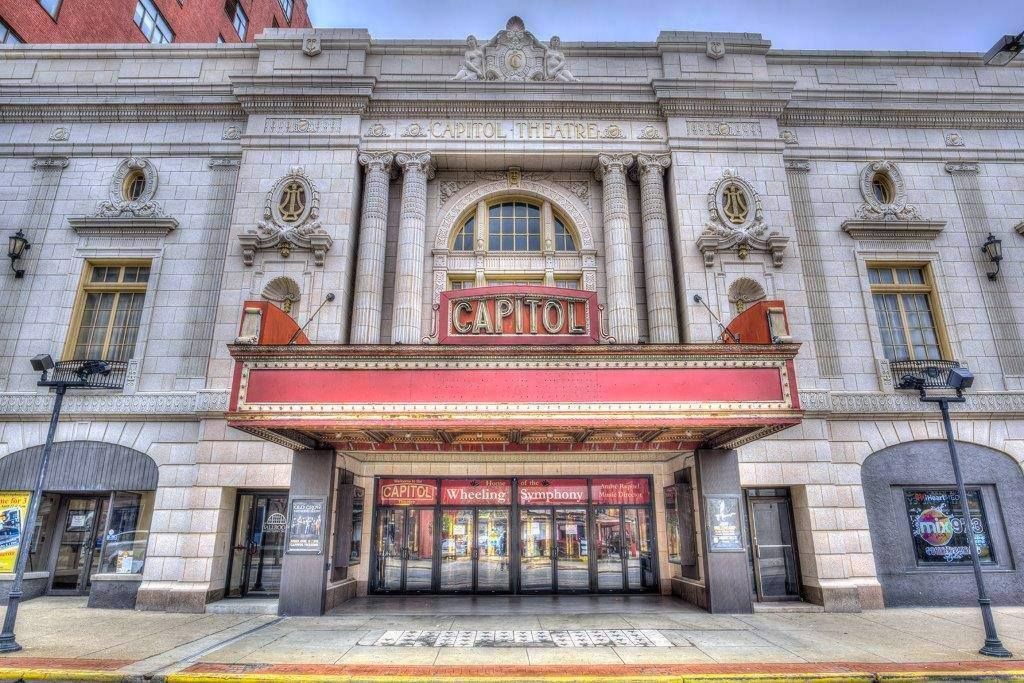 The Capitol Theatre is a stunning example of Beaux-Arts architecture, from its arched windows to its classical bas-relief carvings and elegant balustrades. It’s among the grandest venues in West Virginia, valued at one million dollars when it was unveiled in 1928. It had 3,000 seats, two balconies, four solid bronze lighting fixtures worth $1,000 alone, and a fireproof design. The former host of one of the longest-running radio shows in the country, Capitol Theatre now stages both local and national performances, as well as the Wheeling Symphony Orchestra. 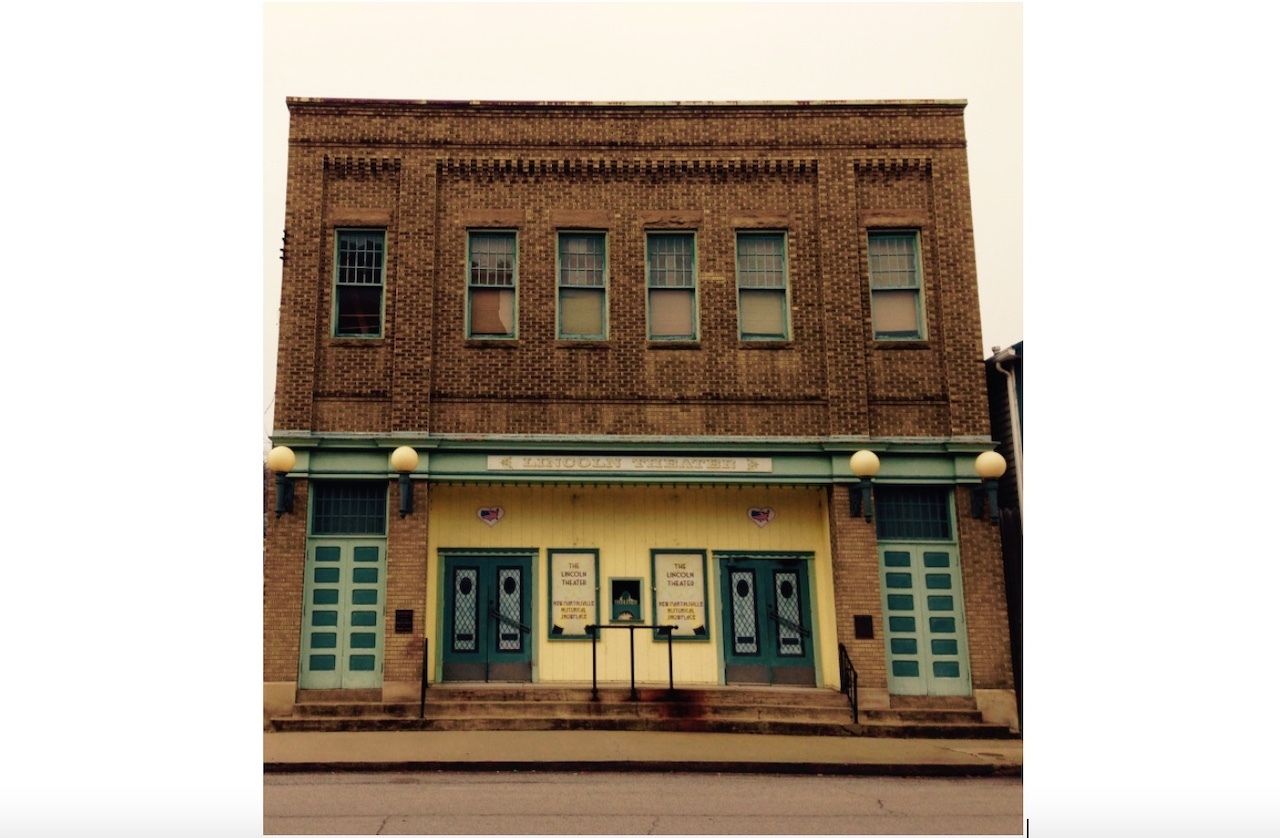 Decades before silent film star Gloria Swanson uttered her famous line in Sunset Boulevard, “Alright Mr. Demille, I’m ready for my close-up,” she visited New Martinsville to shoot the film Stage Struck. While she was in town, the Lincoln Theater hosted a screening of another of Swanson’s films, Manhandled, and later hosted the world premiere of Stage Struck. The theater did not stay stuck in the silent-film era, however. Sound equipment was installed seven years after it opened, giving a local audience the chance to see the first feature film with synchronized speech, singing, and recorded score in the 1927 motion picture The Jazz Singer.

Washing your hands in a COVID world

The most rewarding treks in Peru beyond Machu Picchu