Now reading: Jackfruit 101: What you want to know about this versatile fruit
Share
PrevNext

This fruit is kind of a jack of all trades 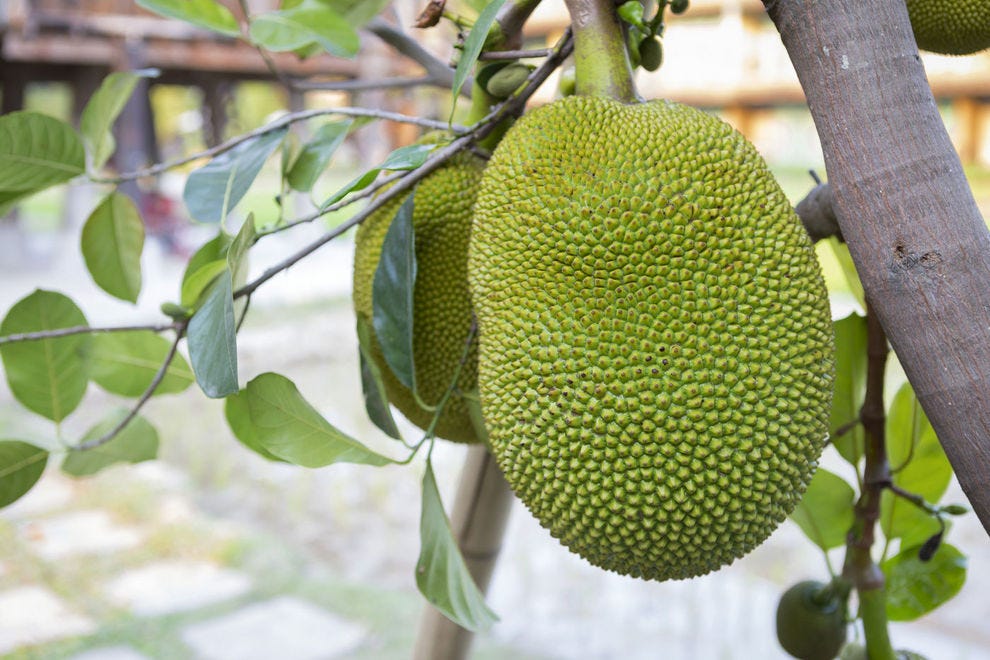 Jackfruit on a tree — Photo courtesy of iStock / Sirirak

An unlikely combination of words has been popping up on vacuum-sealed plastic containers in both the butcher and produce sections of grocery stores nationwide: Barbeque pulled pork jackfruit. Is it meat? Is it fruit? What’s the deal with jackfruit?

Jackfruit, also called fenne or nangka, is the world’s largest tree-borne fruit. The individual fruit looks something like an oblong, spiky cantaloupe, and can weigh a massive 80 pounds. The edible part of the fruit that humans consume is actually the petals.

A single piece of fruit can contain anywhere from hundreds to more than a thousand individual petals inside. Since each tree can produce up to 200 enormous fruits a year – that’s two to three tons of edible fruit – jackfruit trees are increasingly being cultivated in nations facing food insecurity. 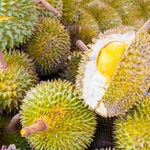 Why people love durian, the banned fruit that stinks like garbage

The jackfruit emits a wide array of aromas and tastes, depending on its stage of development and preparation. A ripe, unopened fruit is said to smell like pineapple and bananas, and freshly plucked petals can taste like a hybrid mango-apple.

The seeds taste comparable to a macadamia nut when eaten salted and dried, but can taste downright chocolatey when roasted. The edible petals inside of the fruit are hardly delicate and flower-like. Instead, each piece is hardy, fibrous and starchy, allowing the fruit to endure a robust array of cooking preparations. 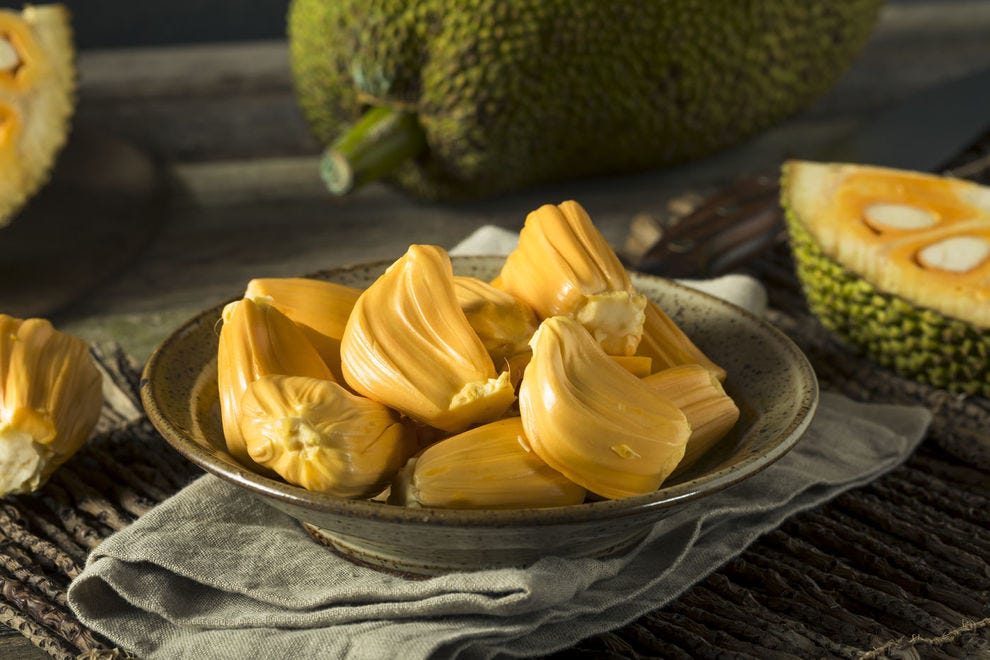 In parts of Southeast Asia and India, jackfruit dishes are commonplace on restaurant menus. The fruit is often transformed into noodles, chips and even ice creams. Jackfruit is cooked into curries, dried and ground down into flour for baking, or served atop shaved ice.

It’s the vegan version of Bubba’s shrimp monologue in "Forrest Gump": "Jackfruit-kabobs, jackfruit creole, jackfruit gumbo. Pan fried, deep fried, stir-fried." If you can dream it, this versatile fruit can endure it.