Now reading: Iceland gas station food is so good it puts even the best US fast food to shame
Share
PrevNext

I’LL NEVER FORGET MY FIRST GAS STATION MEAL in Iceland. I was jet-lagged and running on no sleep when I dragged myself into an N1 (a gas station company), looking for a strong cup of coffee. My friend and I had both flown into Reykjavík that morning — her from Denver, me from Rio de Janeiro via New York City — and instantly hit the road toward the Snæfellsnes Peninsula on the western edge of the island.

Normally, a bag of chips or a doughnut is as far as I’d go in terms of buying food in a gas station. But this gas station immediately differentiated itself from other gas stations I had visited: It was sleek and modern, with bright lights and clean floors, and the shelves were stocked with all kinds of pre-packaged meals, snacks, and drinks. The N1 even had a cafe and fast-food counter furnished with tables for people to dine on.

Iceland is the kind of destination that leaves you speechless in more ways than one — and this was one of those moments. The fish and chips turned out to be among the best I’d ever had. The batter was salty and perfectly crisp. The fish flaky. The fries crunchy. And the best part was that the portion was big enough for two.

From this point on, we probably had about 75% of our meals in Iceland gas stations.

Aside from the fact that the food was actually good and more affordable than a standalone restaurant, a gas station was often the only option for food. We could be driving down a remote road, without seeing a single soul in sight for miles, when suddenly, a small, rectangular building would appear off the side of the road. A gas station. Sometimes, the world we’d find inside would starkly contrast the deserted landscape around us. Many gas stations have their own sit-down restaurants, and they were almost always filled with families and friends happily chatting over a hot meal.

If you’re planning a trip to Iceland, here are 7 gas station meals and snacks you have to try. 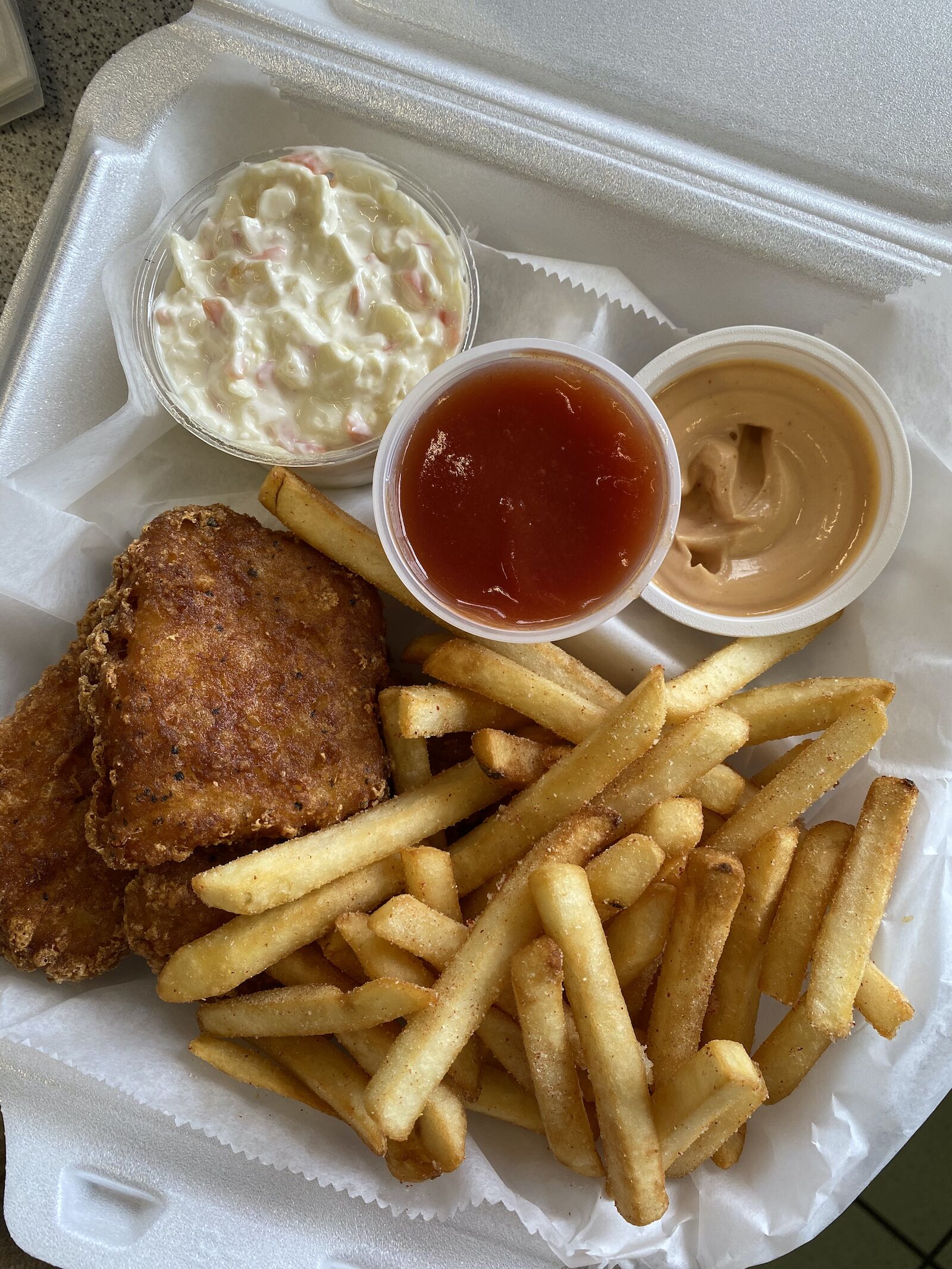 Where to find it: N1 and Orkan gas stations

Take your pick from the rainbow of ready-to-eat sandwiches, wraps, salads, and noodles, all of which I found to be remarkably fresh despite their pre-packaged nature. My personal favorites were the Sómi-branded smoked ham and egg and chicken tikka masala wraps — ideal for meals on the go.

Where to find it: Orkan, N1, and Olis gas stations

Skyr is known as traditional Icelandic yogurt, even though it’s not. Skyr is actually a creamy and tangy soft cheese made from fat-free skim milk. But it’s sold as yogurt in the refrigerated section of most gas stations, including several fruit-flavored varieties. Skyr has a denser texture than traditional yogurt, which makes it easier to eat in a moving car. Plus, it’s packed with protein. It’s the kind of snack to reach for when hunger starts to hit on those long days on the road. People in Iceland have been eating it since the medieval era, and it’s an integral part of the country’s cuisine.

Where to find it: Most Iceland gas stations

When the temperature dips, you might appreciate a steaming bowl of soup when you stop for fuel. Lamb soup is an Icelandic delicacy, and you can sometimes find it in a large cauldron at the soup counter inside a gas station. It’s typically made with lamb, potatoes, rutabagas, and carrots. The rich and meaty concoction will quickly warm your body on frigid winter days, especially when you’re looking for something heartier than a hot dog.

Where to find it: N1 gas stations and some convenient stores/visitor centers 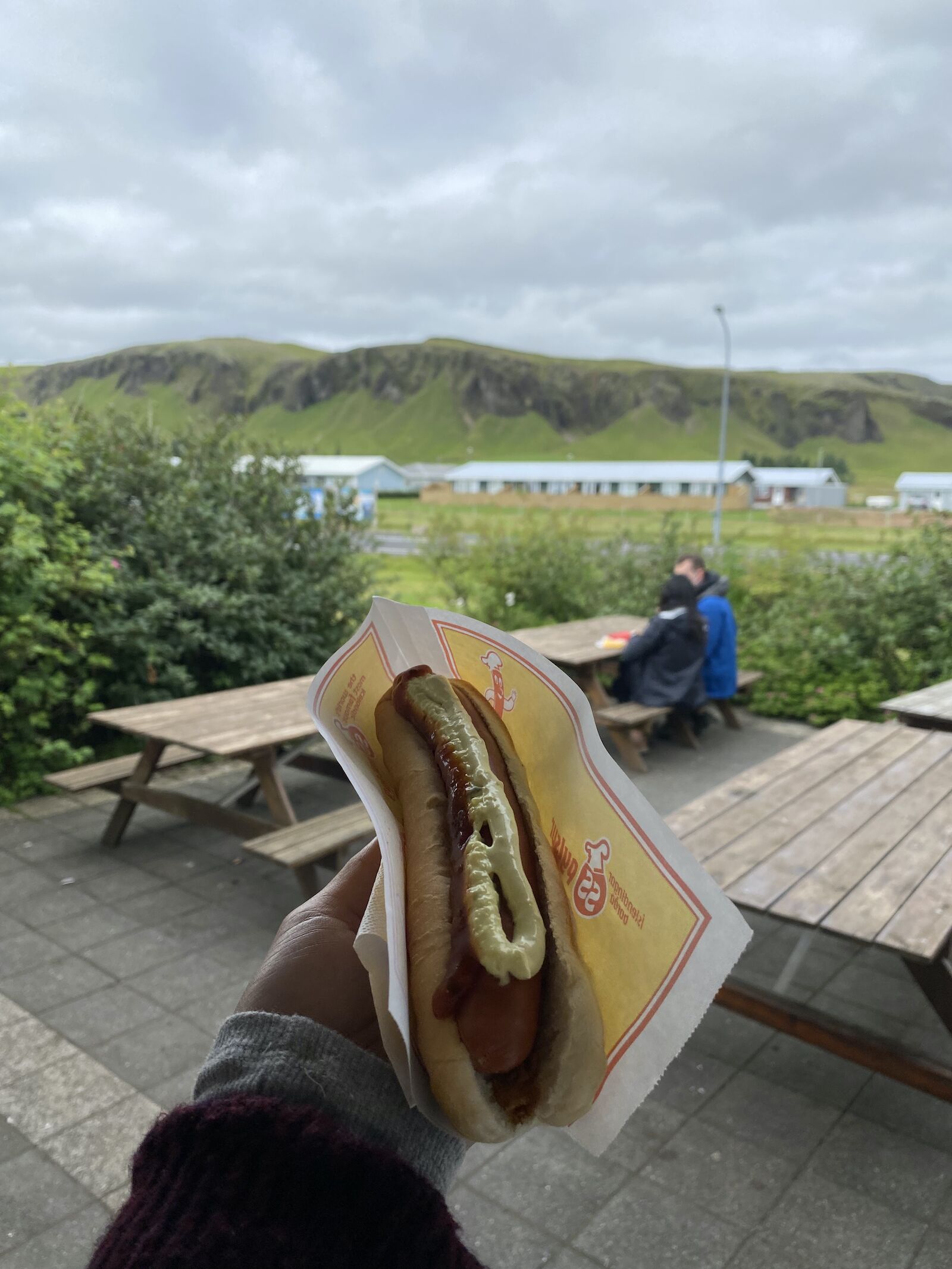 If there’s one food you’ll find in nearly every gas station and convenience store in Iceland, it’s an Icelandic hot dog. It’s so ubiquitous that it’s jokingly called the country’s national dish. Made mostly from Icelandic lamb, the dogs are typically topped with raw and crispy fried onions, ketchup, sweet brown mustard, and remoulade.

Where to find it: Nearly everywhere, including most Iceland gas stations

Elaborate burgers topped with egg, bacon, onion rings, pickles, and mushrooms can be found at Grill 66, a popular chain housed inside Olis gas stations. Inspired by the famous Route 66 highway in the U.S., the restaurant has named its burgers after American cities — like the “Chicago,” a double-decker with bacon, gouda, and lettuce.

Where to find it: Olis gas stations

You might be wondering why a lot of the candy in Iceland contains licorice. The island faced decades of bans on candy imports, during which Icelanders got their sugar fix from licorice, cementing its popularity throughout the country. One of the local favorites is called Þristur, a chocolate fudge-like candy filled with pieces of licorice.

Where to find it: Most gas stations