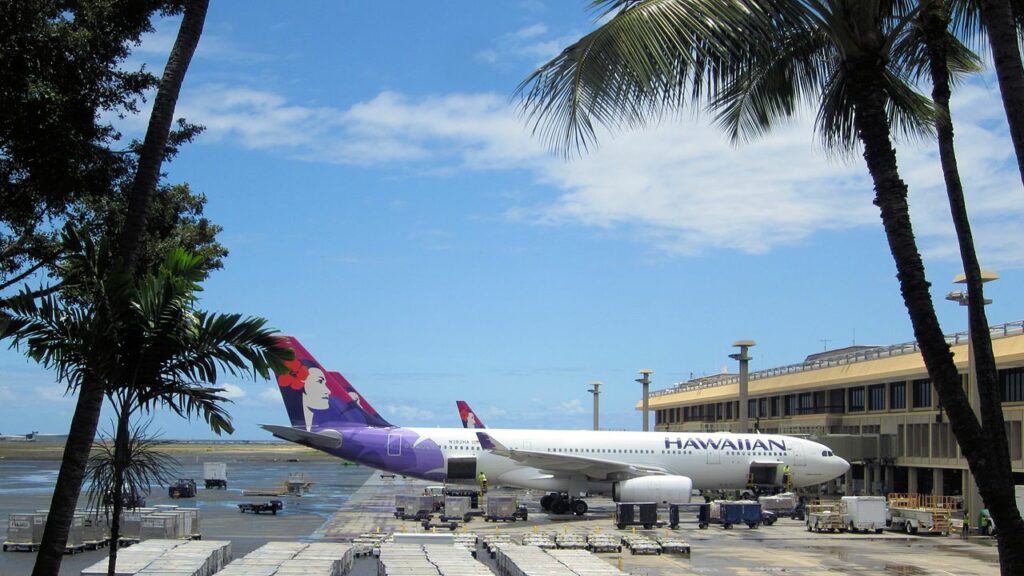 In a press release, the airline announced they are the first major airline to partner with the satellite connectivity service to launch free high-speed internet access across their trans-Pacific fleet.

Starlink Internet Will be Offered on Flights to U.S. Mainland, Asia and Oceana

Under the agreement, the carrier will begin installing Starlink connectivity hardware on their fleet of Airbus A321neo and A330 aircraft, along with all incoming new orders of Boeing 787-9 Dreamliner airframes. Once complete, all passengers will be able to access high-speed, low-latency internet access on flights to and from Hawaii to the mainland U.S., Asia and Oceana destinations. The carrier will not install the satellite hardware on Boeing 717 aircraft operating inter-island flights.

“When we launch with Starlink we will have the best connectivity experience available in the air,” Hawaiian Airlines president and CEO Peter Ingram said in a press release. “Our guests can look forward to fast, seamless and free Wi-Fi to complement our award-winning onboard Hawaiian hospitality.”

The Starlink satellite constellation utilizes a laser mesh network to provide high-speed internet across Hawaiian’s trans-Pacific network. The carrier claims users will be able to stream content, play video games with friends on the ground, or connect to social media in-flight. The service is expected to roll out on “select aircraft” in 2023, with no timeline for full fleet integration.

The announcement is the first major win for SpaceX Starlink, after announcing their intention to work with airlines to provide in-flight internet access. Popular Mechanics reported the space company began talks “with several airlines” in June 2021, telling the Connected Aviation Intelligence Summit they had provided demonstrations to interested carriers and wanted to get Starlink “finalized to be put on aircraft in the very near future.”

Winning over Hawaiian Airlines to Starlink was the second major announcement to come from a company tied to Elon Musk on Monday, April 25, 2022. On the same day, social media giant Twitter announced they would accept a purchase bid from the SpaceX owner to go private.