The national airline of Bangladesh has revealed plans to operate a single roundtrip flight to Toronto in the coming days. This is an interesting one, because unlike other one-off flights, this isn’t a charter or repatriation service.

Biman Bangladesh is promoting on its website how it plans to operate a flight from Dhaka (DAC) to Toronto (YYZ) in the coming days. Specifically, the flight will operate as follows: 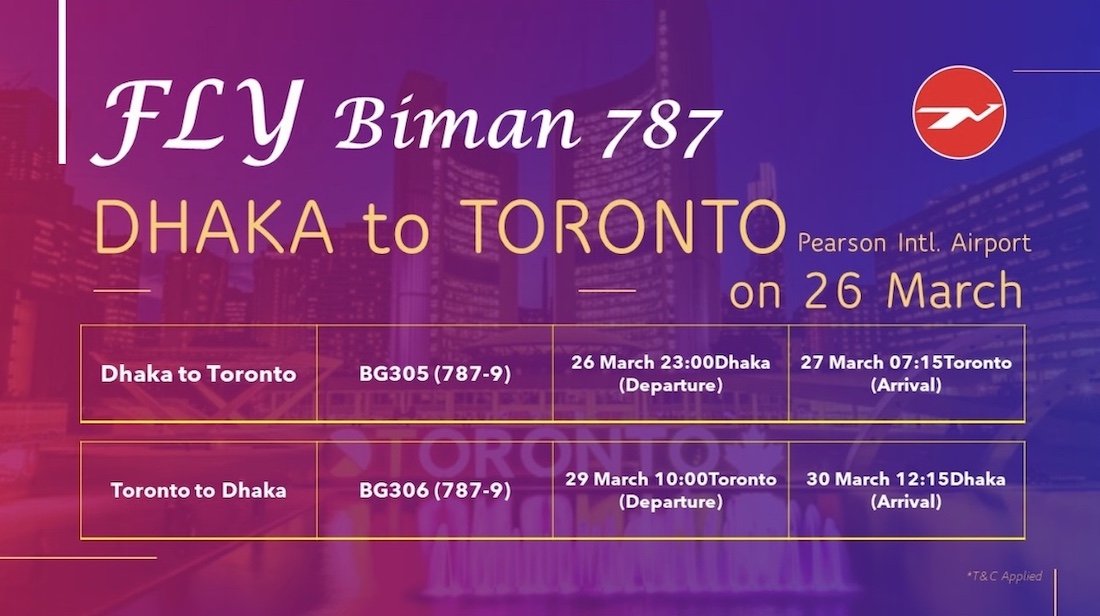 The airline plans to use the Boeing 787-9 for the flight, featuring 298 seats. This includes 30 business class seats, 21 premium economy seats, and 247 economy class seats. The carrier’s 787-9s are only a couple of years old. 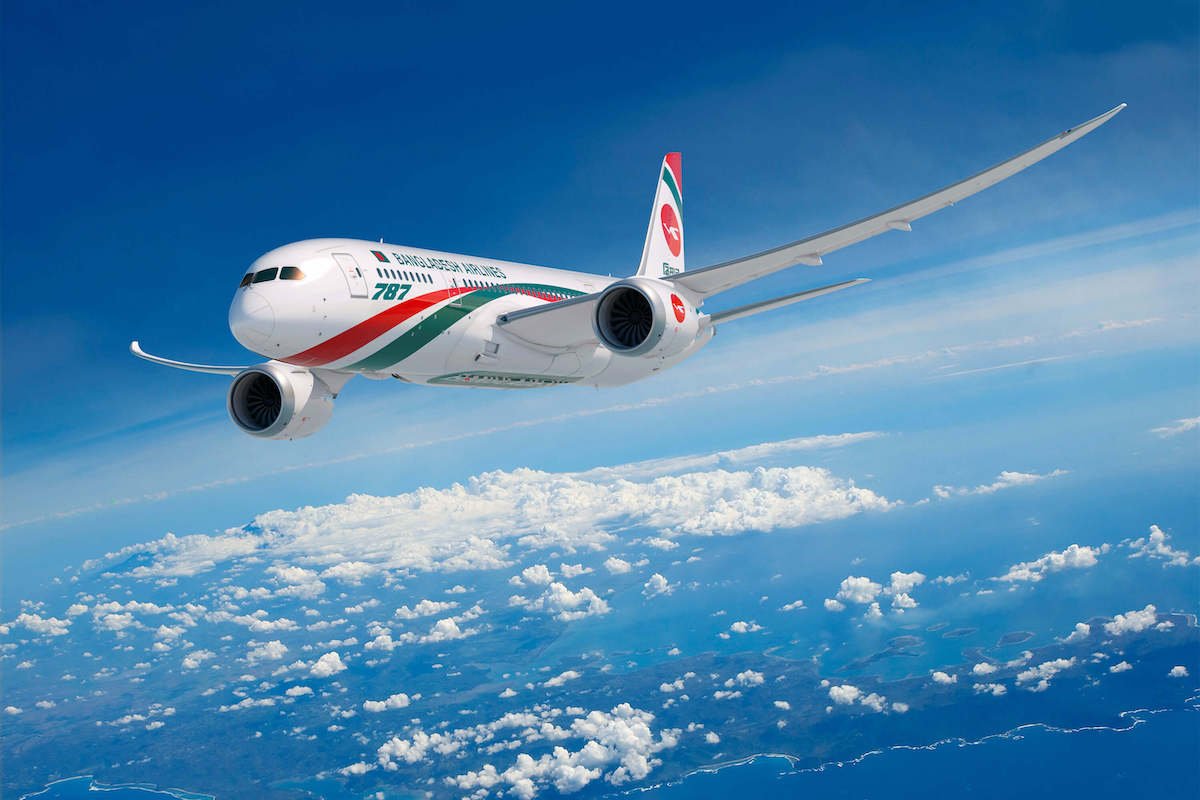 Interestingly business class is totally sold out on this flight (or was just never made available to the public), while premium economy and economy are wide open. You’d kind of expect these flights to have lots of availability, given that this flight just went on sale a few days ago.

What exactly is the purpose of this (for now) one-off flight? That’s an excellent question. This is being referred to as an “experimental commercial flight.” Allegedly Biman Bangladesh wants to launch regularly scheduled flights between Dhaka and Toronto in the near future, which would be (by far) the carrier’s longest route.

Fair enough if that’s the plan, but why operate a one-off flight like this? After all, most airlines don’t operate an “experimental” flight prior to launching a route. We can only speculate:

It is interesting to see how Bangladeshi publication bdnews24.com covers this flight. The author claims to have been told by an airline sales representative that tickets are “not for ordinary people,” though that’s not true, as at least now the flight is totally on sale, except in business class. And then the story goes on to say this:

Biman spokesperson Tahera Khandaker did not respond to bdnews24.com requests for the list of passengers. 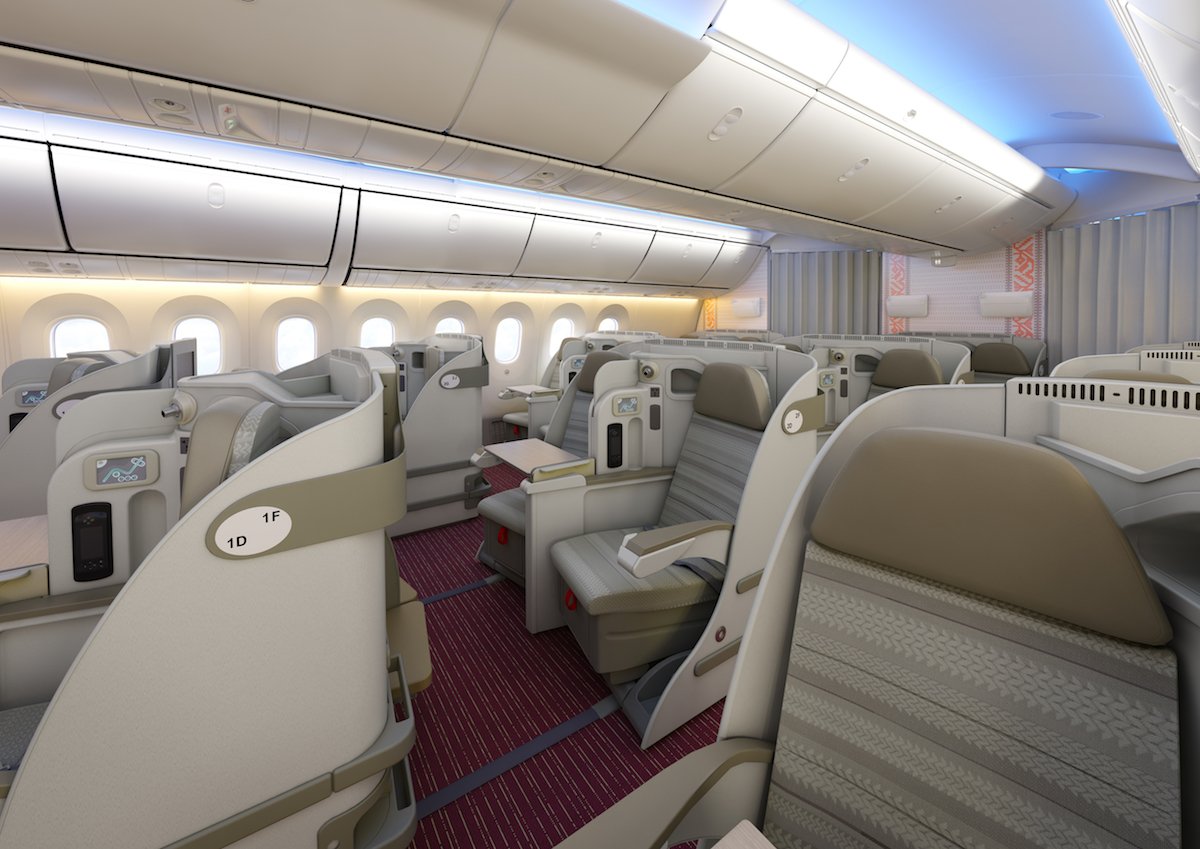 Biman Bangladesh will be operating a single roundtrip between Dhaka and Toronto in the coming days, using a Boeing 787-9.

Personally I’m hoping Biman Bangladesh launches this route on a regularly scheduled basis, as this seems like a fun flight review. And if the airline does fly to Toronto regularly, you can bet that Air Canada Aeroplan will add Biman Bangladesh as a partner on which you can redeem miles.

What do you make of Biman Bangladesh’s flight to Toronto?