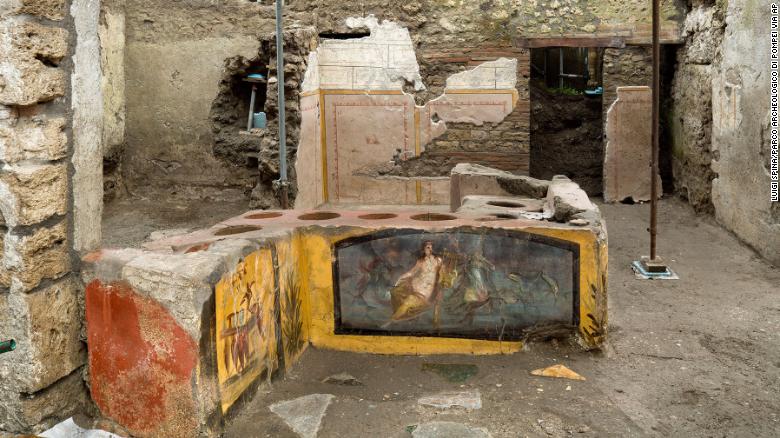 Traces of nearly 2,000-year-old food were found in some of the deep terra cotta jars at the site in Pompeii, Italy.

RomeArchaeologists in Pompeii, the city buried in a volcanic eruption in 79 AD, have made the extraordinary find of a frescoed hot food and drinks shop that served up the ancient equivalent of street food to Roman passersby.

Known as a termopolium, Latin for hot drinks counter, the shop was discovered in the archaeological park's Regio V site, which is not yet open the public, and unveiled on Saturday.

Traces of nearly 2,000-year-old food were found in some of the deep terra cotta jars containing hot food which the shop keeper lowered into a counter with circular holes. 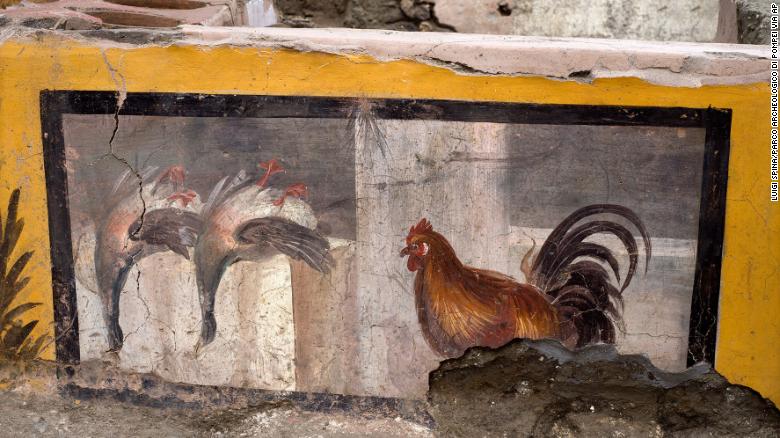 An undated photo shows the ancient eatery in the Pompeii archeological park, near Naples.

The front of the counter was decorated with brightly colored frescoes, some depicting animals that were part of the ingredients in the food sold, such as a chicken and two ducks hanging upside down.

Even with pandemic hurdles ahead, the global economy may prove to be remarkably resilient in 2021. 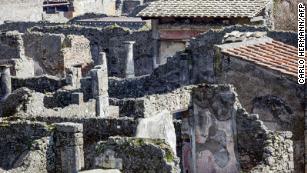 The race against time to save Pompeii

"This is an extraordinary find. It's the first time we are excavating an entire termopolium," said Massimo Ossana, director of the Pompeii archaeological park.

Pompeii, 23 km (14 miles) southeast of Naples, was home to about 13,000 people when it was buried under ash, pumice pebbles and dust as it endured the force of an eruption equivalent to many atomic bombs. 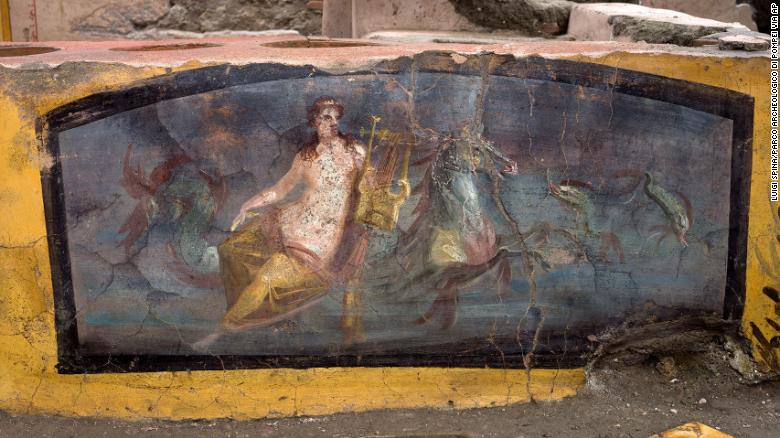 The stall is now completely excavated, helping to reveal some favorite dishes of citizens of the ancient Roman city.

"Our preliminary analyses shows that the figures drawn on the front of the counter, represent, at least in part, the food and drink that were sold there," said Valeria Amoretti, a site anthropologist.

Amoretti said traces of pork, fish, snails and beef had been found in the containers, a discovery she called a "testimony to the great variety of animal products used to prepare dishes." 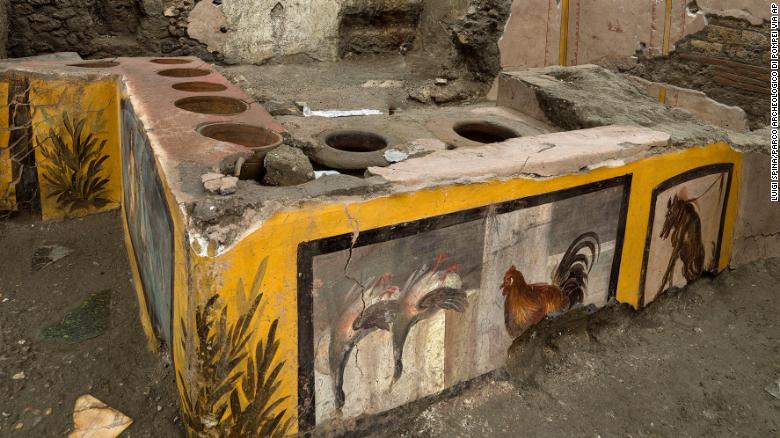 It is the first time such a stand has been entirely uncovered.

About two-thirds of the 66-hectare (165-acre) ancient town has been uncovered. The ruins were not discovered until the 16th century and organized excavations began about 1750.

A rare documentation of Greco-Roman life, Pompeii is one of Italy's most popular attractions and a UNESCO World Heritage Site.

8 of the coolest towns in the Midwest, according to a Midwesterner

Biggest circular tomb in the ancient world to open in Rome