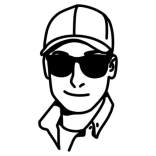 Air New Zealand is going to install sleep pods on some of its Boeing 787 Dreamliners that will offer Economy Class passengers the option to enjoy a fully flat bed sleeping experience for the first time.

The ‘Skynest’ was first unveiled in 2020 a few short months before the pandemic and at the time it was presented as an off-the-wall concept or gimmick that probably would never see the light of day in a real-world setting. The pandemic may well have grounded Air New Zealand’s planes for the last two years but it didn’t stop the airline from developing brand new cabins for its long-haul aircraft – including the Skynest.

And when the Kiwi flag carrier takes delivery of new 787-9 Dreamliners in 2024, they will come fitted out with the world’s first Skynest. The pods will sit close to the back of the Economy cabin with three bunk beds on either side of a central entrance.

Unfortunately, with only six pods available, the lie-flat sleeping experience won’t be an option for many Economy passengers but Air New Zealand does have a few other options available. For passengers with an even bigger budget, the airline has also unveiled a new and much-improved Business Premier seat, as well as its Business Premier Luxe seat which offers a little more space, a sliding privacy door and space for two passengers to dine together.

“It’s a proud moment to finally unveil five years of hard mahi, in what truly is a cabin of possibility. One that will provide customers with options to get some shut-eye wherever they’re sitting,” commented Air New Zealand chief executive Greg Foran.

“We wanted to offer our Economy customers a lie-flat option and that’s how Skynest was born. It’s going to be a real game-changer for the economy travel experience,” Foran continued.

The airline has revealed sparse few details about the seats and cabin but chief customer officer Leanne Geraghty says the cabins are inspired by the uniqueness of Aotearoa.

Sustainability, Geraghty says, will be at the heart of the new designs, including a decision to use modern fabric instead of leather so as to save around one kilogram per Business or Premium Economy seat.

The new cabins will first appear in 2024 on deliveries of new Boeing 787 Dreamliners but will also be retrofitted onto Air New Zealand’s existing Dreamliner fleet.

The Skynest won’t be installed on all Dreamliners but will only feature of aircraft set to operate the longest of Air New Zealand’s flights.