Now reading: A distillery set out to prove Scotland doesn’t ‘own’ single malt whiskey. They were right.
Share
PrevNext

From October 2021 to early February 2022, Seattle’s Westland Distillery held a blind tasting of single malt whiskeys from around the world. The Westland team gathered four whiskeys of similar price deemed emblematic of the region where they’re produced. Participants in the judgement then tasted and rated each one on a scale of one to five. At the end, the participants were told which country the whiskey came from: Scotland, America, Australia, or India.

Industry insiders at events like London’s The Whisky Show gave it a go, as did people who write about spirits — on a Zoom tasting with whiskey writers in October, myself and four other people in beverage media each failed to guess more than one whiskey’s origin. Tastings were also held in bars, so anyone who likes whiskey offered up their own guesses. A packed Judgment of Westland event for the general public at a bar in San Diego that I attended was the first time I’ve ever seen so many people enthusiastic about a blind tasting.

In the end, more than 2,000 people from around the world participated in the Judgement of Westland. The responses and rankings were aggregated, and the results were clear: Scotland no longer has a monopoly on producing the best single malt whiskey. The whiskeys from the US and Australia each received an average rating of 3.4, the Scotch single malt received a 3.3, and the single malt from India a 3.1. Great single malt whiskey, it turns out, can come from just about anywhere.

We caught up with Matt Hofmann, co-founder of Westland and one of the leaders in American single malt whiskey, to learn more about what this means for whiskey drinkers.

This interview has been edited for length and clarity. 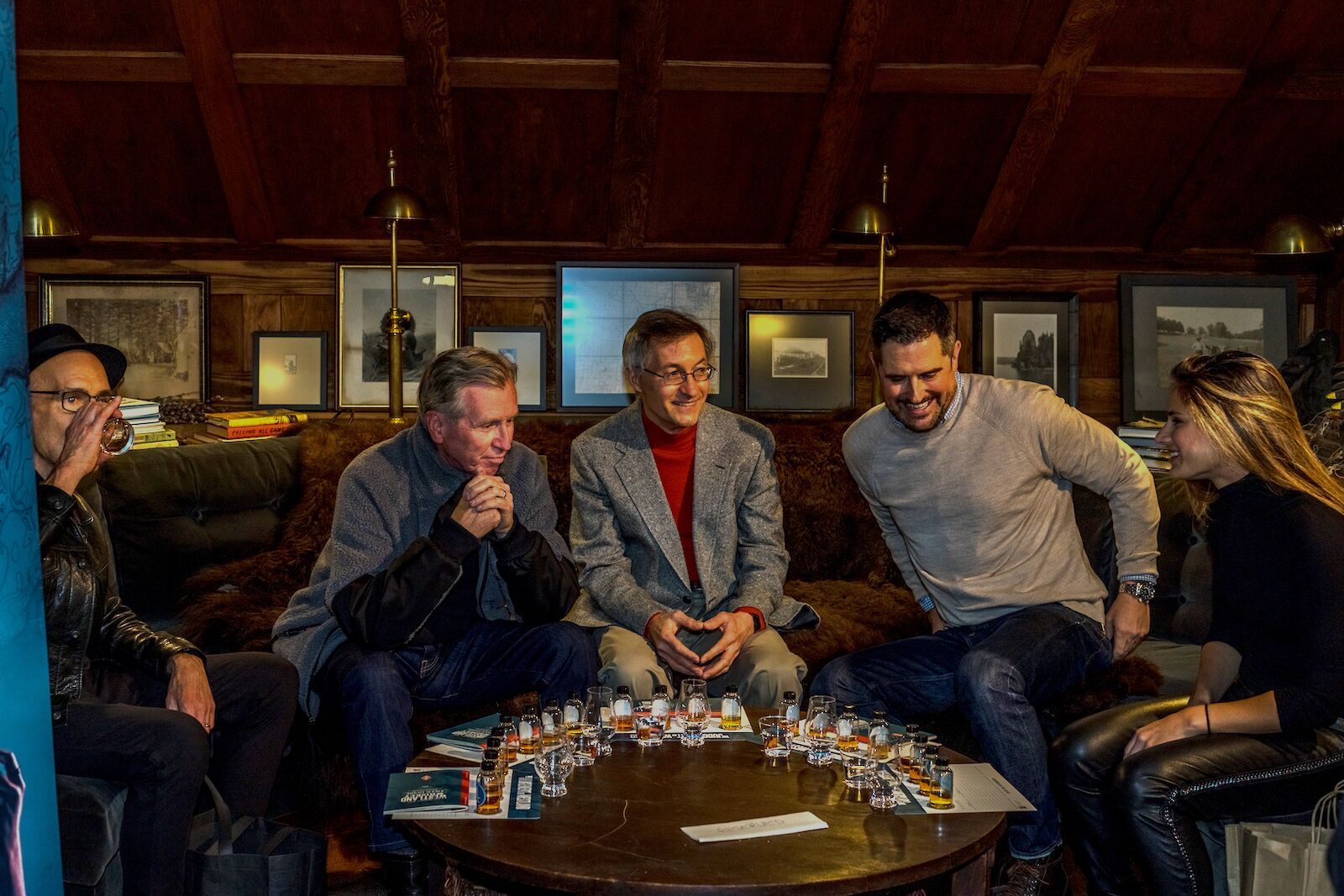 Matador Network: Single malt whiskey outside of Scotland and Ireland has existed for some time now. Why do you feel that this was the right time to do something like the Judgment of Westland?

Matt Hofmann: I think it’s precisely because single malt has existed for some time outside of Scotland and Ireland that we felt now was the time to do something like the Judgement of Westland. There are still so many people, particularly in the US, who are learning that not only is there a massive, growing community of single malt producers in America, but in dozens of other countries as well. That being said, you’re entering into a pretty complex world when you try to explore beyond the conventional categories. Doing a blind tasting like this helps to simplify the experience, just note how much you like what you have in front of you, no strings attached. After all, drinking delicious whiskey is why we’re all fans of single malt isn’t it?

When do you foresee single malt being considered as a worldwide category in the United States versus something that’s entirely, or primarily, dominated by Scottish producers?

There’s really two phases to this country’s understanding of single malt being a global phenomenon. The first phase has already happened with the hardcore enthusiasts love of Japanese single malt breaking down that primary barrier of, “Wait, I thought single malt could only be made in Scotland?” The second wave I think will come as American single malt gains wider recognition and understanding. It’s hard for many small global producers to ship single malt here when there is a much more established market for it in Europe in particular. I tend to believe that Americans view the category through a lens that’s totally unique in the world. When they see themselves expressed in single malt, at scale, the understanding of the category as a whole will explode.

Where do you think some of the most exciting single malts are being produced in the world?

Well obviously I’m going to say the US, to start with! Besides my obvious bias since Westland is very much at the leading edge of doing exciting things in this category, I tend to be excited by other distilleries trying something new yet with a sense of purpose. I’m not “excited” by someone making a great copy of Scottish single malt, even if I respect the care that goes into making something taste delicious. That’s just who I am and what interests me. Other countries I’m excited by tend to be the ones that link their whiskey to agriculture in some way, mostly places like France, Germany, and Australia for the moment, but there’s at least one exciting distillery in every country it seems like these days. 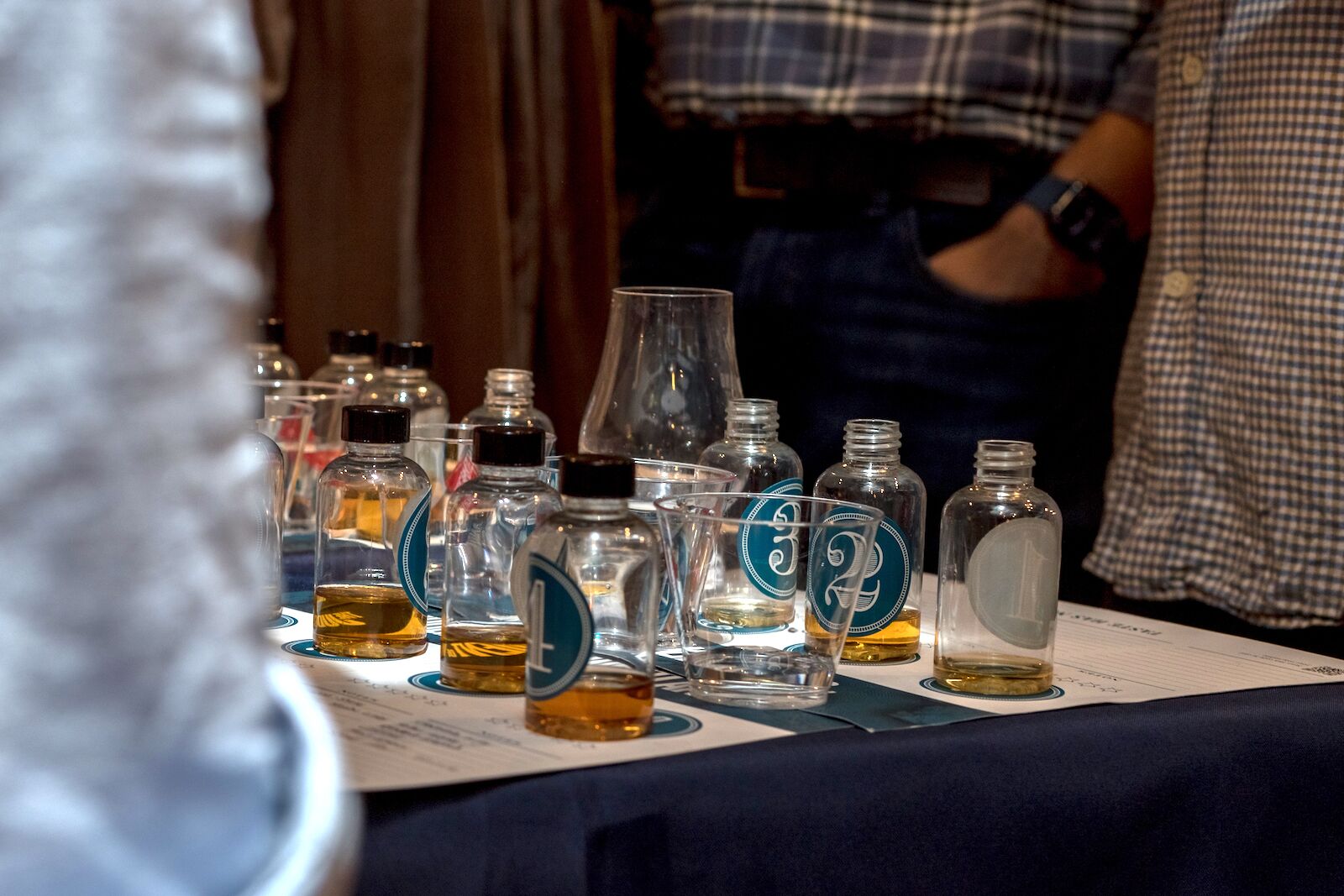 Where do the biggest differences in style by country come into play in your opinion?

The beauty of single malt, for me, is to use the same principle four raw ingredients and the same basic technique to create wildly different outcomes. We’re all using the same, single grain type: malted barley. If you want to broadly generalize by country (and remember there are always exceptions), there are a few trends that you see out there.

First of all, Japan tends to distinguish itself from Scotland by creating hyper-complex technique variations to create a wide variety of flavor profiles in their aging stocks. This is an approach that appealed to us at Westland and we use it as well. I think looking at Canada and the US at the same time is really interesting too. Most Canadian single malts I’ve tasted are pretty close to their Scottish counterparts, which in my opinion mirrors Canada’s links with the UK, whereas most American single malts are trying something different, more bombastic, more innovative. Sometimes those innovations fail, but those that succeed tend to be very exciting.

In general the biggest differences by country tend to be whether they embrace their own local culture and ingredients. Are they farming their barley locally? Are they sourcing local, unique casks for maturation? Things like that. When distilleries lean into trying to be a representative of their own locale, as Westland does, it tends to equate to bigger stylistic differences in the finished product.

In addition to doing the online tasting with whiskey writers, I stopped by one of the tastings with friends at a bar in San Diego that was completely filled up. How much interest was shown in consumer markets for the Judgment of Westland?

Well the funny thing about this is that we really didn’t anticipate doing too many online tastings at all — perhaps we were too optimistic about the end-date of COVID as we were planning it. So we were limited to in-person tastings where local regulations allowed them. That being said, we had huge interest from our very first tastings in London and it never stopped. We even offered to do a tasting for a large whiskey club with 200 spots available and had interest for more than 3,000!

I think a lot of people were curious about the concept, to do a structured blind tasting is actually a really rare experience for most people. And I think people were most curious about it because we were putting ourselves out there. We could have “lost” the tasting! That belief in the quality of our liquid caught peoples’ attention, for sure.

At what point did you start to think that these single malt whiskeys from around the world could compete with Scotch single malts?

I’ve known that single malts from around the world could compete with Scottish products since the day I founded Westland, just by getting exposure to the industry. This was right as Japanese whiskey was taking off in the US. But this competition was not just for people like me who are “in the know” in the whiskey business. We figured, if people had the same access to taste whiskeys from around the world all together as we do, here in the form of a blind tasting, it could really accelerate the understanding of single malt as a global product.

Do you think this more suggests that worldwide styles are becoming monotonous, or that the quality overall of single malt whiskeys has equalized?

I think there are three parts to this answer. First of all, absolutely the overall quality of single malt, in my mind, has equalized at a global level. That being said, some whiskeys are following the same playbook at Scotland when it comes to why their whiskey tastes the way that it does, so that makes it difficult to tell which country is which. But our selectors purposely chose whiskeys that were aligned in terms of price point, alcohol level, etc… which is where you tend to not see as much differentiation as you would if it were single casks or limited editions. 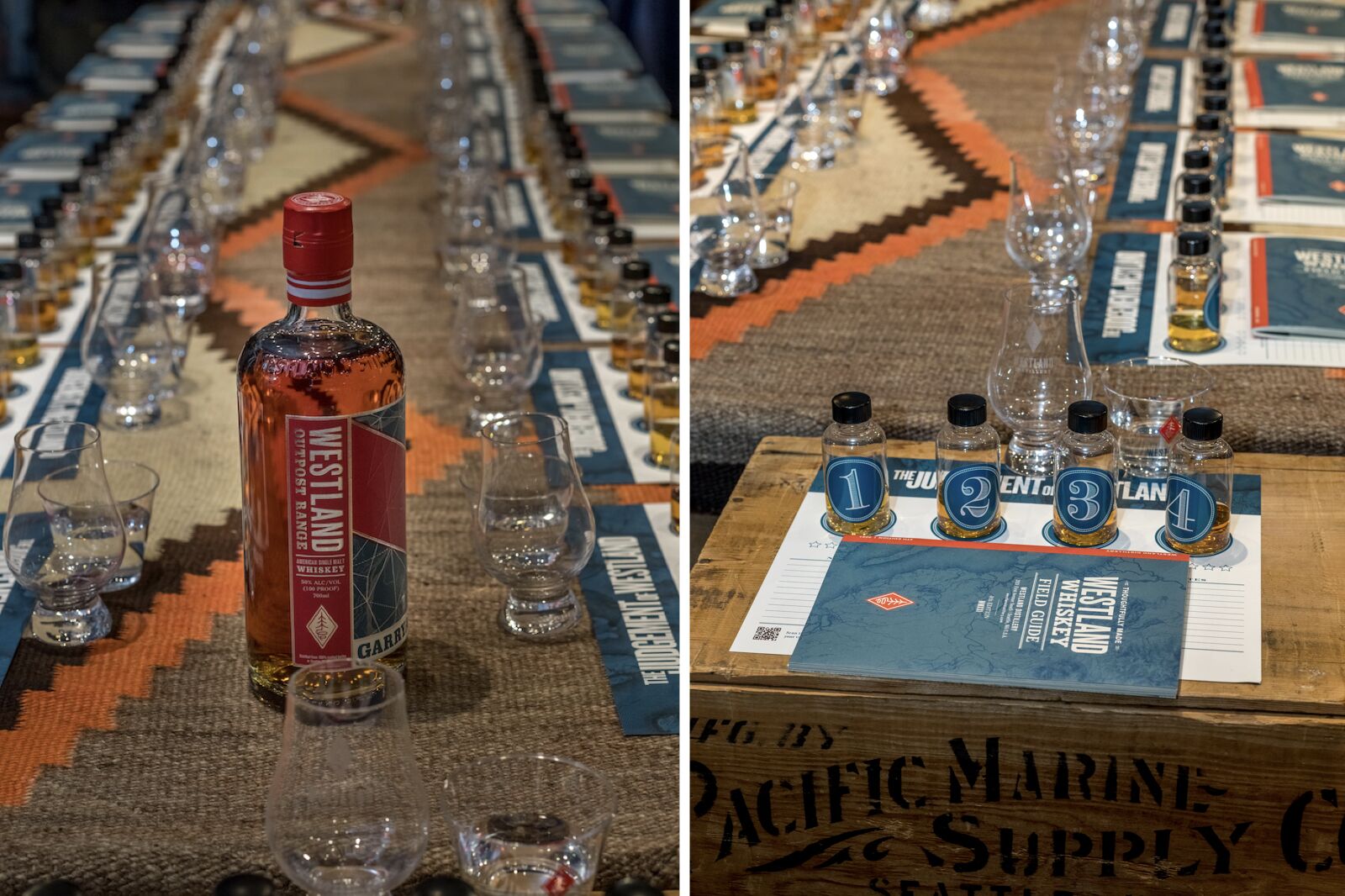 Which other countries where single malt is being made would you add to the list if you were to do something like this again?

Japan was not on this list and I think that was a great decision personally, as it would have made it a bit too easy to have two of the products being from places they already know. But if someone were to replicate this at home with a group of friends (something I highly recommend doing!), throwing a Japanese single malt in there is absolutely a great idea. If we were to do this again I’d think we would shake up the two non-Scotland, non-US whiskeys. Go to continental Europe perhaps, or elsewhere in the Western Hemisphere.

Looking forward, how do you see the Judgement of Westland fitting into the broader story of the rise of single malts from around the world?

I really hope it sparks a conversation with people to get outside of their comfort zones and realize there’s this huge world of whiskey just waiting to be discovered. It’s tough because there’s already so much good single malt whiskey coming from places like Scotland and Japan, and a lot of people are content to stay right there. But I expect the momentum to continue and people can look back at this moment as the time when a distillery bet its entire reputation on the belief that their single malt (and others) could go toe-to-toe against Scotland. That, I hope, stays with people for a long time.