Now reading: 9 crave-worthy types of dumplings from around the world
Share
PrevNext

THERE ARE A few styles of food that can be found just about everywhere you go. Noodles, for one, and bread. Another is the dumpling, which goes by many names but is arguably the most delicious and versatile food found around the world.

“Dumplings are a global comfort food, and each culture has its own form of dumplings,” says Aaron Yang, the vice president of Din Tai Fung Restaurant Group, which recently opened a location at ARIA Resorts & Casino in Las Vegas. “They are easy to eat, versatile in their shapes and filling, and can be cooked in a variety of ways: boiled, steamed, or pan-fried.”

In the most basic sense, a dumpling is simply dough that’s filled with meat or vegetables and cooked. From there, the options are nearly endless. Some dumplings are small enough to be eaten in one bite; others are a meal unto themselves. The dough ingredients can be wheat flour, rice flour, or potatoes, while inside you can find pretty much anything that’s popularly available in the region that you’re eating dumplings in. Many dumplings have two distinct parts (a wrapper and a filling) though some are well integrated after being cooked.

Chef Shin Myazawa, of the Japan Food Entertainment restaurant Menbaka Ichidai in Kyoto, Japan, says that eating regional styles of dumplings is one of the great joys of travel.

“I can’t even imagine what’s inside the dumplings, sweet or spicy,” Myazawa says. “Such excitement is one of the factors that fascinates people. Also, as long as you wrap it in the skin, you can call it a ‘dumpling’ regardless of the contents, and one of the attractions is that you can make many variations in taste. Even if the ingredients are the same, adjusting the spices will give them a different taste.”

Dumplings are as much a food of convenience — they’re both portable and sustaining — as they are a food bursting with flavor. No matter what you call them or where you’re located, dumplings are always worth a try (and, more often than not, there’s a long history behind how those dumplings became associated with the region you’re eating them in). These are some of the most popular types of dumplings from around the world. 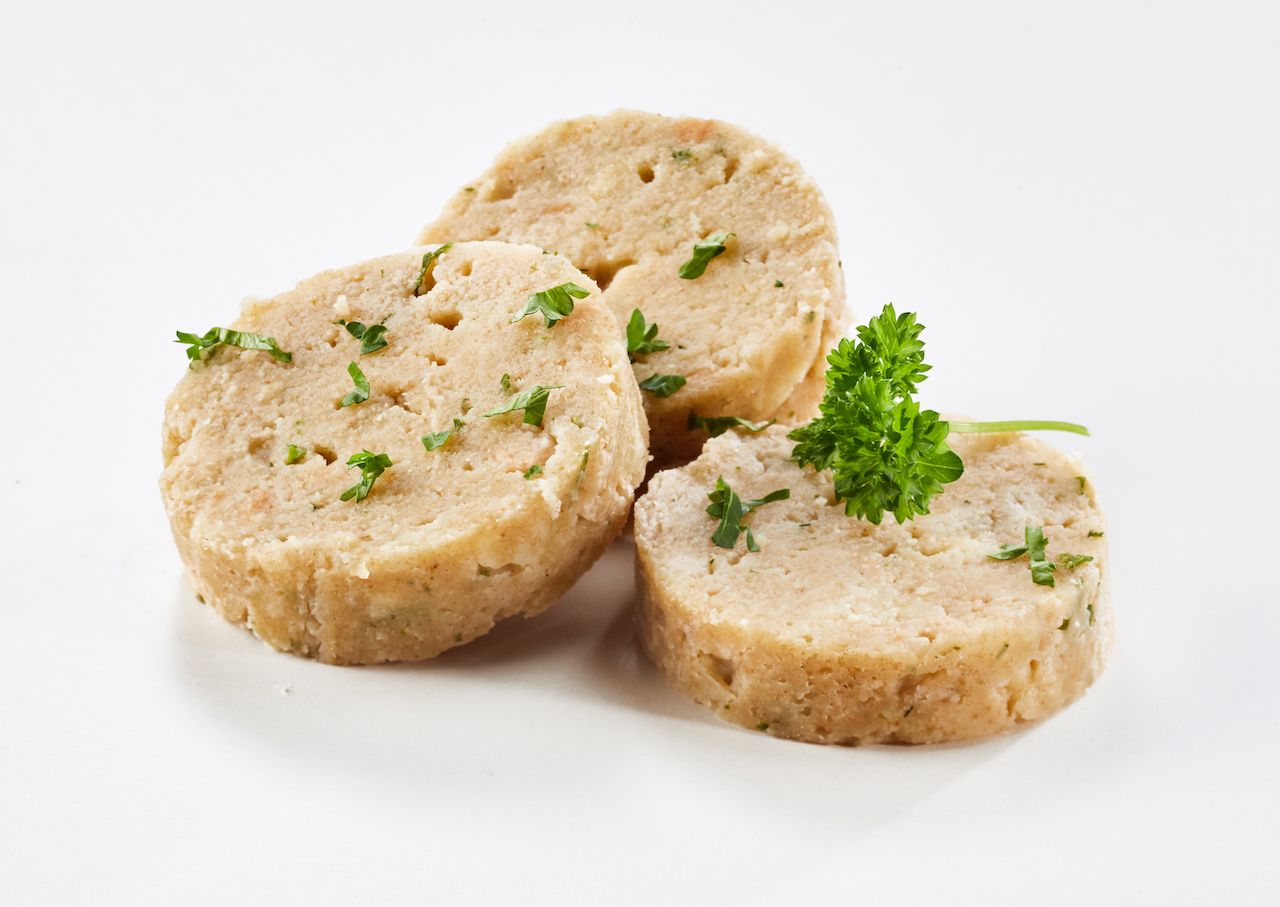 There are two types of dumplings served in Germany, says Philipp Vogel, chef and managing director of Orania.Berlin in Berlin. There are potato dumplings that serve as a traditional side for the Christmas goose or duck, as well as with meals like schweinshaxe (pork knuckle). And then there are bread dumplings called servietten knödel, which translates literally to “napkin dumplings” because they were cooked in a napkin, Vogel says. Servietten knödel is made with stale bread and a medley of whatever vegetables or fungi is available.

“The great thing about napkin dumplings is that you can use whatever leftover bread you have in your pantry, and then add almost any flavorful ingredients you’d like — any variety of mushrooms or fresh herbs, sometimes we even add bacon or smoked fish,” Vogel says. 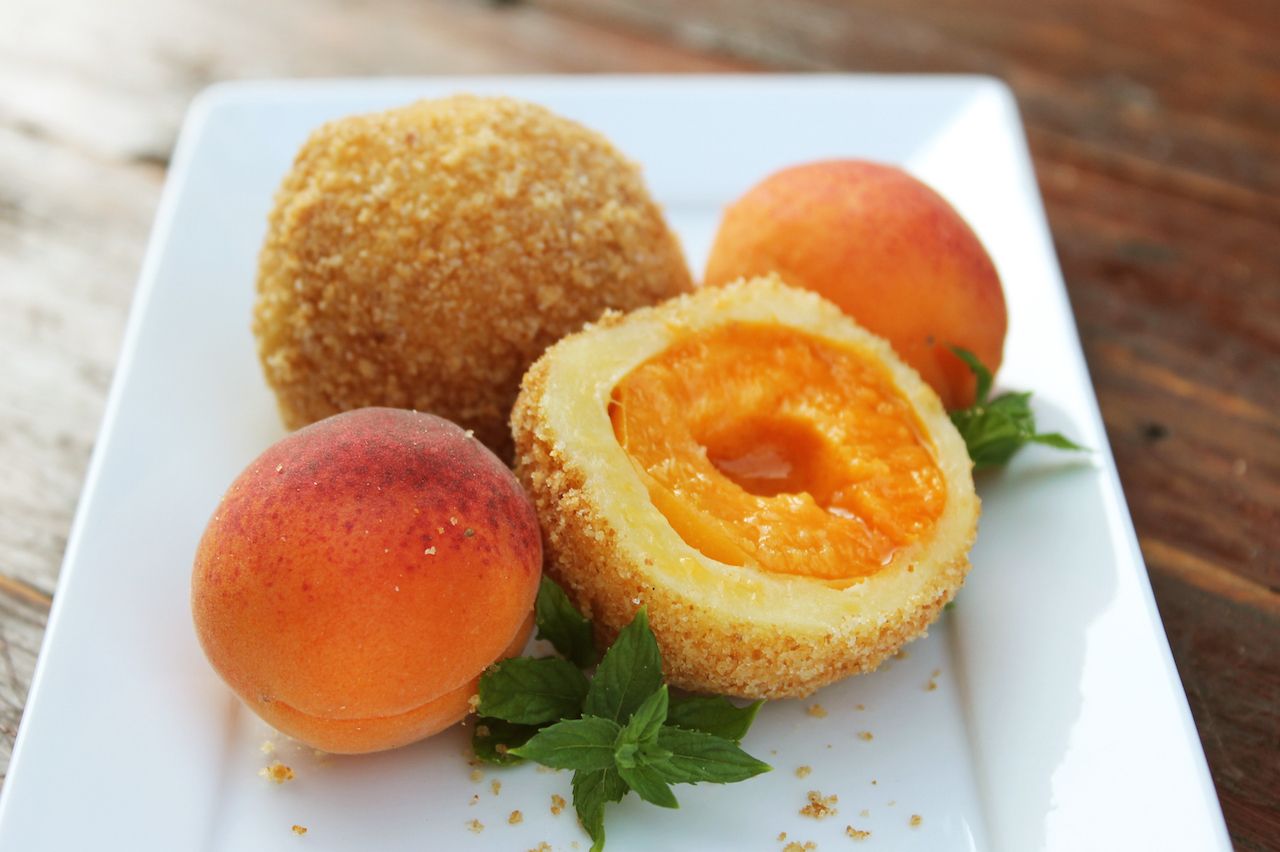 Originally from the region of Bohemia, topfenknödel are popular sweet dumplings made with cheese curd and apricot in Austria. The key ingredient for the dumpling dough is quark, which is a type of fresh cheese curd. Egg and flour round the dough out. A whole pitted apricot with some sugar is placed inside. Topfenknödel are then boiled in water before serving. Among all of the dumplings in the world, Vogel puts these in his top three favorites. 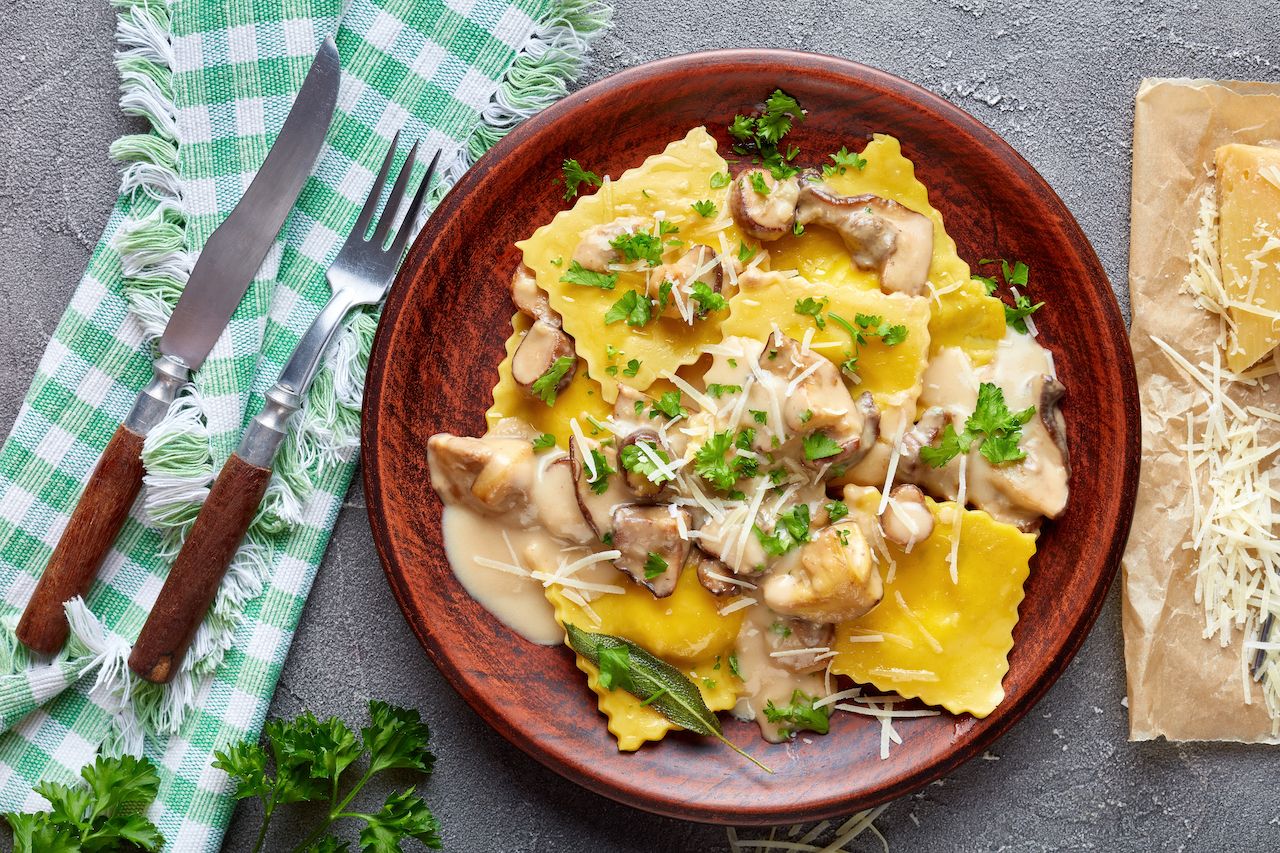 Photo: from my point of view/Shutterstock

Of all of the types of dumplings sold around the world, ravioli (singular: raviolo) regularly rank among the most expensive. Plates of just a couple of ravioli are sold for dozens of dollars at fine dining establishments (as well as your average Italian restaurants) around the world. That said, affordable, mass-market versions of ravioli abound as well. Both have a place for such a historic and traditional food.

“People love dumplings because of what they’re filled with,” says chef Andrea Antonini of the Michelin-starred Imàgo restaurant at the five-star Hotel Hassler Roma in Rome. “What’s particularly interesting is that there isn’t one official or widely accepted recipe. The filling, for instance, can include anything from meat to ricotta cheese to vegetables. Until you bite into it and taste it, you don’t know what it will taste like, and this, for me, is what makes ravioli so unique.”

Though you may have a set idea of ravioli, it’s far from a monolith. You’d be hard-pressed to find a complete account of every variety. Just like there are seemingly countless types of Italian pasta, there are seemingly countless types of ravioli. There are the square agnolotti and the egg pasta ravioli anolini from Parma. There are meat-filled marubini that are typically served in broth, ring-shaped tortelli, and the pinched together plin from Piedmont. Pansoti, cappellacci, maccaruni chini — the list goes on, all with different traditional shapes and fillings. 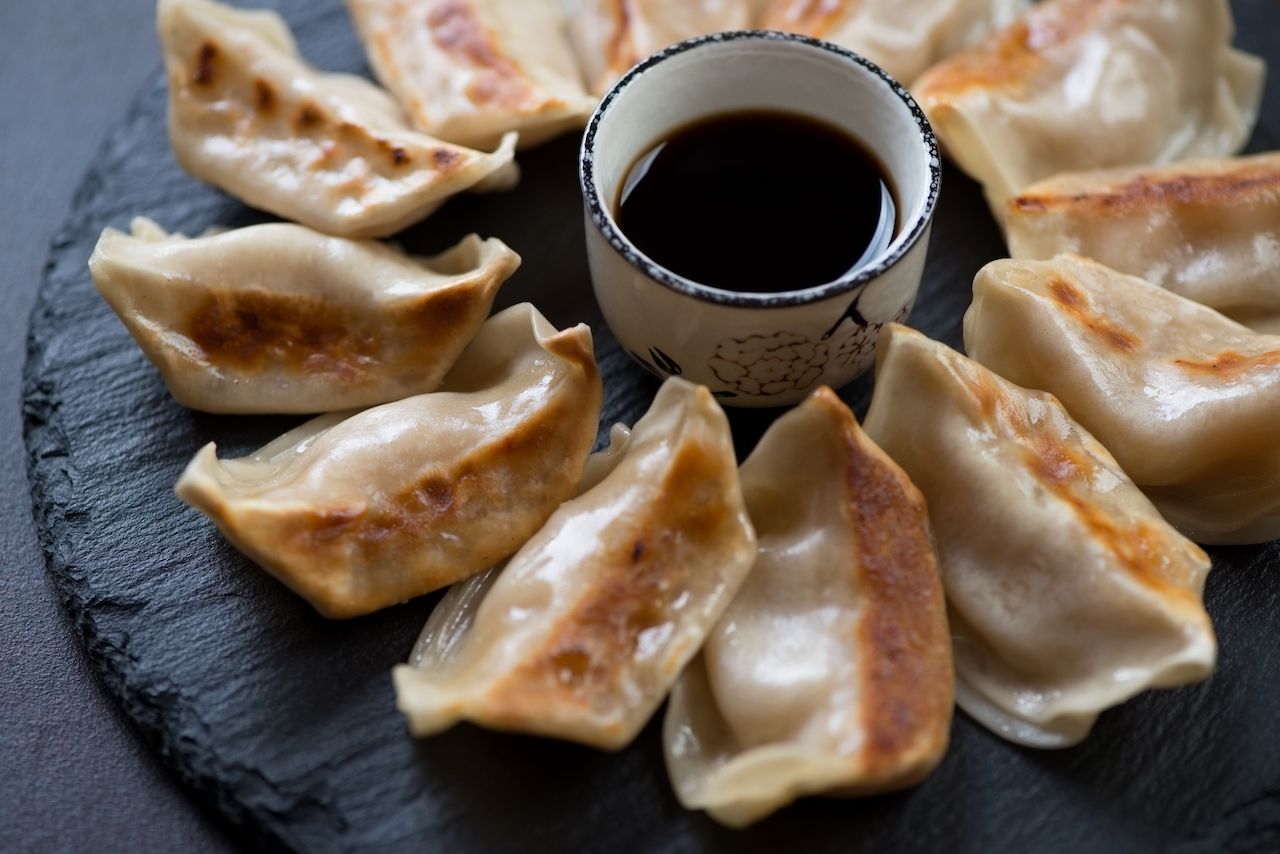 Gyoza are a half-moon shape, and have a thin wrapping with a filling that’s commonly made with pork, cabbage, leeks, and garlic, though the ingredients depend on who is making them. The bottom is crispy while the top is softer thanks to how gyoza are steamed after being pan-fried. The dumplings are typically eaten as a side dish (often alongside ramen) in Japan.

You’ll also find other types of dumplings in Japan. There are shumai (cylindrical steamed pork dumplings) and nikuman (steamed pork bungs in a sponge-like dough). 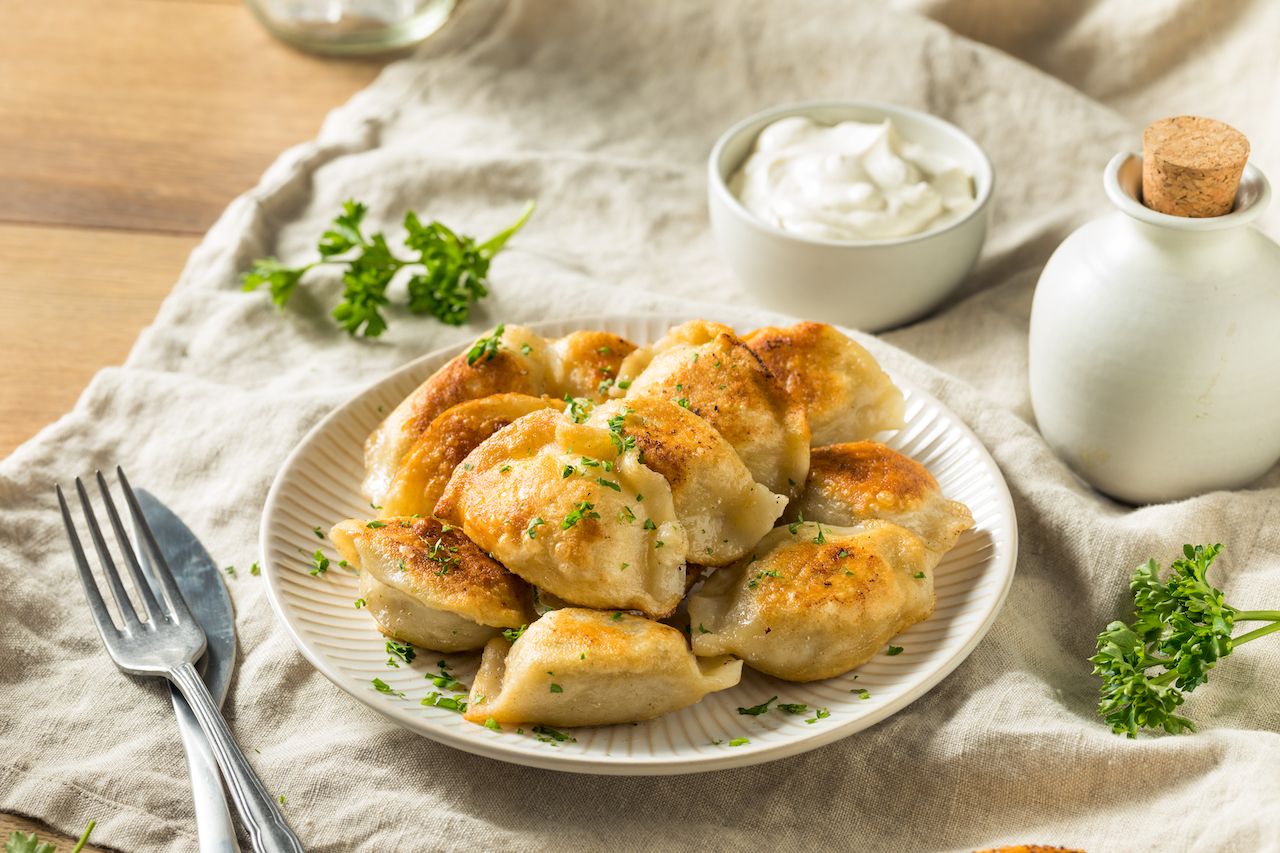 Pierogi (singular: pieróg) are popular half-moon flour dumplings that are either boiled, baked, or fried and are commonly served with sour cream, bacon, or onions. The filling can be just about anything: pork, beef, chicken, veal, lamb, duck, or goose can all be found in Poland, as can pierogi filled with buckwheat or lentils. Some regions lean on fish while in others it’s more common to find sausage and bryndza, a type of sheep’s cheese from the Tatra mountains. One of the most popular is pierogi ruskie, made with potatoes and quark cheese curds. Despite the name, pierogi ruskie likely come from a part of Ukraine that was once part of Poland.

Pierogi date back to the 13th century. One popular origin tale is that they came from the patron saint of pierogi: Hyacinth of Poland. According to legend, Hyacinth brought them from Kievian Rus, which is now Ukraine. The oldest written pierogi recipe dates back to a chopped kidney, veal fat, greens, and nutmeg version in “Compendium Ferculorum,” which was published in 1682 and is the oldest cookbook written in Polish. 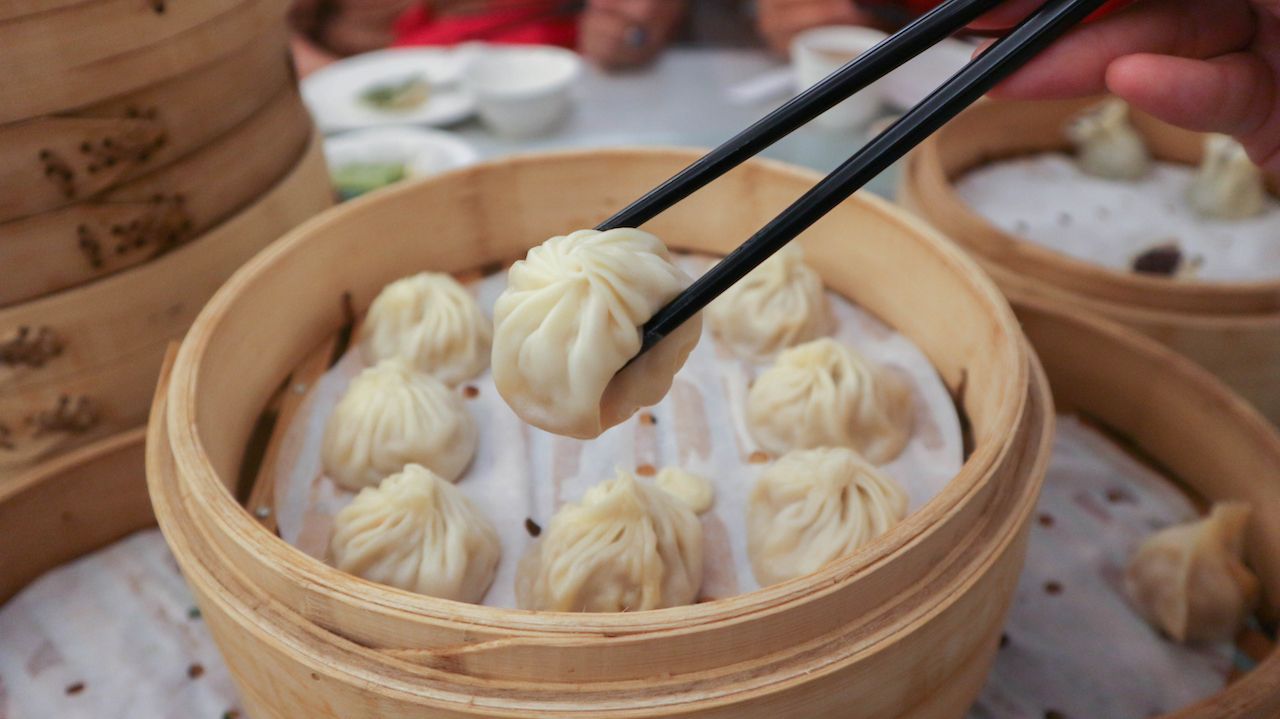 In the US, knowledge of xiao long bao, or soup dumplings, reached critical mass with the 2018 Pixar short film Bao (Google Trends data shows that searches for xiao long bao rose through 2018 and peaked in 2019). The name translates literally to “little basket bun,” and according to the South China Morning Post, the style is believed to have been invented in Shanghai in the 1870s. Yet it became a global phenomenon in large part thanks to entrepreneurs and restaurateurs in Taiwan, as Patricia Unterman found on a long journey through the history of xiao long bao for AFAR.

“Taiwan is home to many kinds of dumplings, and most of them are street market food,” Yang says. “However, when thinking about what food represents Taiwan, many would name xiao long bao.”

The original Din Tai Fung in Taipei played a major role in introducing xiao long bao to the world, and it’s outposts like that in Las Vegas continue to spread the word. At Din Tai Fung outposts, the dumpling skins are thin and delicate along the edges and thick enough to hold the filling in the center.

“Over the years, we have discovered that the golden ratio of folds to close the dumpling is 18 as it brings out the perfect amount of texture,” Yang says. “We also steam our xiao long bao inside bamboo steamers to add a natural flavor.”

While not all of the xiao long bao you encounter will have this level of care, they’re always worth a try. 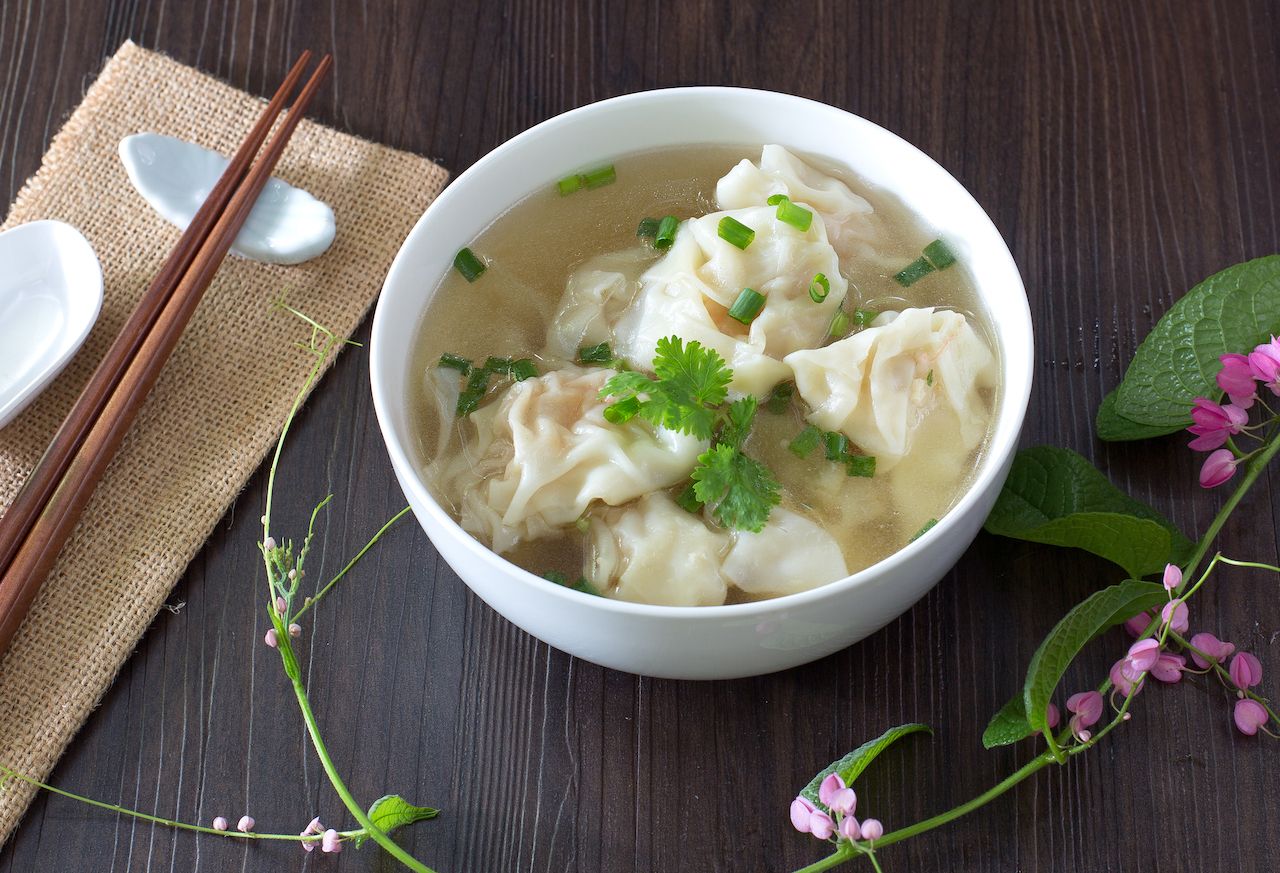 Wontons are made with a thin wrapping that’s nearly translucent. Inside, you’ll typically find shrimp or pork along with shallots, ginger, and other spices. Unlike many other types of dumpling that are served solo as a side or main dish, wontons are traditionally served in a clear broth soup. Some date wontons back to the Qing Dynasty in the mid-1600s. It’s one of many types of Chinese dumplings alongside variations like har gow (steamed shrimp dumplings) and shu mai (open-top pork or shrimp dumplings), as anyone who has eaten at a dim sum restaurant knows full well. 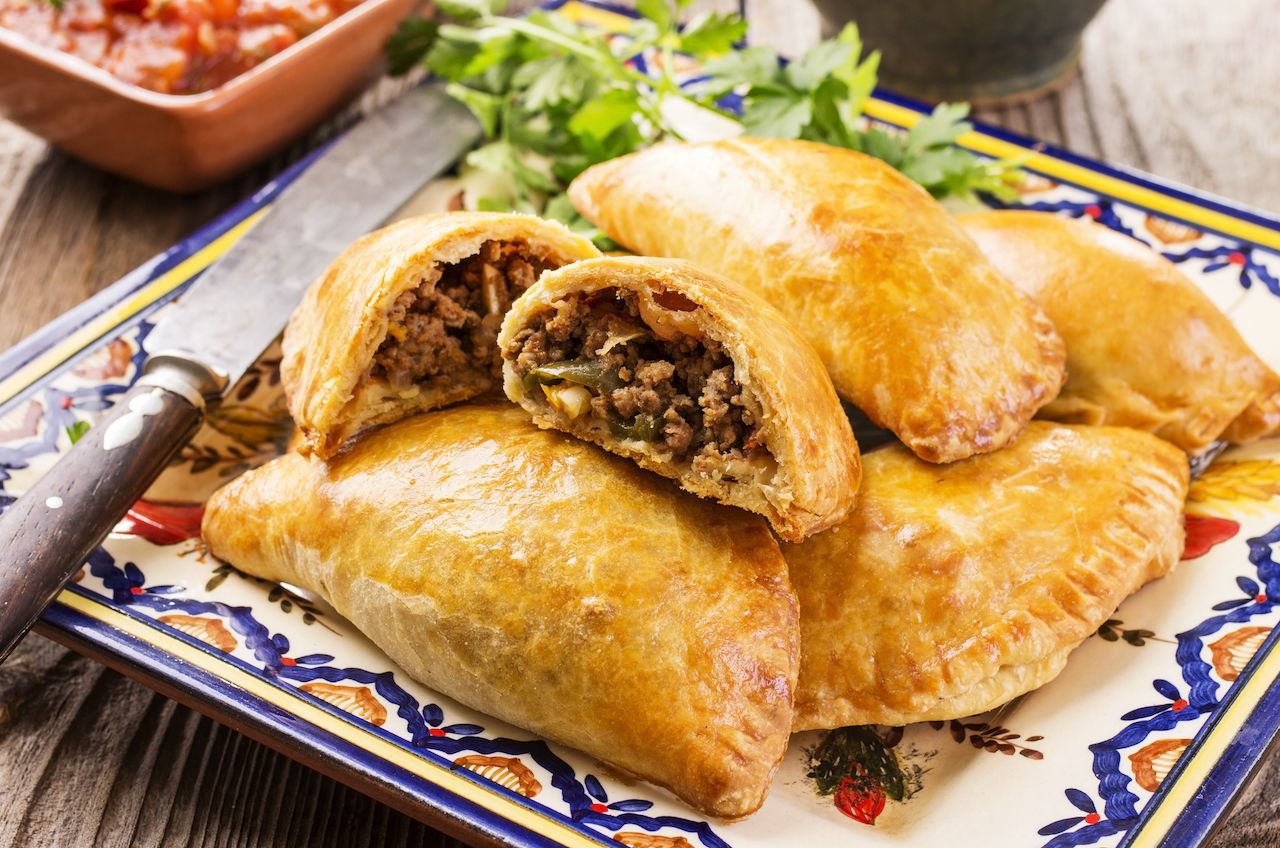 Empanadas are different from many of the other types of dumplings on this list because they’re typically deep-fried or baked. But if a dumpling is simply a filling that’s wrapped in dough and cooked, an empanada is indeed a dumpling. The name comes from the Spanish verb empanar, which means “to wrap or coat in bread.” Any number of meats and vegetables can be inside depending on where you’re purchasing your empanada. Minced and spiced pork is popular in Mexico and across South America, though there are dessert versions, as well, such as pumpkin empanadas common in the American Southwest around Thanksgiving.

It’s believed that empanadas originally hail from Galicia, Spain. By some accounts, they’re a derivative of samosas brought over from when the Moors ruled the Iberian Peninsula from the 700s until the late 1400s. 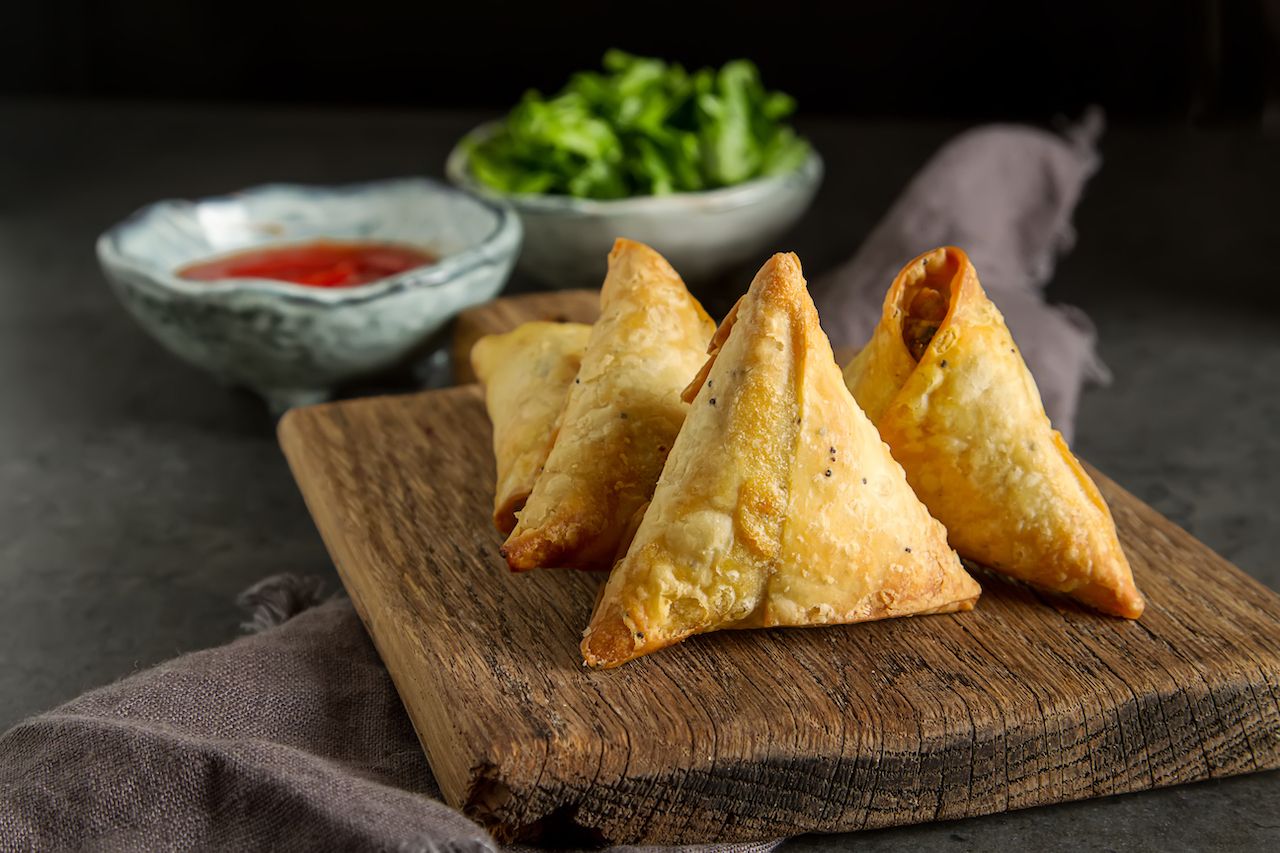 Samosas are ubiquitous across the Indian subcontinent. These dumplings are made with a dough that’s often fried and filled with everything from meat to vegetables to potatoes to cheese depending on where you purchase them.

Though they’re most associated with India today, samosas originally come from ancient Persia, according to the BBC (the name derives from the Persian word sanbosag). The first written reference dates back to the 11th century when the historian Abul-Fazi Beyhaqi wrote of a fried pastry filled with minced meat, nuts, and dried fruit. Over time, it made its way to what is now India, and each region adapted the recipe for the filling to their own taste preferences.