GOING TO THE beach is not always as simple as showing up to the shore. In many places, from Bali to the Caribbean, some of the finest oceanfront real estate has been claimed by resorts or homeowners and cordoned off to the general public. Elsewhere, such as New Jersey, even the public beaches come with an entry fee. These private, costly beaches can be a real mood killer for those who’ve booked shoreside vacations unaware. Luckily, some of the world’s most highly coveted coastal destinations have pledged to keep their coastlines open to all and fee-free. Here are eight vacation spots that promise easy access to the sand and surf — and three of their most serene, secluded public beaches to visit if you’d still like some privacy.

Australia has one of the longest coastlines in the world, measuring more than 16,000 miles. The laws surrounding its 10,000-plus beaches vary by state, but as a rule, any land that falls within the high-water mark, or high-tide line, is considered Crown Land and open to the public. 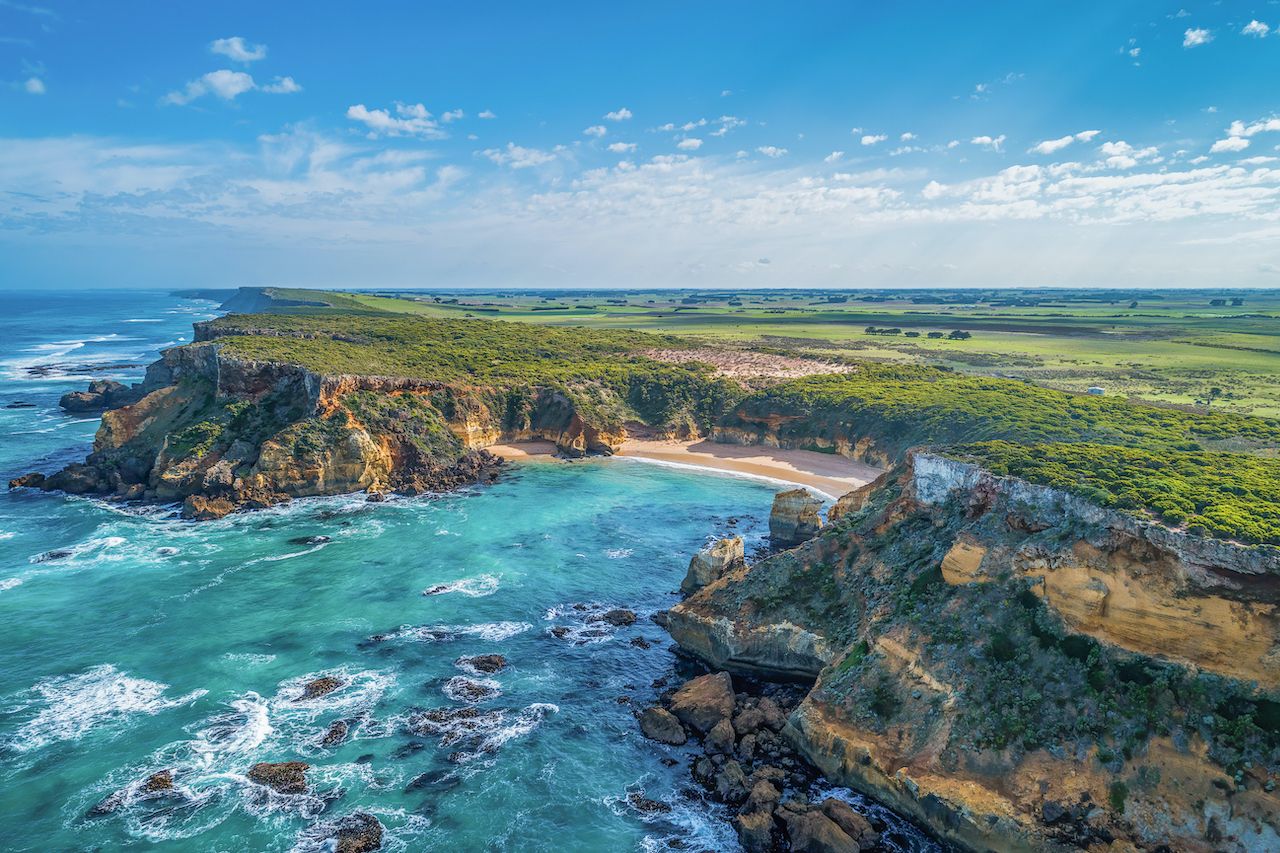 Milk Beach: Though not entirely crowd-free, Milk Beach is a local favorite in suburban Sydney and a far cry from tourist-riddled beaches like Bondi. It’s located at the bottom of Hermit Bay in Sydney Harbour National Park and can be reached by car, bus, or boat.

Childers Cove: Much to the enjoyment of those who discover it, this opaquely marked beach along Victoria’s Great Ocean Road is overshadowed by the iconic 12 Apostles rock formation nearby. If you do manage to find Childers Cove, expect unspoiled surf and sand, which you’ll also get in neighboring Murnanes Beach and Sandy Cove.

Bailey Beach: Offshore reefs make this modest beach near Perth, Western Australia, a better choice for snorkeling than swimming. Forming mini beaches of their own, the nooks and crannies found at Bailey’s southern end are also prime for beachcombing.

Thai beaches are public domain, but access can be tricky where there are hotels. Non-guests may be prevented from reaching these beaches via private property. Little can be done about alternate means of entry, however, such as arriving by boat or finding a trail off hotel grounds. 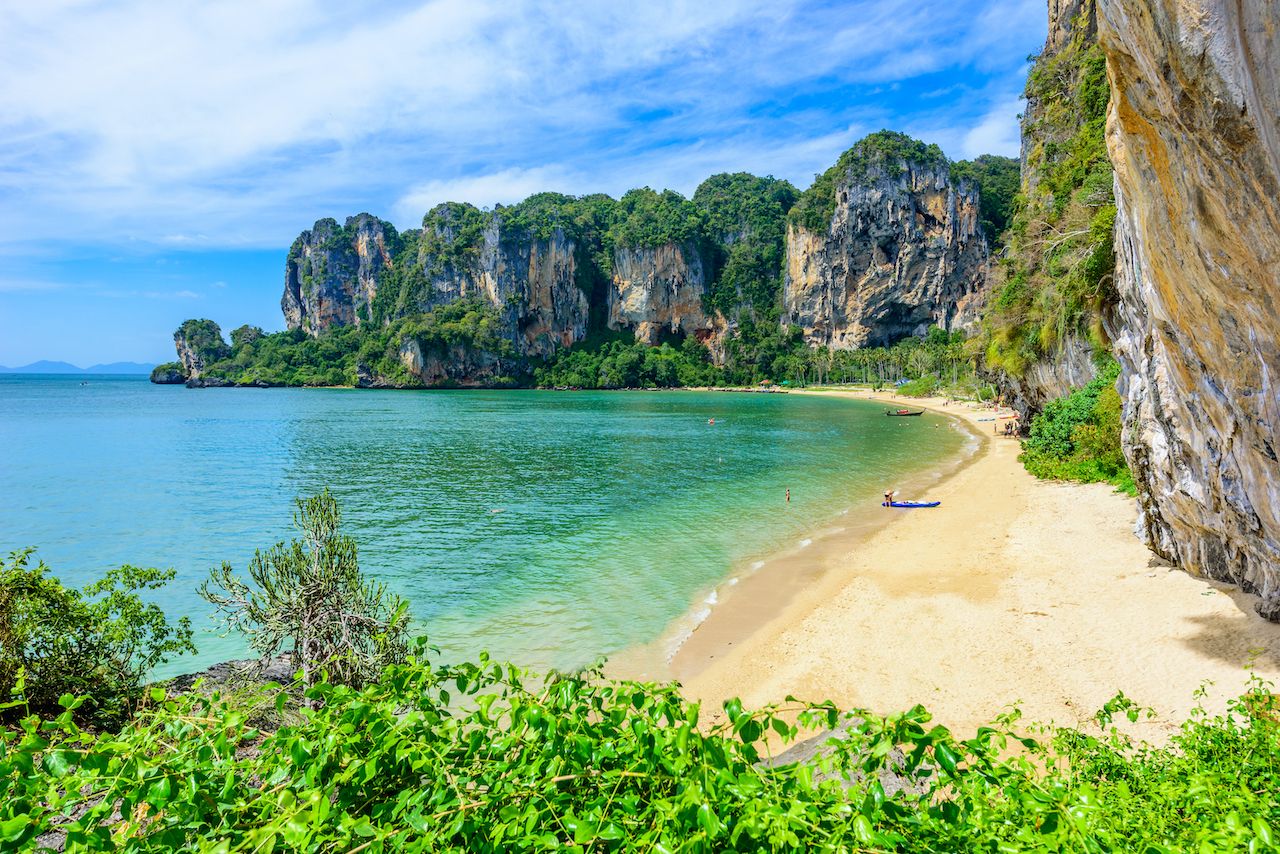 Tonsai Beach: Tonsai is one of the quieter beaches on the Railay Peninsula, which is widely known among rock climbers but rarely inundated with sunbathers. Roughly 10 miles southwest of Krabi on the Andaman Coast, Tonsai is ideal for adventuring in peace, be it kayaking, scuba diving, or scurrying up the peninsula’s less-crowded karst cliffs.

Ao Khao Kwai: Also known as Buffalo Bay, Ao Khao Kwai is a secluded spot on Koh Phayam, which has been gaining in popularity but is still less crowded than many of the Thai islands. Visitors here will enjoy a quiet, rugged cove ringed by jungle and a mangrove forest on one end.

Koh Adang: Not a beach but an island, Koh Adang falls within the Tarutao National Marine Park near the Malaysian border. It neighbors Koh Lipe and is often described as a throwback to what the more popular Thai islands were like pre tourism. Though Koh Adang is only accessible by tail boat from busy Koh Lipe, we recommend heading straight there.

Portuguese beaches are open to all. Many are also designed to be accessible to all, including those with limited mobility. In total, Portugal has more than 200 accessible swimming areas, both coastal and inland, which are indicated by a white flag bearing a blue and yellow logo and the phrases “praia acessível” and “praia para todos,” or “beach for everyone.” 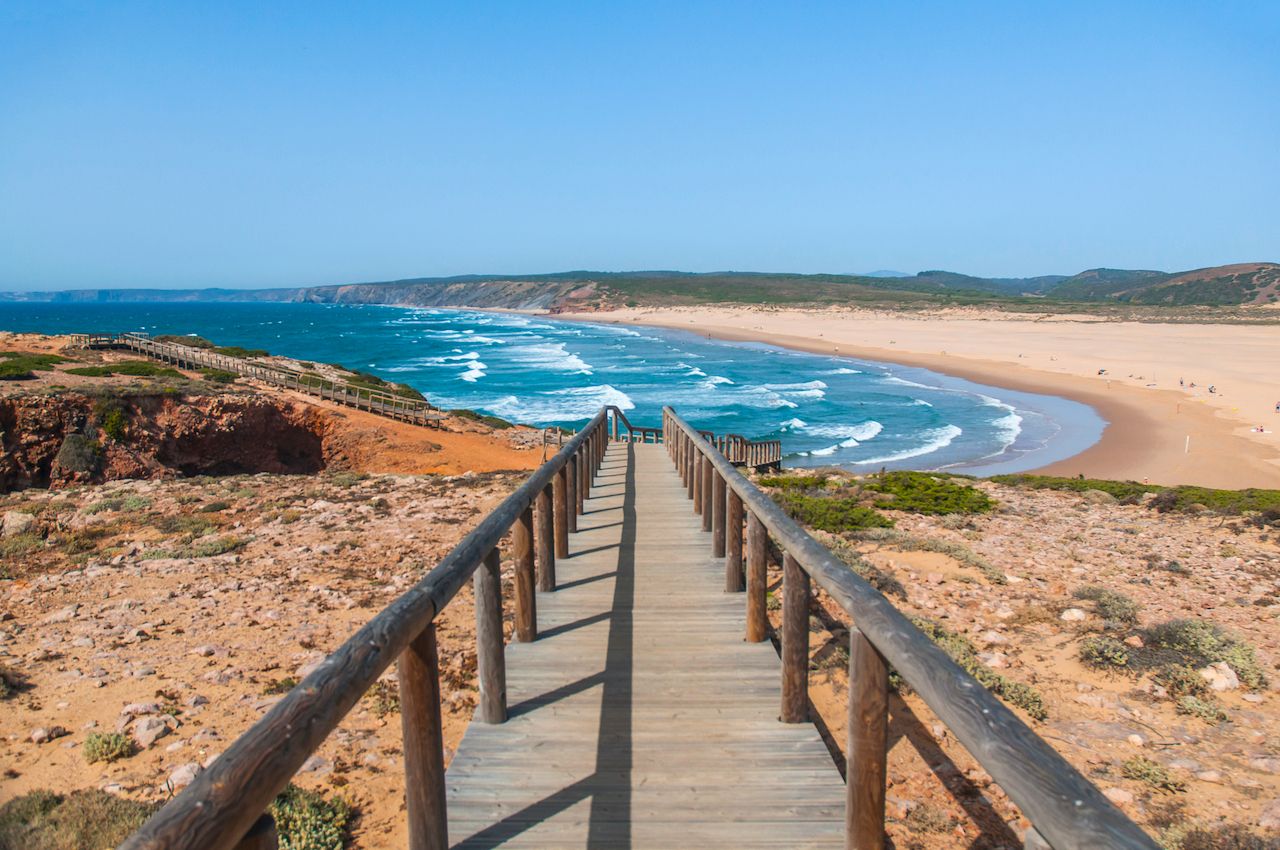 Praia do Baleal: Praia do Baleal is one of several beaches surrounding Peniche, which famously attracts some of the best surfers in Portugal and around the world. You’re likely to see surfers and local families when you visit, but the beach is long, and there’s plenty to go around.

Dunas de São Jacinto: This wide-open beach belongs to a nature reserve near Aveiro, which happens to be one of our favorite small towns in Portugal. Visitors here are greeted by golden sand dunes, which draw a line between the Ria de Aveiro and the Atlantic Ocean, plus forested areas, freshwater ponds, and a wealth of birdlife.

Praia da Bordeira: Praia da Bordeira is a welcome respite from the busier beaches in the Algarve region of southern Portugal. A stone’s throw from the village of Carrapateira, west of tourist centers like Lagos and Faro, this expansive, cliff-backed beach is popular with surfers and hikers who enjoy the surrounding Costa Vicentina nature park.

Barbados is one Caribbean island where all-inclusives have not claimed the coastline. Access can be made challenging by the presence of resorts, however, many of which also limit amenities like lounge chairs and restrooms to guests or those who purchase a day pass. 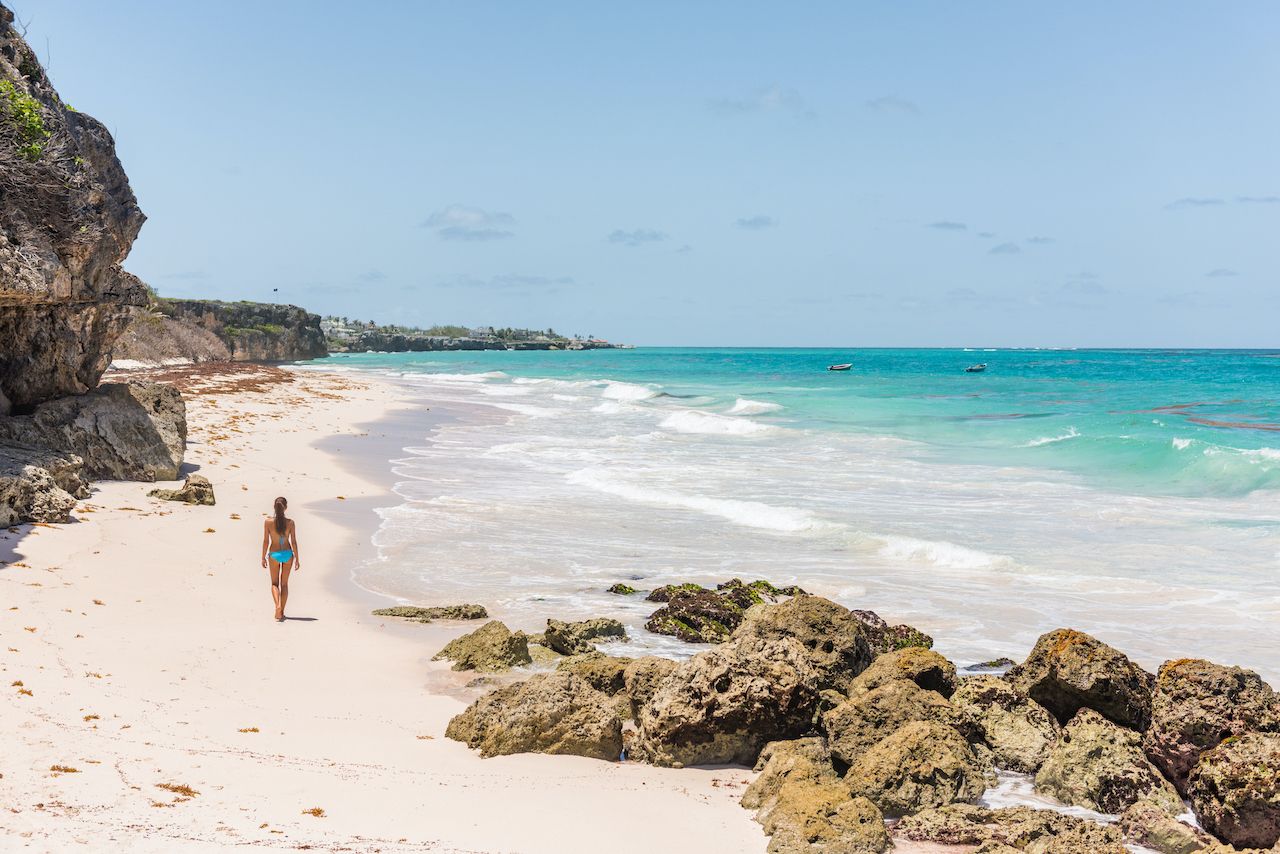 Ginger Bay: If you like admiring pink-sand beaches free of fellow admirers, Ginger Bay is the perfect alternative to neighboring Crane Beach. It’s a little over a mile down the coast from Shark Hole. Swimming isn’t advised, but beach strolls and picnics come highly recommended.

Shark Hole: Blink and you might miss this beach in St. Philip Parish. Given its small size, it can feel crowded with only a few visitors but is often empty during the week. It’s an excellent spot to start your day with a morning swim. Rest easy that there aren’t actually sharks.

Harrismith Beach: Those fed up with the crowds at Bottom Bay will appreciate the calm lagoon at nearby Harrismith Beach, which shares the island’s southeast boast. You can’t miss it: An old plantation house overlooks the shore and the stone staircase leading to the sand.

California law maintains that all beaches are public. In fact, this applies to all beaches on the West Coast, meaning that the entire Pacific coastline from where Washington meets Canada to where California meets Mexico is open to everyone. 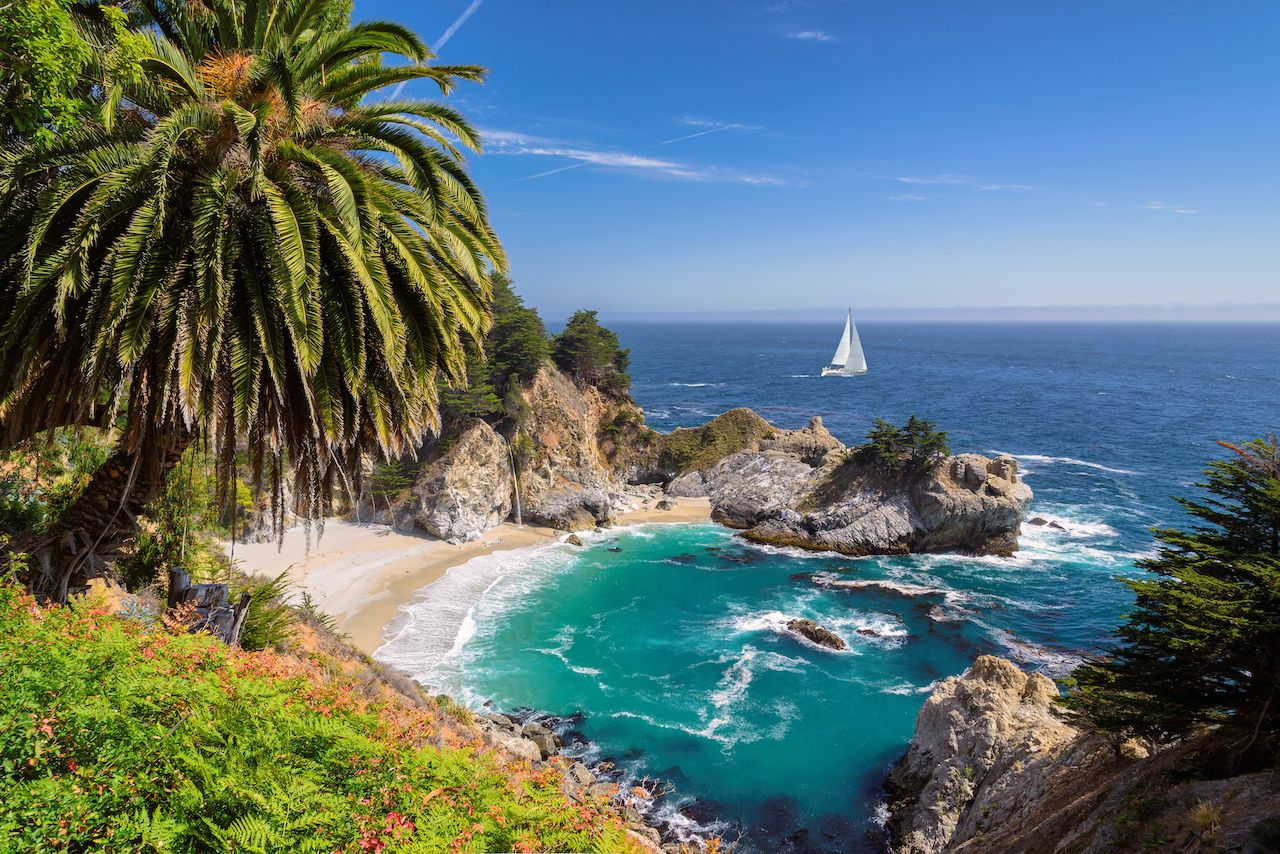 Pfeiffer Beach: Pfeiffer Beach is tucked away at the heart of Big Sur. It’s famous for its caves, coves, and rock formations, notably Keyhole Arch spanning the water. Also iconic is the purple sand on the northern end, made from manganese garnet. Though it gets more crowded than some Big Sur beaches, like secret San Carpoforo, Pfeiffer is worth sharing with a few others.

Point Sal State Beach: Getting to Point Sal State Beach in Santa Barbara County is a trek. A 10-mile round-trip trek to be exact. Those up for the hike are rewarded with roughly 1.5 miles of remote, rugged oceanfront and gorgeous coastal wildflowers during spring.

Throughout Spain, beaches are not only public and free, but seaside hotels are also forbidden from restricting beach access to the general public. Amenities like beach umbrellas and sunbeds may be reserved for hotel guests or come with a fee, however. 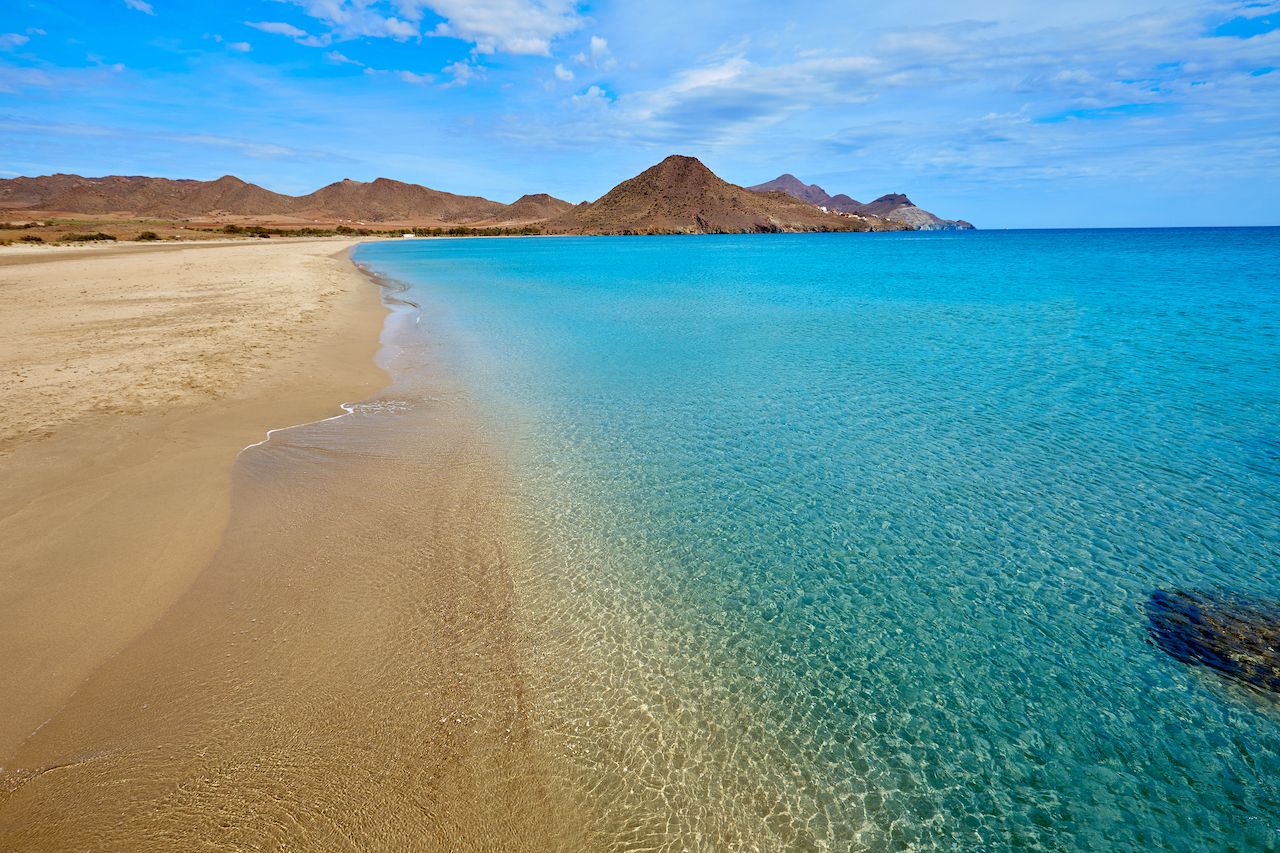 Cala Estreta: Cala Estreta lies midway up the Costa Brava, which begins near Barcelona and extends all the way to the French border, near the town of Palamós. That you can only reach the w-shaped cove on foot has helped keep visitors at bay. The fact that nudists are welcome might have also contributed, but depending on the visitor, that could be a selling point.

Playa del Silencio: This beach near the fishing village of Cudillero on Spain’s northern coast delivers what its name promises: silence. Though the rocky waters leave something for swimmers to desire, the cove’s cliff-swaddled scenery is as gorgeous as it gets.

Playa de Los Genoveses: Playa de Los Genoveses has been called the most beautiful bay in Andalucia’s Cabo de Gata Nature Reserve. The park’s protected status means there’s little to no infrastructure, which makes for a delightfully rugged and relaxed outing. You’ll want 4WD to navigate the reserve, but be prepared to walk to reach this beach.

Oceanfront accommodations may deter travelers from accessing certain beaches in Mexico, but the beaches on which these properties sit are, in fact, open for public use. 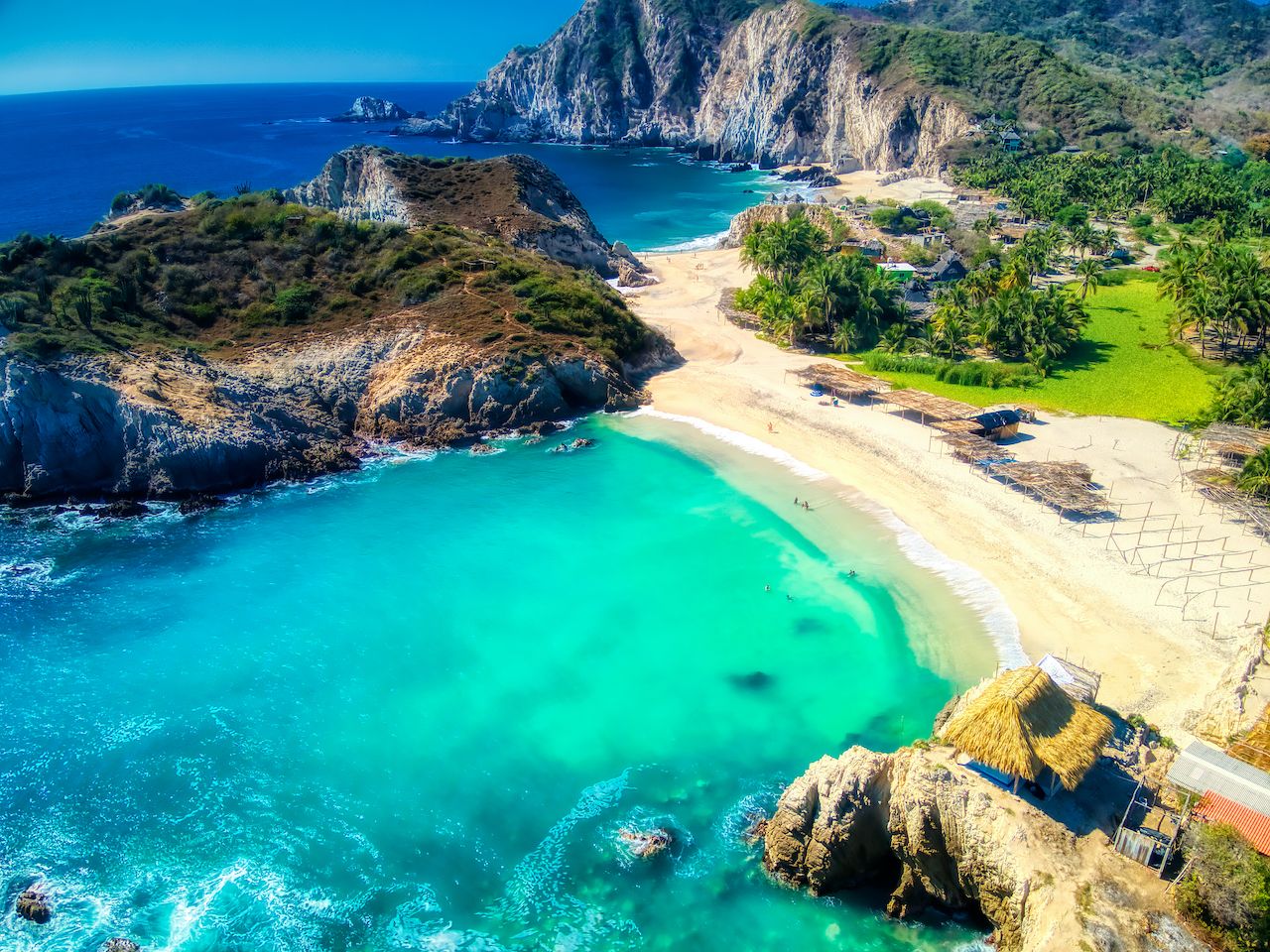 Maruata: Enchanting Maruata made it onto our list of the top crowd-free coastal vacations in Mexico. And judging by the reaction of our readers, we’re not alone in stanning this barely developed spit of shore in the Michoacán state. Beach camping is encouraged for a rustic retreat.

Xpu-Há: Xpu-Há is what the Riviera Maya looks like when you strip away the tourists at resorts like Playa del Carmen and Tulum. With clear waters, killer snorkeling, a few fish taco spots, and a couple of beach bars, Xpu-Há makes for the perfect beach day on Mexico’s Caribbean Coast.

Playa del Caballo: Some of the prettiest, calmest beaches in Mexico can be found in the state of Jalisco. Playa del Caballo is one example. Skip Puerto Vallarta and head to this quieter alternative roughly 12 miles down the coast, which is only accessible by water taxi or on foot.

Beaches in Cyprus are not only open to everyone, but resorts are also prevented from monopolizing the shore. Hotel guests do not have complimentary access to amenities that the general public does not, such as sunbeds, though such amenities may be available for a fee. Always look for Blue Flag beaches, which are considered the best in terms of quality and safety. 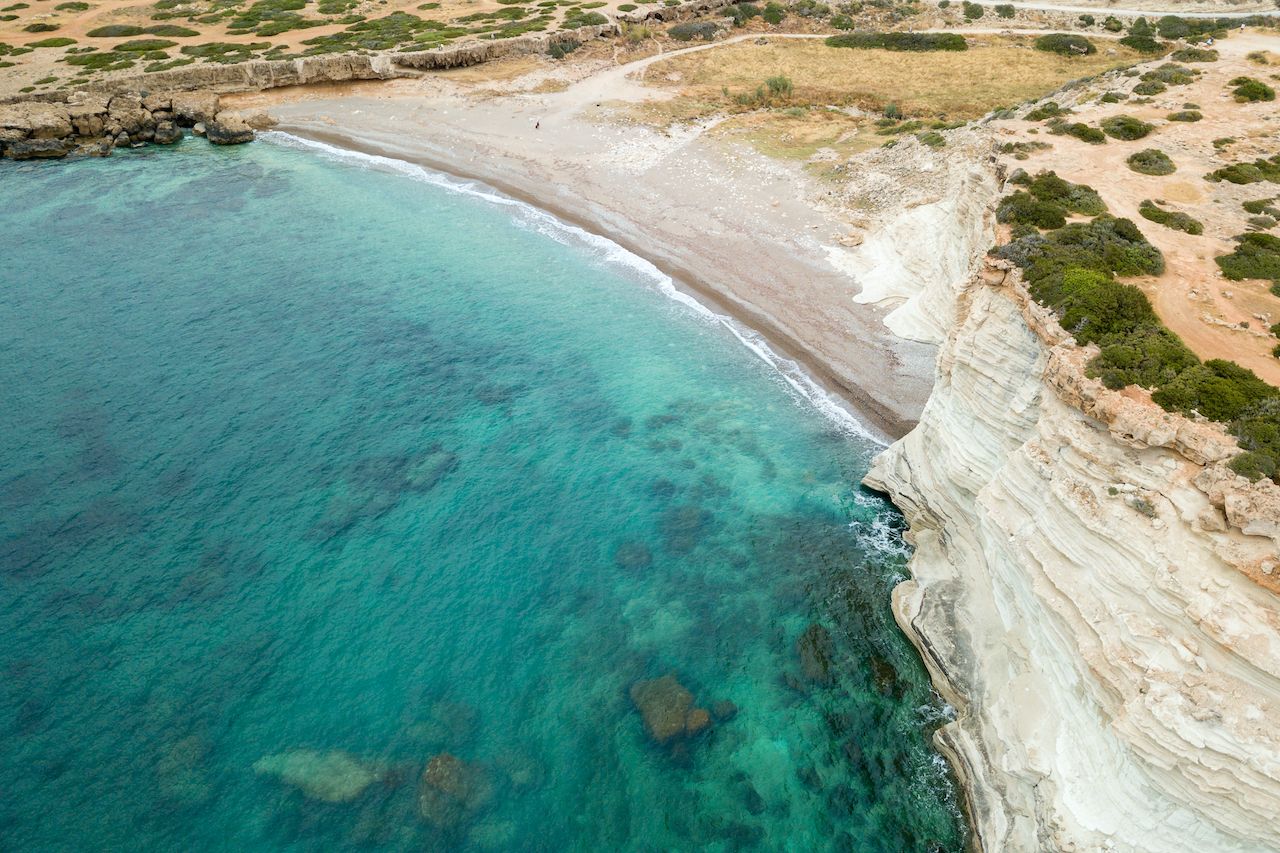 Lara Beach: A little paradise on the Akamas Peninsula in Paphos, Lara Beach is more populated with fauna like wild goats and green turtles than people. You’ll need 4WD to get there, as well as your own chairs and umbrella as the beach offers neither shade nor amenities.

Freedom Beach: This beach in Paralimni does have amenities, namely sunbeds and umbrellas, which are up for grabs at no cost. Similar to Lara Beach, it’s only accessible via dirt roads, but the off-roading here is less adventurous.

Cape Greco: Cape Greco is not your typical sandy beach but a headland near the tourist resort of Ayia Napa. It’s said that a sea monster lives here. As far as we can tell, that’s the only entity you’re likely to encounter while exploring the site’s quiet caves and rocky shore.