TROPICAL DESTINATIONS are the gold standard for many divers. The water is inviting, the reefs teem with colorful marine life, and in many cases wetsuits are optional. What’s considered cold-water diving is largely subjective. Some divers draw the line at 70 or 75 degrees Fahrenheit while others measure the water temperature by what millimeter wetsuit they’d be comfortable wearing, whether it’s a fullsuit, shorty, or nothing at all. No matter the metric, there are a handful of dive sites around the world that boast warmer waters than most divers would expect — opening up a whole new world of underwater destinations. From Iceland to Arkansas, these are seven of our favorite unexpectedly warm dive sites. 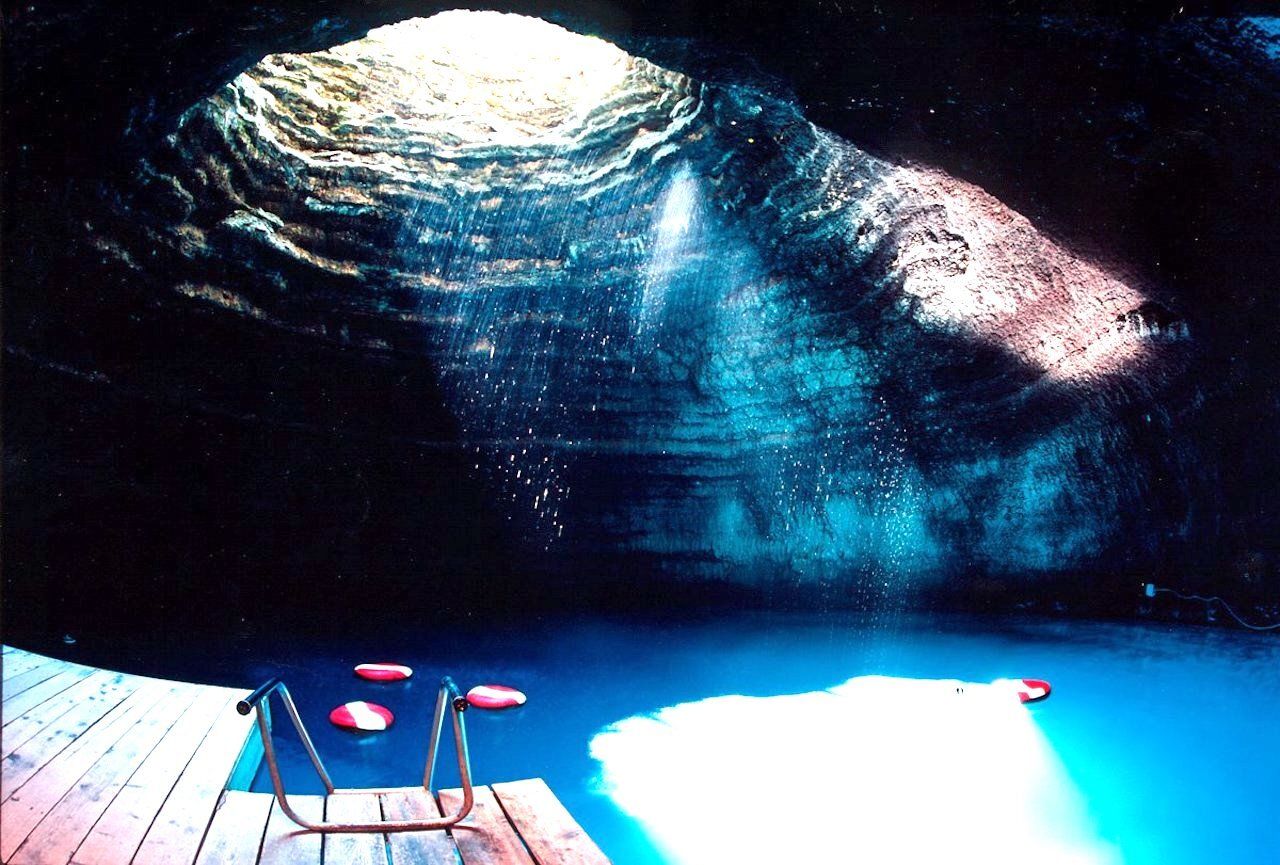 Photo: The Crater (The Homestead Crater)/Facebook

About an hour southwest of Salt Lake City, in Midway, Utah, the Homestead Resort offers one of the coolest (well, warmest) diving opportunities in the lower 48: a 10,000-year-old hot spring hidden below a 55-foot-tall karst formation. Created by snowmelt from the Wasatch Mountains, the Homestead Crater is heated by subsurface magma that keeps its mineral-rich waters, which plunge to 65 feet, a balmy 90-96 degrees year-round.

Divers can take a one-hour underwater tour for just $22 Monday through Thursday and $27 Friday through Sunday. Beginners are welcome, and new divers can even get their Open Water certifications inside the crater. Soakers, swimmers, and snorkelers are also welcome. There’s even a paddleboard yoga class on offer. 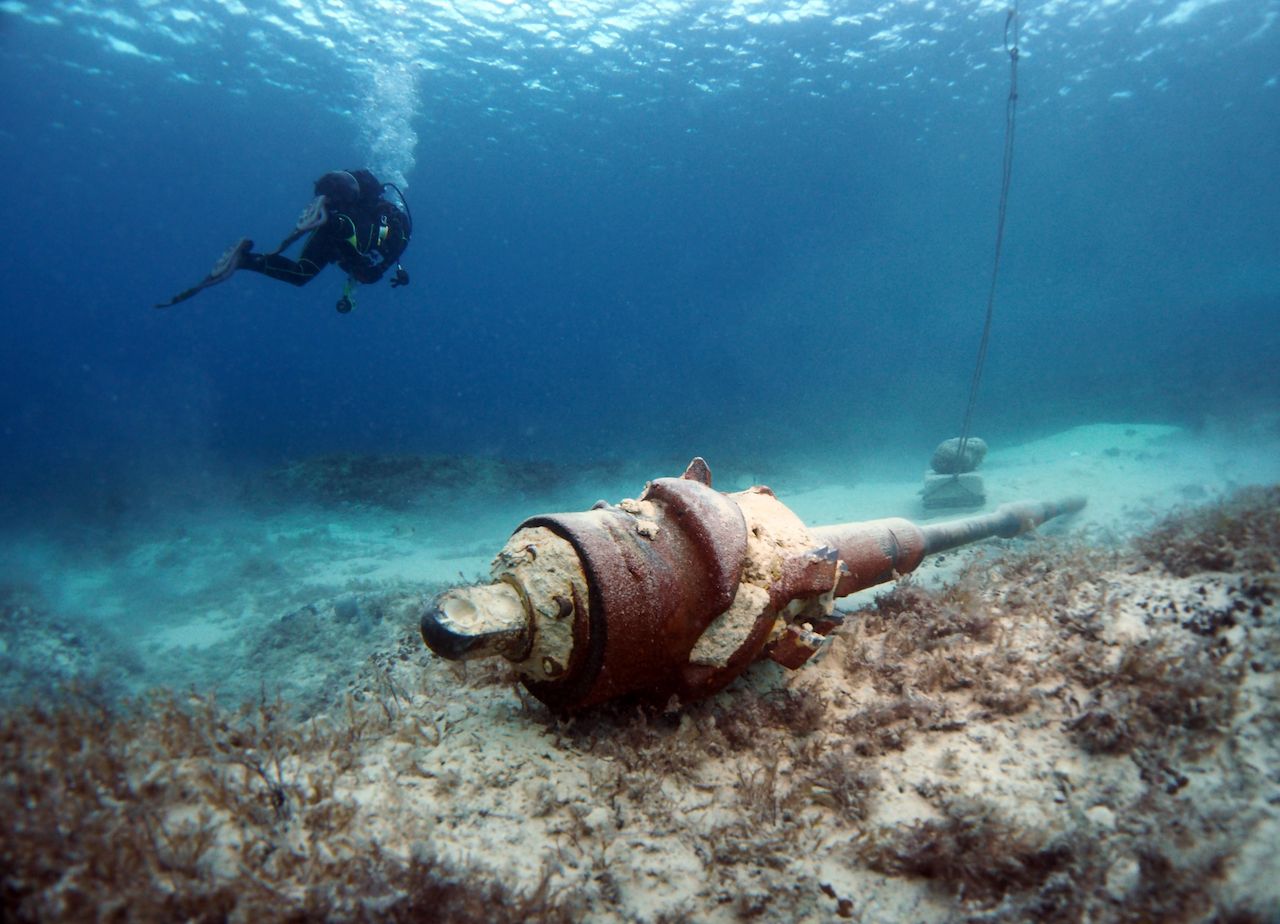 Europe is not the first continent that comes to mind when we think of warm-water diving, despite the Mediterranean climate down south. For the warmest waters, divers should head to Gozo Island, the second largest island in the Maltese archipelago after Malta, where the summer temperatures hover between 70 and 80 degrees.

Visibility up to 100 feet and a variety of interesting underwater terrain, from swim-throughs to caves, are two of the biggest boons for divers in Gozo Island. The Blue Hole is the most famous dive site in the area, alongside attractions like Zurziep Reef, Cathedral Cave, and Xlendi Bay Tunnel. Three popular wreck sites there are also not to be missed. 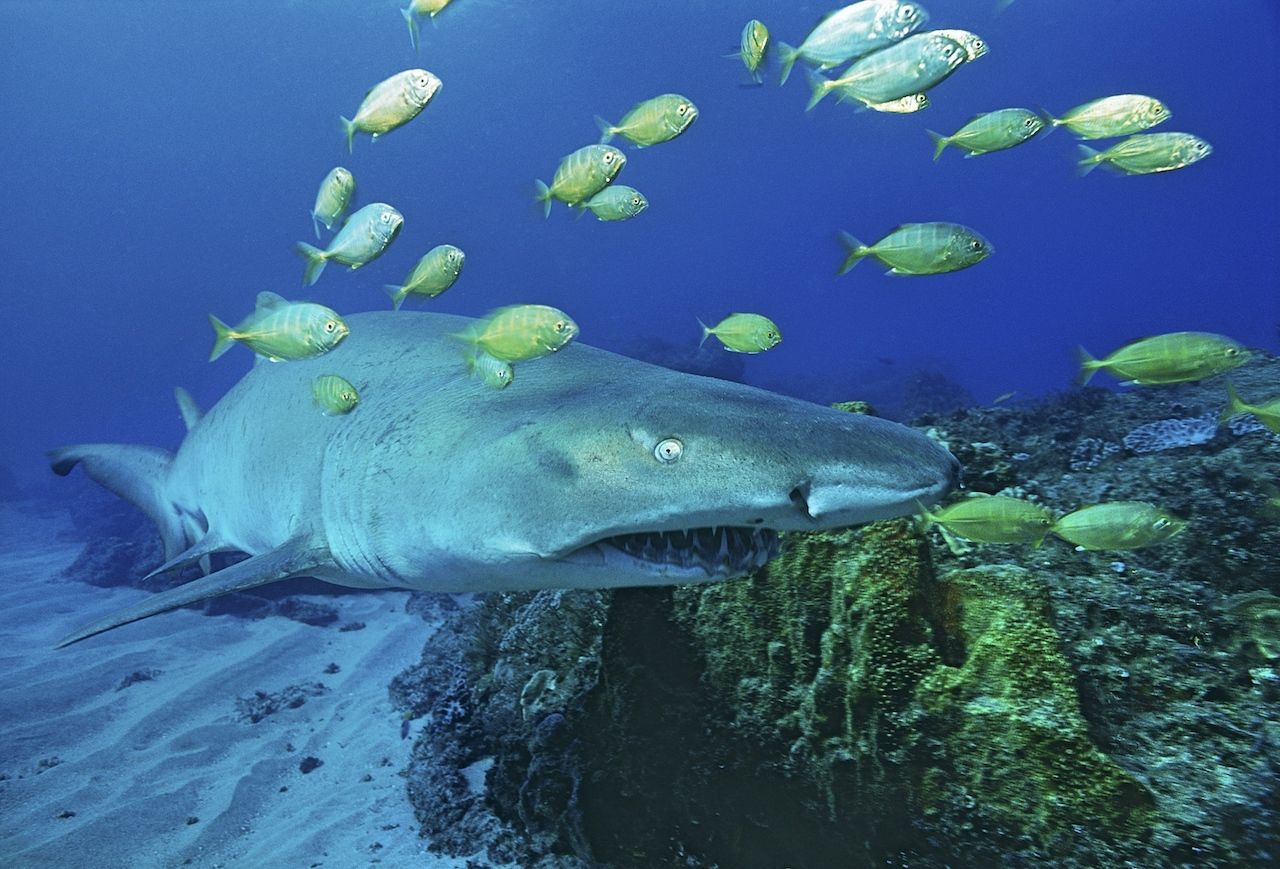 South Africa’s climate is generally mild, with the average daytime temperature hovering around 60 to 70 degrees depending on the season. The average water temperature is variable but typically similar, which feels a lot colder than it does on dry land. In Sodwana Bay, however, the water is pleasant and swimmable year-round, rarely dropping below 70 degrees with highs up to the low 80s.

Located on the Indian Ocean near the Mozambique border, Sodwana Bay, or Sordies, has been a national park since 1950. It’s home to the southernmost coral reef off the African continent, which attracts not only divers and snorkelers but also anglers. The visibility here is spectacular. Expect to be able to see at least 40 to 50 feet in front of you and as much as 130 feet. Look out for dolphins, whales, sharks, rays, turtles, and over a thousand different fish species as you swim, alongside more than 90 types of corals and sponges. 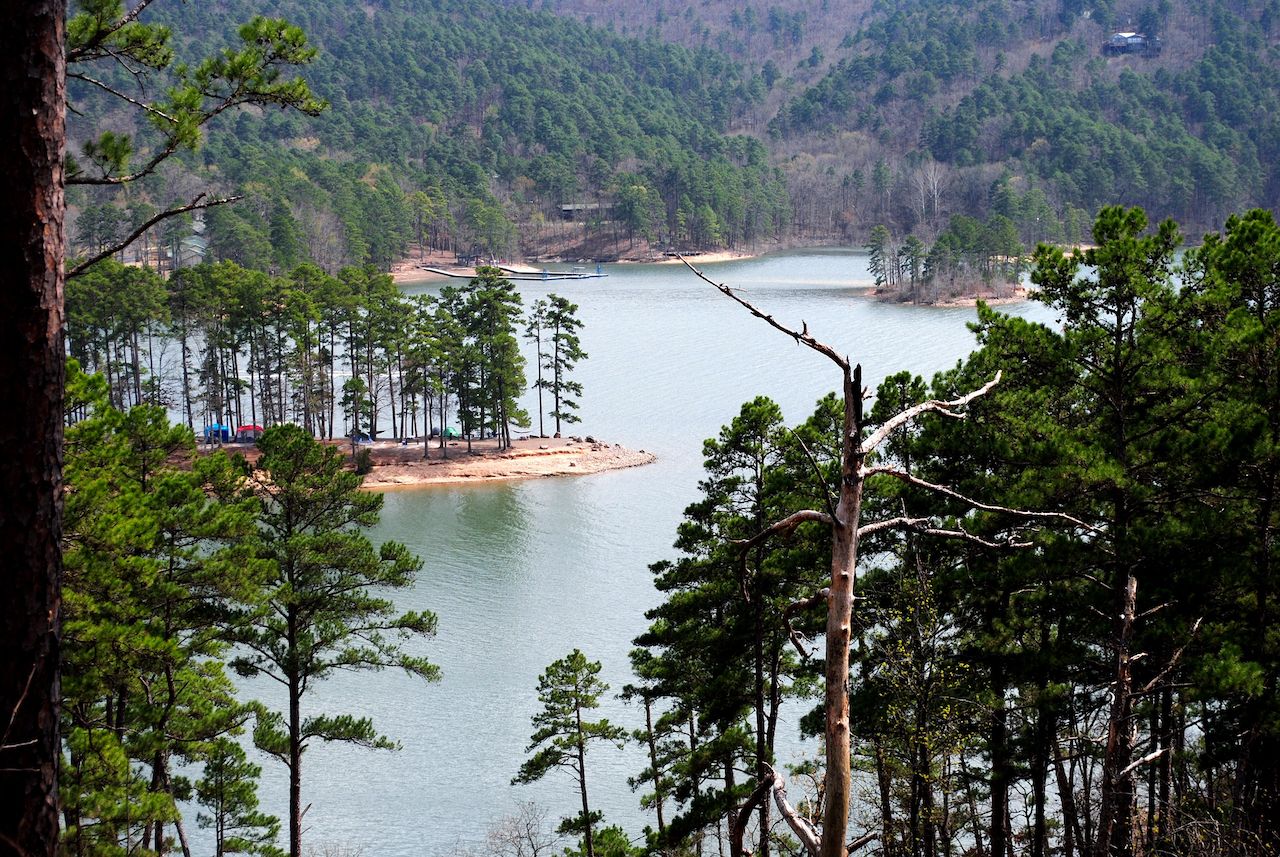 Lake Ouachita near Hot Springs, Arkansas, is yet another unexpectedly warm dive site in the contiguous United States. It’s the state’s largest lake with some 40,000 acres of inviting waters and more than 200 islands, which make for the best dive sites.

The water temperature is hard to pin down due to the lake’s thermocline, which refers to layers of water that are variably hot and cold. Even in the warmer months, the surface temperature can range from frigid 40s to balmy 90s, but the sun’s warmth can usually be felt up to 20 feet down. A three-millimeter wetsuit tends to suffice for shallower summer dives; anything deeper may merit seven millimeters. No matter your depth, Lake Ouachita promises solid visibility, at least 20 to 40 feet, as it’s considered one of the cleanest lakes in the country. 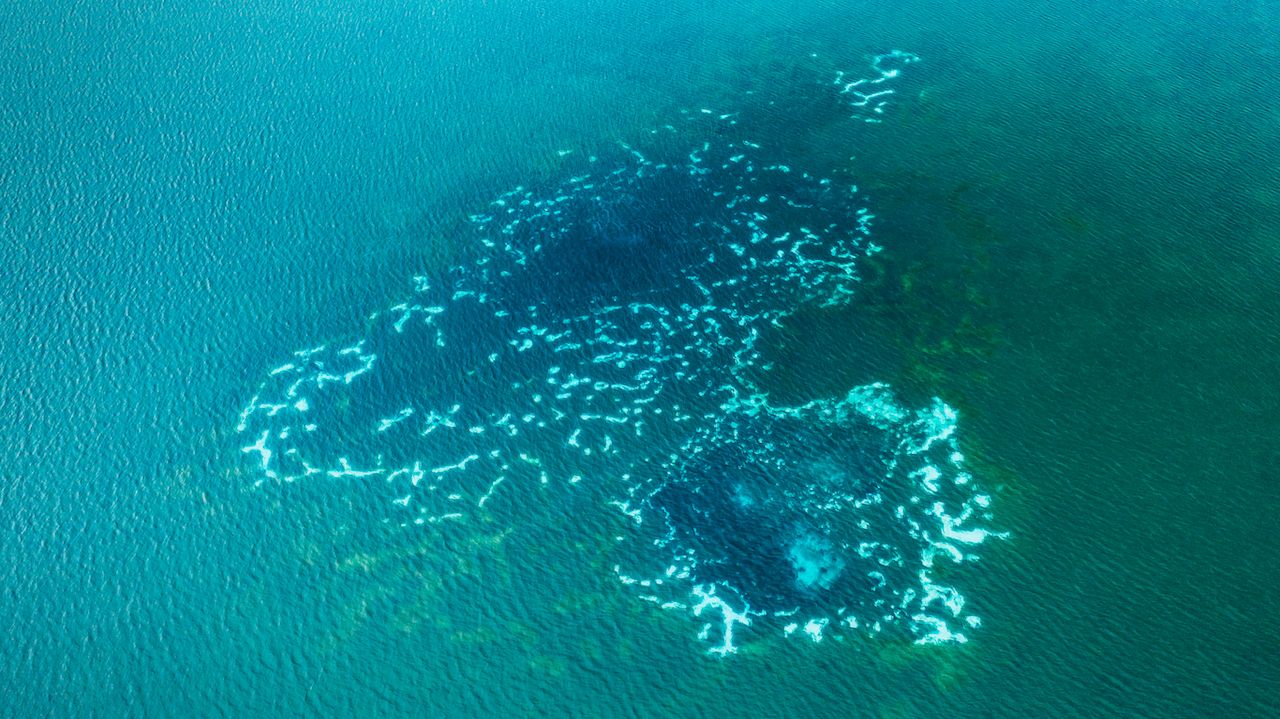 Iceland is not an unheard-of destination for intrepid divers, but Lake Kleifarvatn, located roughly 30 minutes south of Reykjavik, qualifies as an unexpectedly warm dive site compared to the rest of the country. It’s both the largest lake on the Reykjanes Peninsula and one of the deepest in Iceland, reaching depths up to almost 300 feet.

Geothermal activity explains the uncharacteristically warm waters, which can reach up to 60 degrees at the surface during summer, as the lake lies above the volcanic meeting point of the North American and Eurasian tectonic plates. It’s a shallow dive, capping around 40 feet, but that’s plenty deep to witness the air bubbles rising from the lake floor and even feel the surrounding rocks vibrate from the pressure. 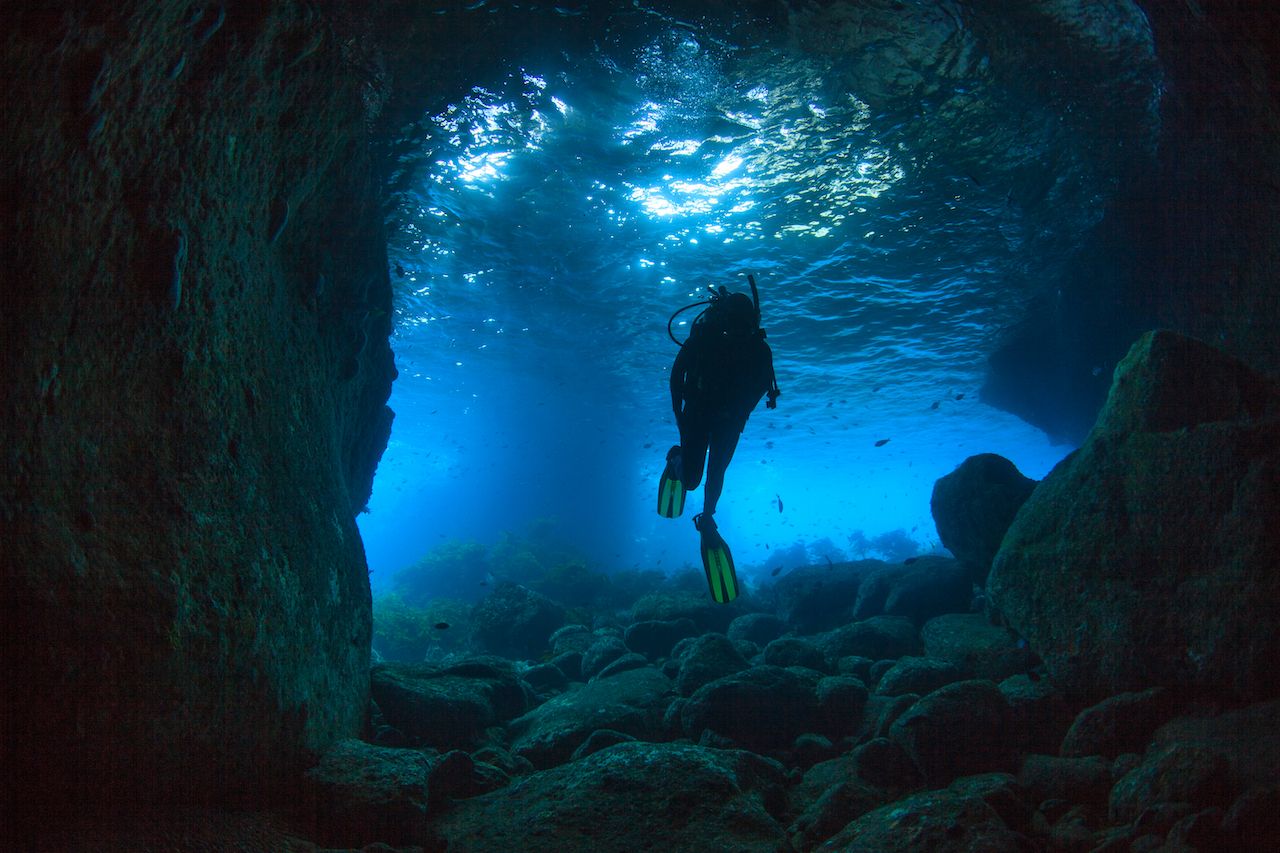 Despite its proximity to Australia, New Zealand has a much colder climate, meaning chillier waters that are less enticing for many divers. The Poor Knights Islands, off the northern tip of the North Island, are an exception. Though the temperature tends to taper off in the high 70s during summer, the islands sit at the intersection of tropical and temperate waters, with a warm current that’s carried over from Australia’s Coral Sea. The visibility is better from May to September, but November through May has the warmest waters.

Most visitors base themselves in the mainland town of Tutukaka, where several boat services ferry divers to sites like Blue Maomao Arch and Rikoriko, one of the world’s largest sea caves. Dolphins and whales are common sights, as are both Pacific game fish and tons of tropical species. Above all, divers are almost guaranteed to see rays, so keep an eye out. 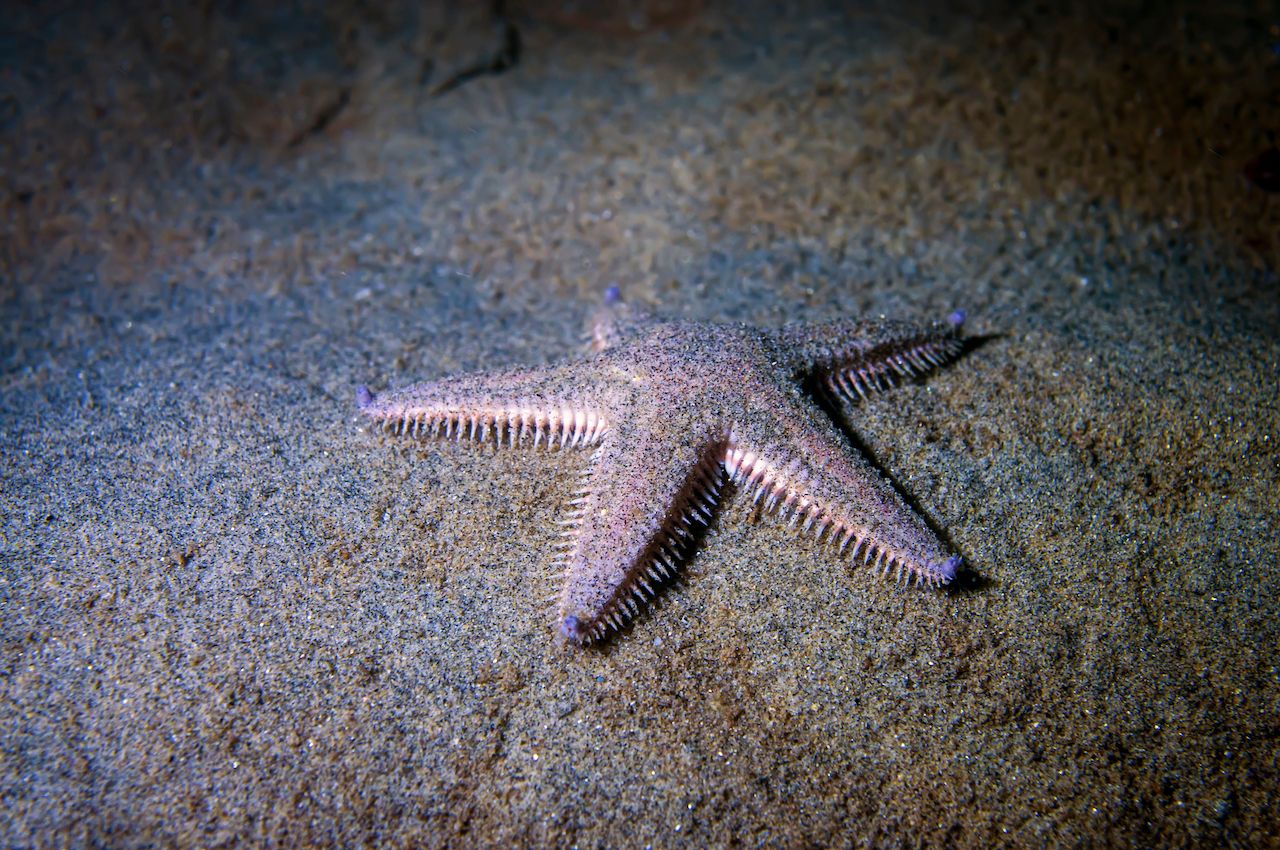 For a famously beachy state, California’s waters skew on the colder side. The water warms up the farther south you go, but even the Catalina Islands off the coast of Los Angeles, one of the most popular areas for scuba, keep many divers bundled up in seven-millimeter wetsuits. For the most unexpectedly warm dive sites in California, set your sights on La Jolla.

La Jolla is located just north of San Diego. It’s not the tropics, but the water here reliably reaches 70 degrees during summer. Among the highlights for divers are La Jolla Cove Ecological Reserve’s kelp forests and canyon wall, as well as boat dives in nearby Wreck Alley. Freediving with hammerhead, mako, and blue sharks is also possible here.

Yurts, domes and more: Unique campgrounds across the globe