Now reading: 7 stunning US train rides that are worth splurging on
Share
PrevNext

WHEN YOU THINK of grand vintage train rides, you probably think of something along the lines of a luxurious train route outside of the US that makes stops at a number of ornate and beautiful train stations. That’s understandable, as many parts of the world have a much stronger rail tradition than in the US. While there’s some catching up to do when it comes to train efficiency and accessibility, you don’t have to go all the way to Europe for luxury. From traversing the wilds of Alaska aboard the Denali Star to exploring the rugged West on the Colorado & Southern Railroad, there’s no shortage of epic train journeys in the US that are listed on the train tour company Vacations by Rail. They might not be cheap, but these US train trips are worth the splurge. 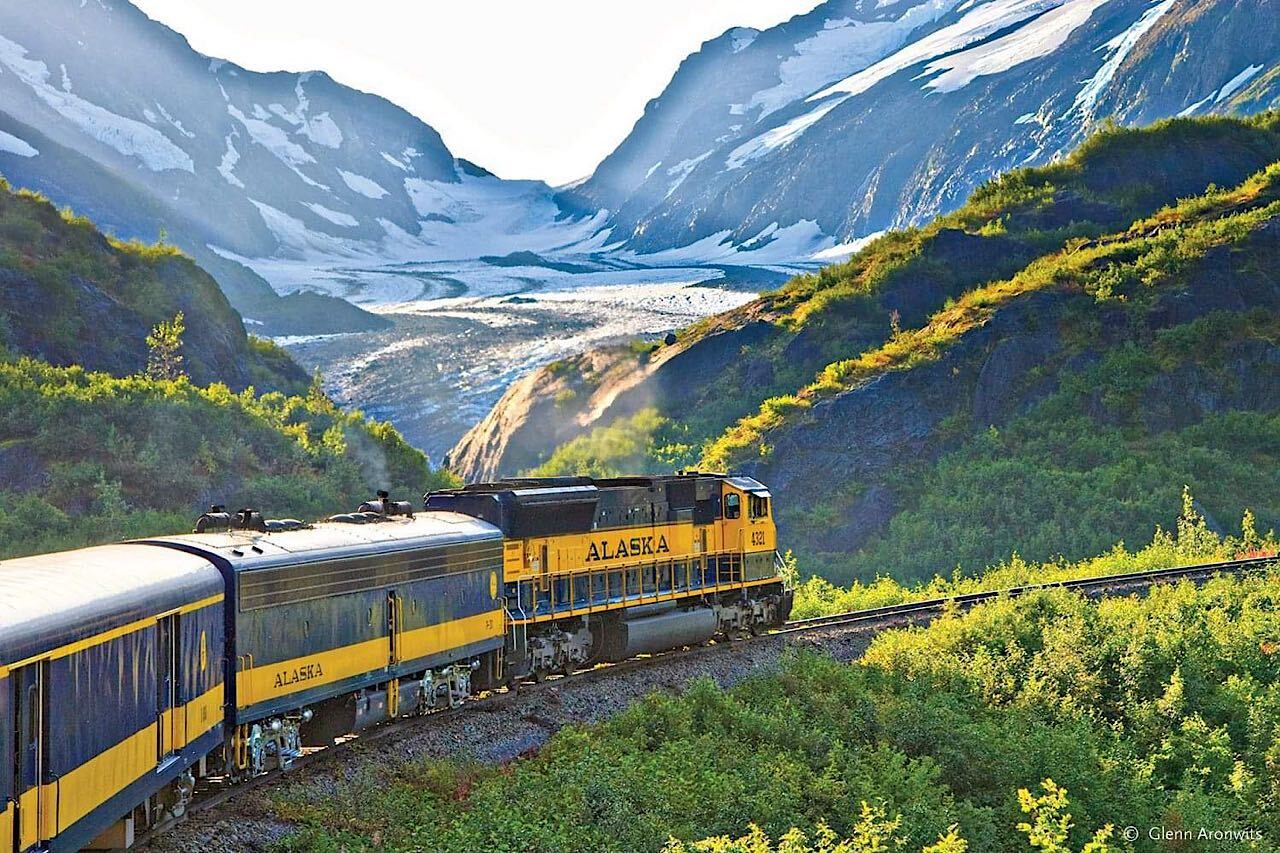 The nine-day Alaska the Greatland tour aboard the Denali Star and Glacier Discovery is one of the most far-flung US train trips you can take. It brings you from Fairbanks to the heart of Denali National Park, then back down through Kenai Fjords National Park. Along the way you’ll see wildlife in Denali, experience small town life in Talkeetna, visit the Chena Indian Village, and even go dogsledding. There’s also a glacier cruise through some of the state’s most dramatic scenery, and a riverboat tour along the Chena and Tanana rivers. The Denali Star is undoubtedly the highlight of the trip, taking visitors along the historic Alaska Railroad through rugged forests and mountain ranges. That includes views of Mt. Denali — the tallest mountain in North America. 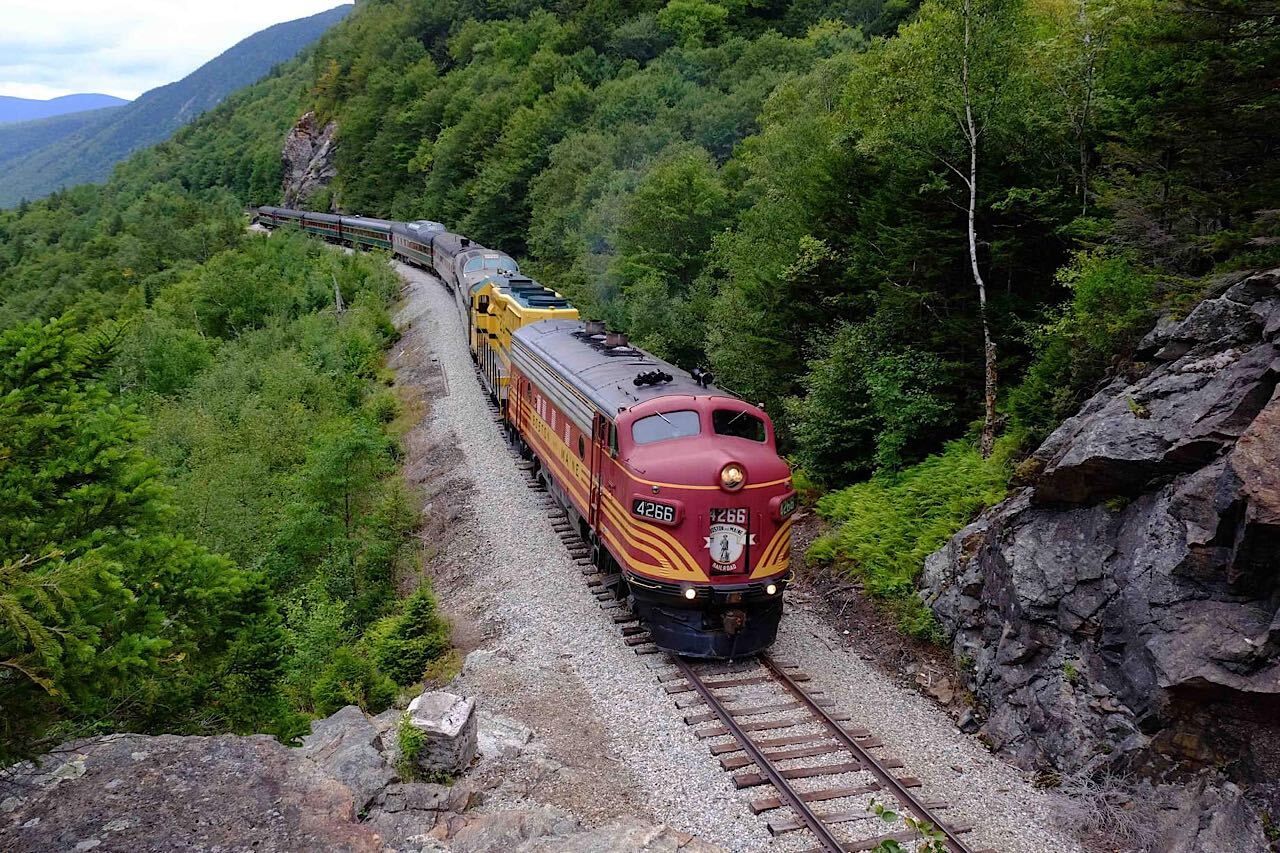 This eight-day journey through New England is one of the most classic US train trips you’ll find anywhere in the country. And it’s certainly better than any self-constructed leaf-peeping itinerary you might try to cobble together yourself. Starting in Boston, the trip first brings guests to North Conway, where they’ll travel along the Conway Scenic Railroad. The Cog Railway on Mt. Washington is up next, followed by Amtrak’s Vermonter train from Burlington to Brattleboro. Every leg of the trip will introduce guests to some of the most striking leafy hues they’ve ever seen. Lest you get bored of leaves, the journey also features Boston’s historic Freedom Trail, a trip to Mystic Seaport in Connecticut, and a look inside a lofty mansion in Newport, Rhode Island.

California is known for its towering redwood trees and its wineries, and this train journey allows you to see both in the same trip. At eight days total, the trip takes place on three separate railways. First, you’ll hop aboard the Roaring Camp Railroad’s Redwood Forest Steam Train to immerse yourself in California’s famous redwood forests. Then you’ll head to Yosemite National Park and take in the dramatic scenery aboard the Yosemite Mountain Sugar Pine Railroad. The final leg of the trip is likely the part you’ve been most looking forward to. The Napa Valley Wine Train will take you through the vineyards of Napa, Sonoma, and Healdsburg, and herein lies the true beauty of train travel: you don’t have to find a designated driver. 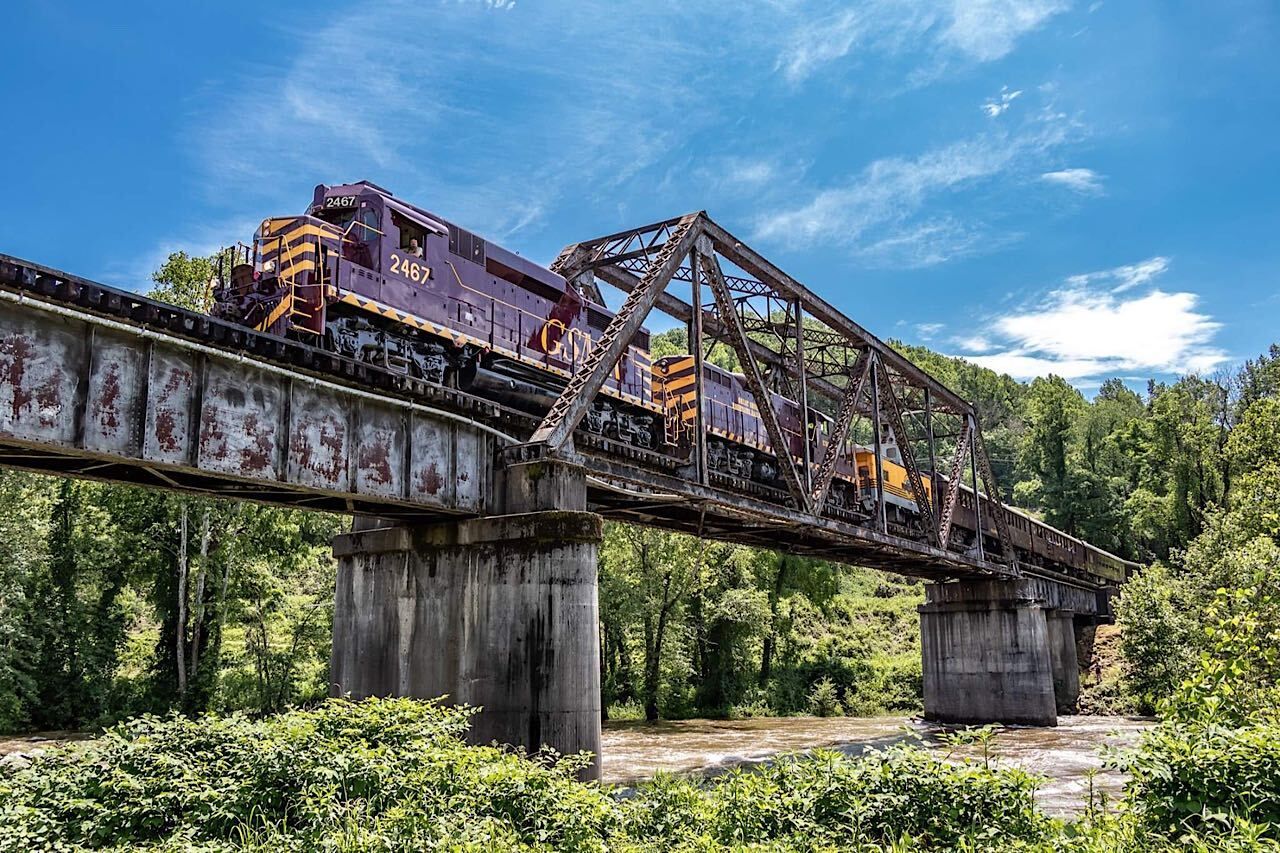 A nine-day adventure through the Great Smoky Mountains means traveling through some of the most historic, soulful, and vibrant cities in Tennessee and North Carolina, as well as exploring the mountainous landscape. You’ll start in Nashville before moving on to Chattanooga, Pigeon Forge, and then into the wilderness aboard several steam trains. Train rides include the Tennessee Valley Railroad’s Summerville Steam Special, the Incline Railway to Lookout Mountain, and Great Smoky Mountains Railroad’s Tuckasegee Steam Train. These trains will take you on a journey along the Tuckasegee River and through Great Smoky Mountain National Park, before arriving in Asheville, North Carolina to end your trip. In Asheville, you’ll have the opportunity to visit the historic Biltmore Estate and explore the city’s art galleries, and distinctive Beaux Arts, Neoclassical, and Gothic architecture.

6. Grand Canyon and the Southwest

The Grand Canyon is often at the top of travelers’ must-see lists, but it’s not typically associated with rail travel. This 10-day train trip brings you through Grand Canyon National Park aboard the vintage railcars of the Grand Canyon Railway. Beginning in Chicago, you’ll board the Southwest Chief train to Flagstaff, Arizona, before staying two nights at the Grand Canyon’s South Rim. Then you’ll head to Lake Powell for a boat cruise, Antelope Canyon to see its colorful walls, and take a jet boat ride along the Colorado River for a view of Utah’s red rock cliffs. You’ll see five national parks in total: Grand Canyon, Zion, Bryce Canyon, Capitol Reef, and Arches. Your journey will conclude in Grand Junction, Colorado, and by the end, you’ll feel like you’ve thoroughly explored the Southwest’s most stunning geographical features. 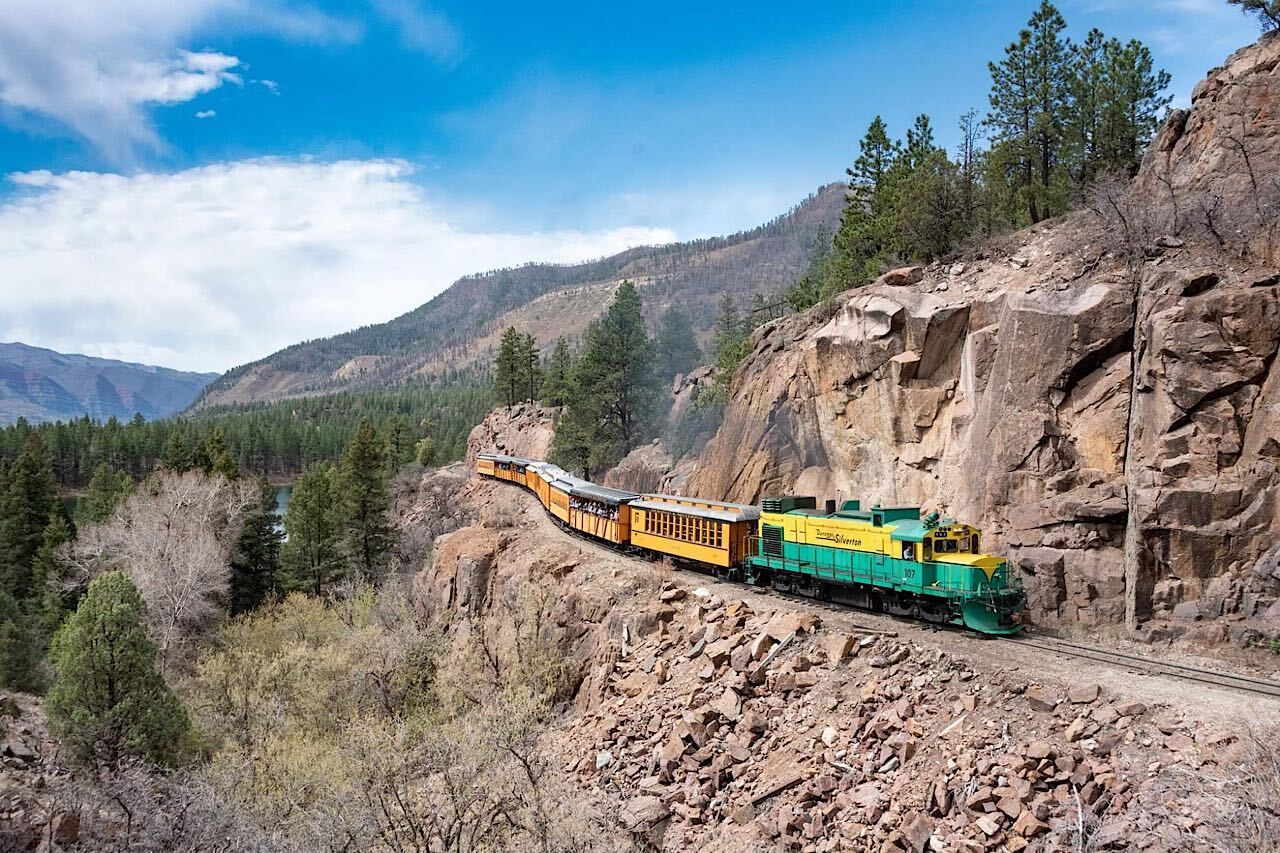 Setting out to explore the American West is a long-held tradition, but these days you don’t have to settle for a covered wagon — or even a clunky car — to do it. The Colorado Rail Experience is an eight-day expedition through the Rocky Mountains aboard six (that’s right, six), railways: the Georgetown Loop Railroad, the Leadville, Colorado & Southern Railroad, the Durango & Silverton Narrow Gauge Railroad, the Cumbres & Toltec Scenic Railroad, the Royal Gorge Route Railroad, and the Manitou and Pikes Peak Railway. As you plunge deep into the Old West, you’ll hear from experts onboard about the state’s mining and railway history. The trip, which leaves from Denver, also includes a visit to the Garden of the Gods, Breckenridge, and historic downtown Durango.