There's more than one style of American pizza 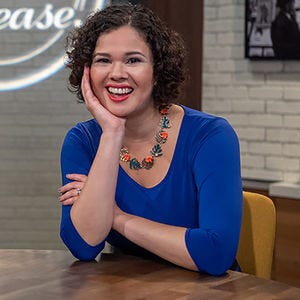 Americans love pizza. Though pizza is influenced by Italian cuisine, and partly inspired by flatbreads found throughout the Mediterranean, the dish in America has really come into its own. But American pizza is not one dish, and is rather a genre of nuanced dishes across the country.

Yes, there’s a high concentration of pizza along the northeastern seaboard in a region that some have called "The Pizza Belt," but there are so many other kinds of pizzas from different parts of the country, all serving up delicious slices of their own interpretations. 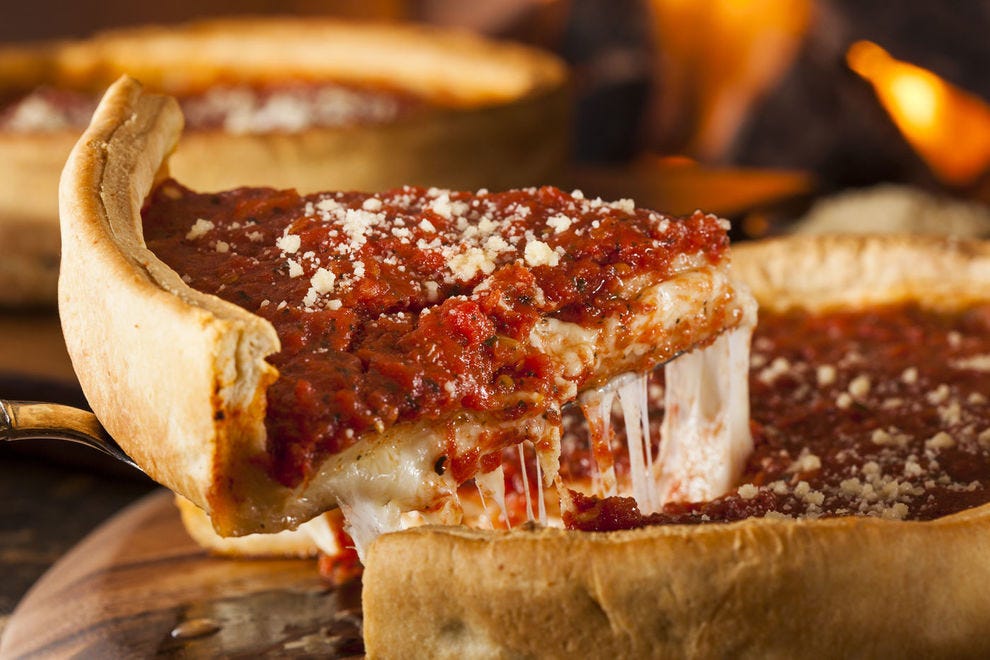 The Chicago deep dish pizza is a destination for pizza lovers. Its tall crust holds in a pool of tomato sauce and a generous layer of cheese. Digging into a deep dish is like a geological excavation because once it's sliced, it reveals dense layers of gooey dough, chunky sauce and a thick layer of cheese.

An excellent slice of deep dish defies pizza logic and gravity, and can somehow maintain its shape, almost like that of a savory cake. The Chicago deep dish is so beloved that it’s spun off multiple nationwide chains like Pizzeria Uno, the restaurant responsible for creating the dish in 1943, and Lou Malnati’s. 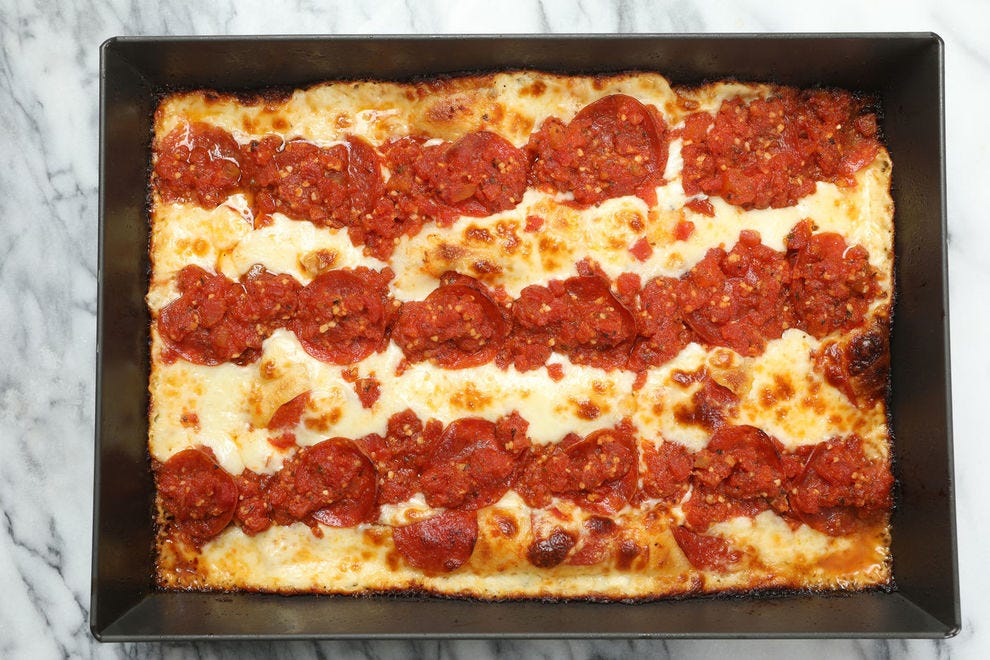 Not all pizzas are round. Some are of the Sicilian-style variety meaning they’re square and rectangular, and though the Detroit-style pizza falls under this umbrella of pizzas, there are other characteristics that set this pie apart from other square pizzas.

Notable differences begin with the pizza’s crust, which is thick, airy and spongy like focaccia. Next, you’ll notice that the order of toppings is different – the sauce goes on top of the toppings instead of on top of the dough, giving the pizza its nickname "red top." 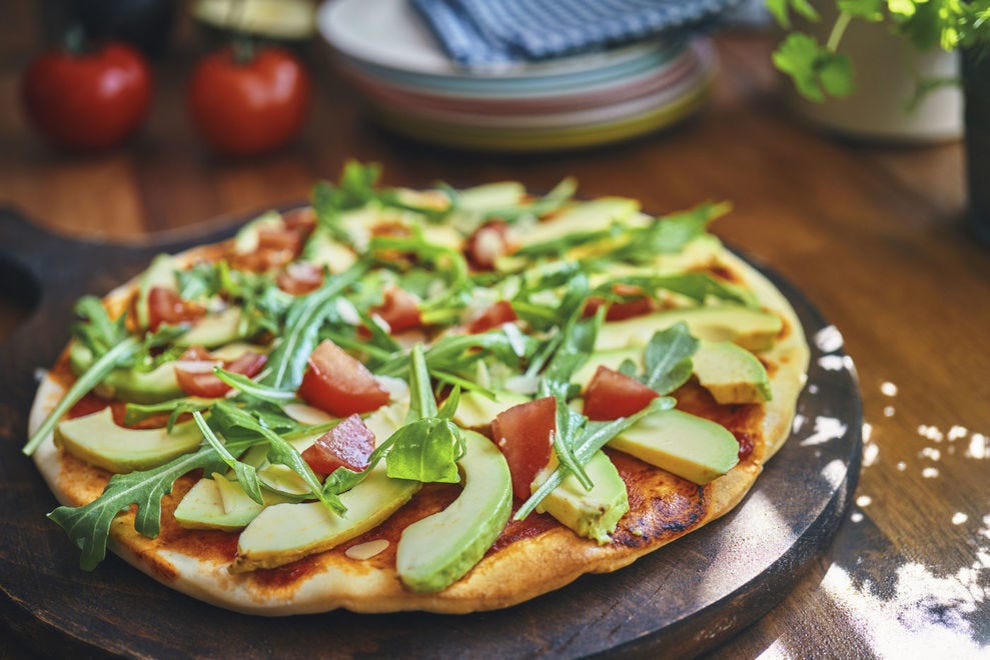 These pizzas tend to be thin crust and single-serving sized, and they're topped with healthier ingredients such as artichoke, corn and especially avocado. California-style pizzas also offer plenty of vegetarian and vegan styles.

Tomato pies may look simple – it’s a square pie topped in red sauce – but it’s a complex pie with a lot of depth and flavor. Generally, it’s called a tomato pie because it rarely ever has cheese and is a doughy pie topped with tomato sauce. The sauce is more like a paste and is thicker than that of a traditional pizza sauce. Tomato pies are also served cold or at room temperature.

Philadelphia is known for its tomato pies, where they’re served as a square pie. But there’s a Trenton, New Jersey tomato pie that’s round and has cheese beneath the sauce. These are not to be confused with the Southern tomato pie which is more of a savory pie than it is a pizza.

And even though most pizza strips are very similar to tomato pies served in Philadelphia and New Jersey – down to its square shape, the crust and the thick, tomato paste sauce – there are some varieties of pizza strips that are different, like the white pizza strips, which are topped only with oil, cheese and herbs. 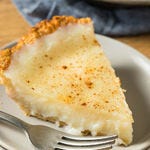 New York is famous for its pizza, and because it is the nation’s pizza epicenter, it’s also home to hyperlocal varieties. The Grandma-style is a distinct style of pizza that comes from Long Island, New York. It’s a square pie and is very similar to the Sicilian pizza, but there are a few differences.

For one, the crust is a bit thinner and crispier than the Sicilian pie. The cheese and sauce are also in a different order, with the Grandma-style pizza calling for the sauce to go on top of the cheese. 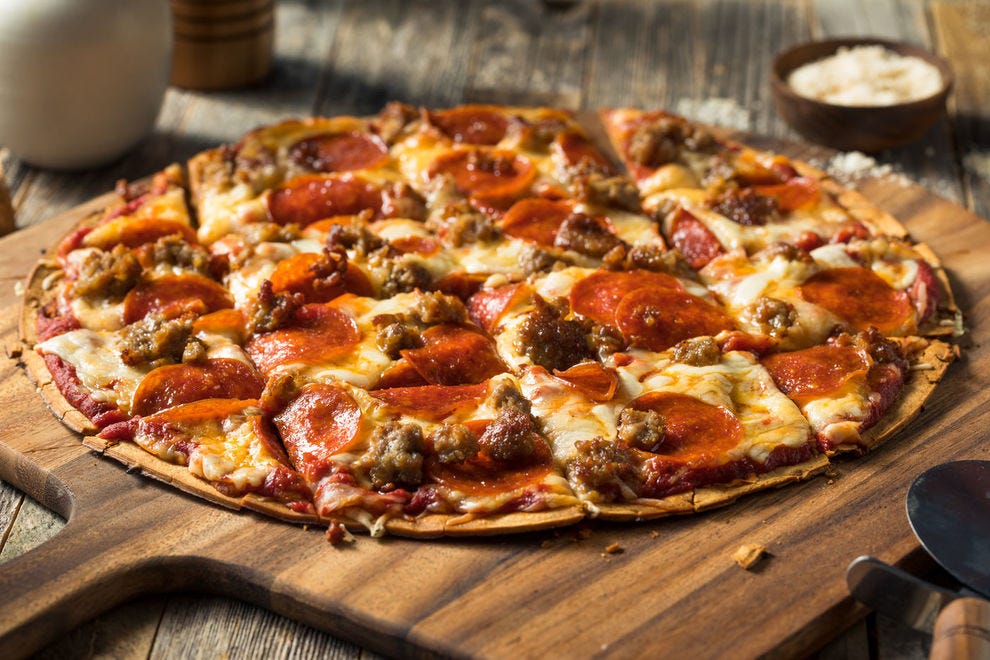 While some pizza varieties have subtle nuances, the St. Louis-style pizza’s differences are quite pronounced. Its crust is incredibly thin, almost as thin as a cracker because the dough is made with no yeast. The pizza is also topped with Provel, a processed cheese product that’s local to St. Louis.

And though the pie is round, it’s traditionally cut into small squares instead of pizza triangles. This pie might not be for everyone, but for those who know exactly what they’re ordering, they love it. 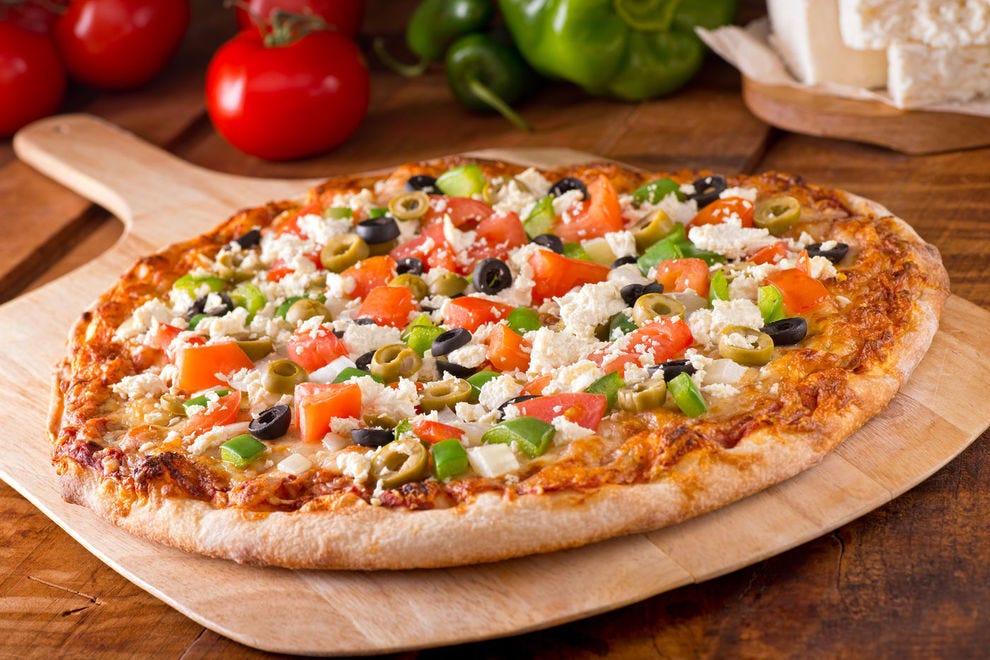 To bake a Greek pizza, a lot of oil is used – the pan it’s baked in is heavily greased and the dough is brushed with some oil before baking. This results in a dough that’s a little wet, a crispy crust and a bottom that is almost like fried dough. Another component to the Greek pizza are the ingredients, which are inspired by Mediterranean and Greek cuisine.

They’re usually topped with feta cheese, Kalamata olives and spinach, but some can also include pepperoni and other common pizza toppings. It’s a pizza that was developed in Boston in the 1960s and has expanded its influence throughout the rest of New England.

Like the mighty Rocky Mountains that ripple through Colorado, the thick braided crust of the Colorado mountain pie encircles the pizza like that of a mountain range. Instead of using sugar in the crust, this pizza uses honey instead, and it’s customary for diners to dunk the crust in honey as well.

Similar to the Chicago deep dish, the Colorado mountain pie is thick and piled high with an impressive amount of toppings. For that reason, these hefty pizzas are often sold by the pound.

When Ohio Valley pizza is put into the oven, it's similar to most other pizzas – it’s covered in a modest layer of tomato sauce and cheese. The magic of the Ohio Valley pizza happens when it’s taken out of the oven, and more toppings are introduced after it's baked.

Cold mozzarella cheese is sprinkled on top, and if it strikes your fancy, cold pepperoni as well. It is comprised not only of the hot ingredients, but cold ingredients as well, giving the Ohio Valley pizza a unique flavor and texture.

10 Places to Visit in Mexico (That Aren’t Tulum)

The snow moon will brighten up the sky this week